DUBEM OBAZE, THE MAN WHO GATHERED THE HIGH AND MIGHTY TO THE EAST, EYES NIGERIA SENATE SEAT 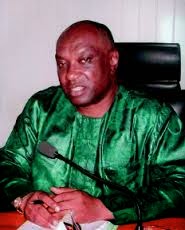 Twitter: @Osage.cerutti
Some are born great, some achieve greatness, and some have greatness thrust upon them
During his life time, one of the world’s best ever wordsmith, Sir Williams Shakespeare made few remarkable submission on the art of being great
Let take a few…It is not in the stars to hold our destiny but in ourselves., second was: Some are born great, some achieve greatness, and some have greatness thrust upon them, third: There is nothing either good or bad but thinking makes it so, yet another goes thus: All the world's a stage, and all the men and women merely players: they have their exits and their entrances; and one man in his time plays many parts, his acts being seven ages. And yet the final hits us: No legacy is as rich as honesty. All these goes to show that indeed some men are  really born great while some achieve it  and the rest have it bestowed on them, and the recent event that took place in the Eastern part of Nigeria is case study that indeed we can all have greatness bestowed on it if we work for it religiously
Venue was the historical town of  Ochuche Umuodu, the home of two lakes – the Oda Lake and the Otikwunu Lake. This is a small agrarian town, renowned for yam cultivation, farming and production of the Ogbuno condiment.
Indeed  HRH (Eng) Paul Chuka Agabah, the Eze Okoligbo II and Igwe Ochuche Umuodu, Town Union Executives, uexecutives and the entire people of Ochuche Umuodu threw an unprecedented welcome to all who traveled far and wide to honor a worthy son 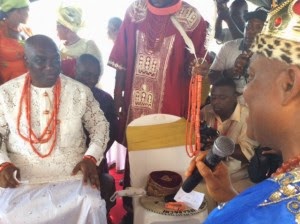 The mission was for  the singular purpose of honoring their dear son Hon. Dubem Obaze who served this state in his capacity as the honorable Commissioner for Local Government and Chieftaincy Affairs under HE Mr. Peter Obi the recent past executive governor of Anambra State.
This gathering is at the instance of
the Anambra North Traditional Rulers Council and is for the reception and title conferment on Mr. Dubem Obaze for his outstanding contribution to the development of Anambra State.
Their son Dubem Obaze distinguished himself as public servant, a worthy son, a proactive personality, a resource manager and a good team player.   In honoring, the people no doubt gave honor to the Obaze Family — a family long committed to public service.  For example, their late father, Mr. A.C.A. Obaze was an able local government administrator, who ran the Idemmili,  Aguata, Umuahia, Central Anang and Elu Elu County Councilis in the 1950s and 1960s.  Also, Hon. Oseloka H. Obaze, the dignified, very diligent and forthright Secretary to the Anambra State Government, is a good and shining example of the Obaze Family public service pedigree, while the other Obaze, business magnet Benny Obaze has brought fame and happiness to their family by clothing the high ad might in the Country and beyond.
The state of the Ogbaru Local Government Headquarters in Atani local is a testimony of Dubem Obaze’s mission and vision as Commissioner for Local Government and Chieftaincy matters. Our Local government headquarters now wear befitting looks and is very functional. Our community leaders, our royal fathers are better off today largely due to all his ideas and policies, while in office. His legacy as a Commissioner is evident in the twenty-one local government’s areas in Anambra State.
Dubem Obaze is a worthy son of Ochuche. It will trite trying to recount all he has done for us in Ochuche and for Ogbaru.  Suffice it to say that he a son in whom we are well pleased.
It may seem superfluous to say this; but many were surprised he accepted to be honored at this time knowing how much his people insisted that they wanted to honor him and his adamant refusal. He must have been too busy while in office or like his former boss, only willing to accept to be honored when and if his contributions are adjudged well by peoples him served. The latter seems more logical and he has aptly accepted to be honored for what the people
With several past and present Governors of little state in attendance, captains of industry and political elephants, one can right say that Duben is no doubt set to grab highest seat of responsibilities
Ever so humble and calm, it was a different Duben that BUSINESS PEOPLE encountered in Lagos last week, when he touched the center of excellence for a few business missions
Confronted for a chat, the high profile politician and philanthropist was emphatic in his revert, No no no. I will not talk on personal issue when my Country suffers from a deadly Ebola problem, and I will rather console with our President and Commander in chief, Dr  Ebele Goodluck Jonathan and all state governors on this outbreak.
The former LG czar, who is also member of APGA Board of Trustees (BOT) AND VERY DEEP ROOTED PHILANTHROPY, was at home when he spoke to us on the Ebola crises advising the people and Government of NIGERIA THAT WHAT IS NEED NOW ARE BASICALLY THREE THINGS:
“I have wept over this bad disease in our land. Basically what  we need now the ability to divulge information on the deadly virus called Ebola effectively, sensitize the people totally on the dangers of it and then educate the mass populace, we must come together in prayers and unity to wipe this Ebola from our land’’ he posited 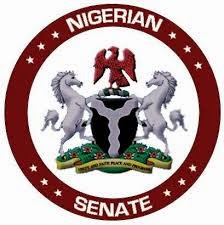 On his Senatorial ambition, the churches and business he has set up for many less privileged in the society among other gestures, the amiable mogul confirmed that yet indeed he is keen to play big time role in senate in the next political dispensation, but refused to go further, but the good news is that he promised CERUTTI MEDIA/WORLD INDUSTRY LEADERS a massive robust of chat at a better time
*WATCH OUT