Showing posts from April, 2017
Show All

3 Heavy Quotes By One Of Africa's Richest Magnate,Patrice Motsepe That Can Transform Your Mindset As A Worker 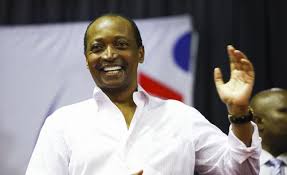 •I'm a sinner. I fumble. People must see me as one of them. The things that worry them, must worry me.   • One has to set high standards... I can never be happy with mediocre performance •My parents insisted that we should always be respectful, never forget where we come from and that we are part of the challenges facing our people.  • Brief Fact  on the mogul Patrice Tlhopane Motsepe - He was  born 28 January 1962 - He  is one of   South African's most respected mining magnate. He is the founder and executive chairman of African Rainbow Minerals, which has interests in gold, ferrous metals, base metals, and platinum. - He also sits on several company boards including being the non-executive chairman of Harmony Gold, the 12th largest gold mining company in the world, and is the deputy chairman of Sanlam. - In 2012, Motsepe was named South Africa's richest man, topping the Sunday Times' annual Rich List with an estimated fortune o
Post a Comment
Read more

PRINCE Raheem: An Ahmed Musa Apologist Defends Musa's choice Of Uyo Wife.. " She will give him immense Peace "

World Leaders .com publisher was  literally  attacked last night by Abuja based self acclaimed subject of out of favour Leicester city and Super Eagles forward Ahmed Musa Northern based Prince Musa Raheem accused World leaders .com and her sister company Cerutti sport mix of bias reporting on Musa' s game and his love life  "We read with regret all you wrote on Musa and often times defending  Jamila and we are shocked that you being a Jos born man will tow line of other media houses  " I can assure you Musa new Uyo lady will give him joy,no one succeeds in his job or game if no peace at home " Musa is nice guy who always carry his childhood friends along unlike others who comes to Jos for holidays with countless body guards "We must support him in his choice of new wife because the lady from Uyo means well and no one must judge Muss because he has his life to live" Prince Raheem stated categorically * More on Musa new wedding later © World Leaders
Post a Comment
Read more 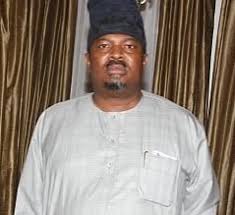 • • Rising media mogul, Jo shua Uloko who recently clocked the landmark age of 40 has listed one of Africa's foremost publisher, Chief Nduka Ogbaigbena- chairman and  Editor -In- Chief of This day newspapers as one of the men who motivated him with the " I can do it spirit " Speaking to World Leaders Site as part of his 40 years special series, Uloko told us exclusively at the Abuja transcop Hilton last week that " I can't deny it.. I have many mentors in the media business but Chief Nduka is top on the long list • WHAT IS IN YOUR HAND? Narrating his life lessons from Nduka, Oluko said " When I first started, my initial publication was like trash but Chief Nduka never underrated me " Once we met at a big function in On do he asked me what I have on my hand and I was ashamed to present my magazine because it was not neat work.. He took it and showed the celebrant of the event and there and then told all his friend
Post a Comment
Read more

Ever since the corporate site, World leader began the daily updates of the 2017 GTbank food & Drinks event, several readers have called in seeking to know the motivation behind such rare gathering So in a bid to satisfy yearning of our readers, we can authoritatively reveal today that  the GTBank Food and Drink Fair was created by foremost African Financial Institution, Guaranty Trust Bank Plc, as part of its efforts to empower small businesses.  The 2016 debut of the consumer-focused event received very positive reviews nationally and internationally, had over 90 exhibitors from the food sector and attracted over 25,000 guests over the 2-day period.  It was followed by the first edition of The GTBank Fashion Weekend, held in November 2016, which achieved a similar impact in the SME segment of the Nigerian fashion industry and featured over 100 exhibitors and about 30,000 guests. The GTBank Food and Drink Fair, which is free to attend, will expand on the favourit
Post a Comment
Read more 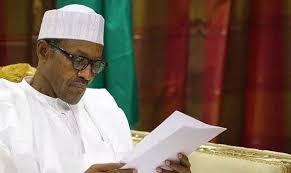 " God is the giver of life and health. We are grateful that He has seen our President through the worst period of his convalescence in London"- Garba Shehu  By Osagie Mike CeruttiCerutti E: youngchief@yahoo.com Amidst all manner of insinuations about the true state of his health, President Muhammadu Buhari has finally fought back and subsequently  assured Nigerians that despite doubt  about his alleged poor health, there is no need for apprehension over recovery. The Presidents spoke last night through  his Senior Special Assistant on Media and Publicity, Mallam Garba Shehu explaining why he had been out of public glare for a while. Said Shehu in a statement , “President Buhari’s absence at the Federal Executive Council meeting of Wednesday, April 26, was a last minute decision; otherwise, the cabinet and the public might have been alerted in advance. As eager as he is to be up and about, the President’s doctors have advised on his taking things sl
Post a Comment
Read more 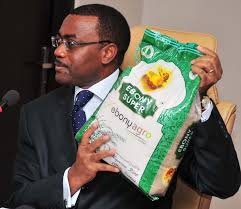 A lot has been said of the vision and agricultural work ethic of Nigerian born African Development Bank(ADB) President Dr Akinwunmi Adeshina Under him as Nigeria's former minister of agriculture, the farmers nationwide lived a prosperous life of harvest In an exclusive interview with World industry leaders Site, a front roll player in the country's agricultural sector, Prince Iyke Nnoka of Beeteec farms in Kwara, Lagos and Edo, gave Adeshina a part on the back and also  spoke on the immence joy and benefits of farming and what the government can do to lure many youths to the field. Q:On what inspired him  into farming? "I was motivated into farming because because of the hidden potential in that field for   without agriculture and food sufficiency there will be not be meaningful development in the country- for when you eat well you will think right" Q:On the the state of farming in kwara state where beeteec is presently running a pilot project.
Post a Comment
Read more
More posts