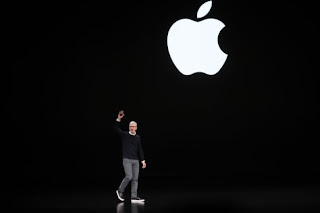 Blue Ocean Strategy in action or Red Ocean in motion? 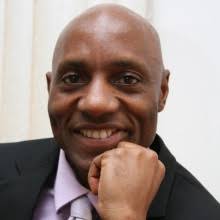 Given Apple’s sound reputation monopoly and its insanely legendary sense of innovation, when Apple sneezes, the competition catches a cold! With the latest launch of a News Subscription service in a fiercely competitive news market, it is not so clear which side will catch the cold this time around!
Strategy Professors W. Chan Kim and Renée Mauborgne in their best-selling book, Blue Ocean Strategy – How to Create Uncontested Market Space and Make the Competition Irrelevant describe two types of market playing fields: Red oceans, where competition is fierce in bloody waters, strategy centers around beating rivals, and wins are often zero-sum. The cutthroat competition often results in nothing but a bloody red ocean of rivals fighting over a shrinking and shark-infested  profit pool 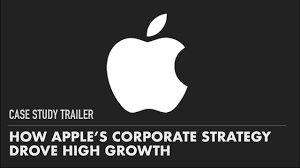 Blue oceans, on the other hand, is where a market space is new and uncontested, and strategy is built around creating a leap in consumer value, thereby making the competitors irrelevant. It is about unlocking new demand and outperforming rivals in a whole new level.
Apple, in an expansive effort to build more services to run on its various devices, has just rolled out a subscription service for news featuring some of the biggest newspapers and magazines on the planet.
The company said its Apple News+ (Plus) subscription will include access to 300 magazines, including The New Yorker, National Geographic, Vogue, The Oprah Magazine, Time and hundreds of others. It will also feature newspapers like The Los Angeles Times and The Wall Street Journal. The subscription will cost $9.99 a month and will start out from the United States and Canada.
Apple describes the new service as News you can trust, all in one place. Apple News promises to “provide the best coverage of current events, curated by editors and personalized for you. Dive into your favorite topics or discover new ones. And stay up to date with rich videos, breaking news notifications, and subscriptions to some of your favorite publications.”
The subscription service builds on a free news app that the company released in late 2015 that comes installed on the company’s iOS software. The news subscription is part of a series of announcements of Apple’s new services, including a streaming video offering.
The New York Times reported that the new services represent an evolution of Apple’s business model. For years, Apple focused mainly on selling hardware products, counting on consumers to upgrade phones and tablets every few years. But as technology and design improvements have become less apparent, demand for the iPhone, the company’s flagship product, has flattened. 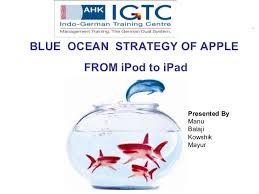 The company is now shifting its focus to selling content and services for Apple’s roughly 1.4 billion active devices, which include Apple TV boxes, Apple Watches, Mac computers and the iPad.
Apple already has 56 million subscribers to its streaming music service and it generated $10.9 billion from services in the last quarter of 2018, compared to $73.4 billion of hardware sales. Five billion articles are read on the current Apple News app each month.
Spotify and some other competitors in the streaming business are already screaming foul at Apple’s dominant strategy of stifling competitive services and .abusing the marketplace power of its App Store.
The question is will this News subscription service be another money spinner for Apple or will it eventually end up as another me-too news outlet?
The news segment is already a bloody red ocean with many entrenched players including Google News, Microsoft News, HuffPost, Flipboard, Reuters News, CNBC and hundreds of others.

Apple is however expected to leverage the Apple brand name, pedigree and psychological marketing tactics to change the rules of the game and redefine the market.

”This Is How We Do It” was the monster hit song by Montell Jordan some years ago. Will Apple soon be singing this song loud and clear over its latest News Service or will Apple quietly bite the dust this time?