Showing posts from August, 2022
Show All 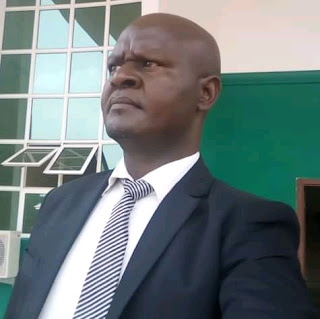 • Mazi Innocent Chigbu is a young NIGERIAN born freedom Fighter & human rights activist based in Europe Over the weekend, from his Europe base he had a long telephonic interview with World Industry Leaders Magazine and spoke on sundry national & international issues, enjoy the excerpt *On his recent  Appointment*  "In a freedom fighting movement such as the Indigenous People Of Biafra (IPOB) it translates to selflessness, commitment and increased responsibilities. *IPOB committed Soldier* For me, "committed Soldier for IPOB" is an understatement.  I  will die for Biafra, for the love of my people and the quest for their freedom. I have been to free world where freedom is the order of the day, I've seen and being with those enjoying freedom, I partook then reassured myself that my people deserves fundamental human rights and total freedom. For this reason I took and still taking part in necessary events home and abroad, ensuring that I play my role where req
Post a Comment
Read more

ABUNDANCE MENTALITY TODAY....Why you must Demand to be happy at this moment of your Life ( 3 top tips provided) 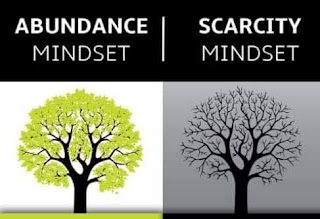 By Mike Cerutti osagie  " Many are depressed and unhappy about life . This is sad and pathetic "God did not create us to be depressed , so rather than be on the negative side of life; always seek to be happy "You must always be happy for this moment, for the moment is your life and you enjoy a life of abundance be content and demand to be happy at this moment" >3 Practical Tips to boost your happiness this moment> 1: Practice Daily Gratitude No matter how bad we think our problems are, you can almost guarantee that there’s someone out there with much bigger problems than us.  You may have heard the saying “I cried because I had no shoes, until I met a man who had no feet”.  We need to be grateful for everything we have in our lives and practicing daily gratitude is a great way to train our minds to have an attitude of gratitude. One technique for doing this , according to global brand Oprah Winfry is called “3 good things”, where every night, you simply write
Post a Comment
Read more 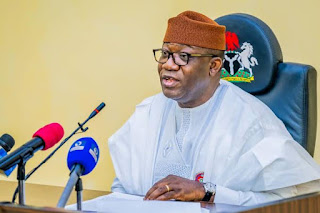 Prince Dr Chinedu Munir Nwoko popularly known as Ned Nwoko , the Nigerian born international lawyer, politician and philanthropist. Who was a member of the House of Representatives between 1999 and 2003 representing Aniocha North-South and Oshimili North-South and now eying a seat a senatorial seat at the 2023 General election has reacted swiftly to the allegation against him by NGF in a statement by the Director, Media and Public Affairs, Abdulrazaque Bello-Barkindo, over Paris Club refund, which his company, Lintas International Limited, handled, In his official reaction, the international legal expert posited “The NGF made hurried and futile attempts to cover up the germane, glaring and incontrovertible truths contained in my widely publicized press conference, detailing straight and factual sequences of my legitimate transactions and interventions as a consultant on the now famous Paris Club The NGF is talking about constitutional issues after collecting $86.5 million, N19 billio
Post a Comment
Read more

- August 25, 2022
• All over the world, early mornings , rape to the successful people are usually time for positive affirmation and good planning for a prospectively positive day ahead  In this token quote, Mrs Awosika , role model per Excellence and former Chairman, First bank speaks on power of delebrate preparation Her words on marble " If you must build your life to the level you have always desired - you must have deliberate plan of action  " For you to attain genuine success in life; you must talk less and do more ; for talk is so cheap. You must always have deliberate plan for each stage of your life and each and every day ,never  leave your plan to the universe or to God to help you with  miracles or manna from heaven , you may wait in vain without delebrate plan of action for your life" • Brief on Awosika Ibukunoluwa Abiodun Awosika is a rekowned  business woman, big State  motivational speaker, and an author. She was former Chairman of First Bank of Nigeria. A Board member of:
Post a Comment
Read more 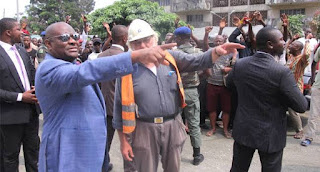 By Mike Cerutti osagie " To  to be great is to be  misunderstood" - Socrates The advance Oxford dictionary defines an enigmatic fellow as * A person or thing that is mysterious or difficult to understand. Such can no doubt be said of the Mr project Governor of Rivers State in person of Ezenwo Nyesom Wike  a native of  Obio Akpor,  in Rivers  State who was born to Reverend and Mrs Nlemanya Wike  A lawyer and politician who is famed for his fearless nature in all fronts Wike is legendary when it comes to talk and do and all his landmark projects are there for all to see  A man born from a very humble background, Wike  after his law school, ventured into politics. He was the  Chairman of Obio-Akpor Local Government Area of Rivers State between 1999 and 2007, and a chief of staff to Governor Rotimi Chibuike Amaechi between 2007 and 2011. Between 2003 and 2011, he was the National President of All Local Government Chairmen in Nigeria. He became Nigeria's minister of state for
Post a Comment
Read more 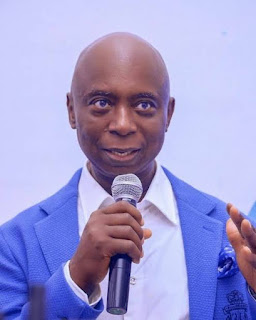 The truth  is finally  out and now, Dr Prince Ned Nwoko, the lead consultant for the recovery of over deductions from Paris and London clubs debt buyback funds, says his firm was being owed $68 million, not $418 million. We can authouritatively reveal    Mr Nwoko was reacting to the flurry of allegations and claims trailing his company’s demand for the payment of fees from the accounts of state governments and local government councils in the country, on Saturday in Abuja. The Lead Consultant of Linas International frowned at the recent outbursts of the Chairman of the Nigeria Governors Forum (NGF), Governor Kayode Fayemi of Ekiti, regarding the Paris Club refund. The Minister of Justice and Attorney General of the Federation, Abubakar Malami, had featured at the weekly briefings coordinated by the Presidential Media Team, on August 11, where he spoke extensively on issues surrounding the refund, He stated that there was no basis for agitation by the NGF concerning deductions from the
Post a Comment
Read more

That Big PR Blow on Nigeria...As Emirates Pulls out 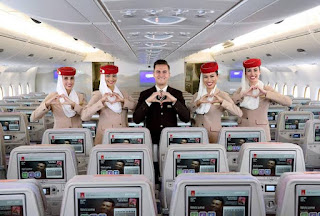 T he giant of Africa flies into another storm Nigeria has suffered a big public relations and investment setback as Emirates suspends its operations to Nigeria from September 1st. This was confirmed in a statement by Emirates, the world’s fastest growing airline. The statement revealed: “Emirates has tried every avenue to address our ongoing challenges in repatriating funds from Nigeria, and we have made considerable efforts to initiate dialogue with the relevant authorities for their urgent intervention to help find a viable solution. “Regrettably, there has been no progress. Therefore, Emirates has taken the difficult decision to suspend all flights to and from Nigeria, effective 1 September 2022, to limit further losses and impact on our operational costs that continue to accumulate in the market. “We sincerely regret the inconvenience caused to our customers, however the circumstances are beyond our control at this stage. We will be working to help impacted customers make alternat
Post a Comment
Read more

Almost all over the world Singles families ( especially mother's c) try to bring up their children like other families. They also face stigmatization in some societies where they are rejected and disapproved.  In addition, some religious sectors like Islam and Christianity do not show open support for single parenthood, especially if its causes are contrary to their beliefs. Maureen Mennor Nwaezeigwe is the founder of Singlemomhood Support Initiative. In this interview , she disclosed how she was touched by the emotional trauma of failed marriages and the heavy burden of parenting which single mothers are forced to live. This spurred her to set up a forum that would provide them with emotional, financial and psychological support.  Maureen explained that although she had always been concerned and was giving succor to single mothers she came across, she never really appreciated what they were going through until she became a single mother herself two years ago. Excerpts:  Why are y
Post a Comment
Read more
More posts