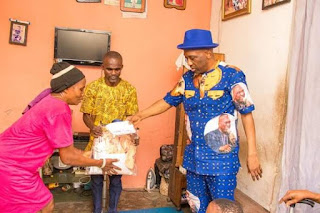 By Mike Cerutti osagie The great mother Therese once stated.. " If you can't feed 100 then feed just one" And Such is the life of  This Clergyman  who gives tirelessly.... Primate Ayodele tells you why  His words  " A lot of people globally have asked me why I often love to give on my birthday when the rest of the world love to receive and recieve " You see, let me make a confession,but for God intervention I won't be on earth, my mother passed through severe pain on my way to the great world,she almost didn't make it with me,it was intense unprecedented pain and push before I could come out  " Many years after my arrival, I am still remembered of my mother's pain and how God intervened " So I vowed that as long as I live,I will continually thank God by touching lives of those in pains..those in needs..those who can't enjoy the basic necessities of life; I do all these to celebrate my mother and God who brought me from nowhere to world
Post a Comment
Read more 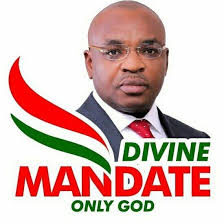 In more than seven years, udom Emmanuel has kept Akwa Ibom afloat through massive investment in Agriculture,  healthcare, Education, industrialization, and infrastructure. Udom investment in Aviation industry, turn out to be a commercial success, and renewed hope  in ability of states to generate wealth. Established in 2019, Ibom Air has grown in size and operation to dominate the Nation's airspace, with 99.8 percent schedule reliability and 96 percent on - time performance. Udom Emmanuel  has created a new model in Leadership  with the establishment of several industries, such as a syringe factory, Metering Company, flour mills company, coconut virgin oil refinary,  plywood  manufacturing  company, power substation, rice mills, and cassava processing mills.  Udom's desire to reinvent Akwa Ibom and make it attractive  not only to the investment community but also to the common man has led to the construction of several roads and bridges. Under his watch , Akwa Ibom has consiste
Post a Comment
Read more 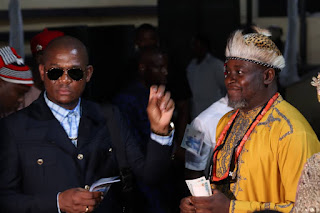 The event was a most amazing and historical session, this is what the flamboyant Igwe has to say to the world " I am delighted to behold the presence of everyone at this historic occasion which hilariously marks my 50th year Anniversary Celebration. I owe immeasurable gratitude to God who it has pleased to sustain me in these five (5) decades of my sojourn on this planetary enclave despite torrents of vicissitudes and challenges.  "I am equally not ungrateful to my relations, in -laws, friends, well wishers, spiritual and temporal leaders and all lovers of humanity who have known me from Adam and have motivated and inspired me to remain steadfast and faithful to my creator and to the principles of moral etiquette. To begin with, let me appreciate in a special way the esteemed presence of my fellow Traditional Rulers and their Ugoezes, members of the Oha Uratta Council including Ndi oha Akwakuma for their impressive support to me since I was crowned the Eze Udo III of our comm
Post a Comment
Read more 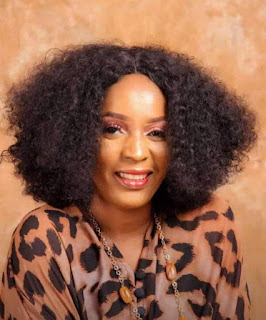 Work ! Work !! Work !!! Was it not the great Francois Marie Voltaire who once mused thus " Work is king for work banishes those three evils: Boredom, hunger and poverty" And so true to this quote, The Africa's Young Entrepreneur Series caught up recently with a very hardworking woman called Tochukwu Aderibigbe , armed with a passion for organising hitch-free events which  has been her  dream over the years.  Infact even when she was in paid employment years back, somehow she  still had by the side her  ushering business. Recently, she decided to take her  unique passion to a whole new level by registering an ushering business with the Corporate Affairs Commission using the name *O'Malicha Hostesses.*  We caught up with her to tell the world about her new business venture Her words " Thank you very much for this rare honour!  *O'Malicha Hostesses* is an event management outfit with a mission to help take the stress of organising an event off the organiser.  &q
Post a Comment
Read more 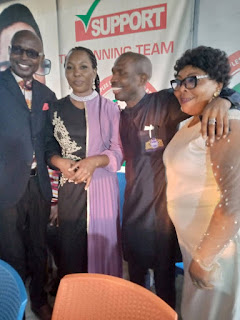