Showing posts from October, 2022
Show All 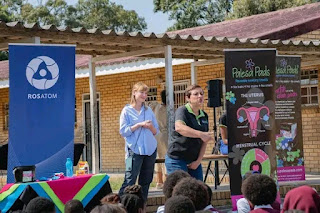 As a strategic way to celebrate the October 11  International Day of the Girl Child and for the second year,  Rosatom conducted a series of events to bring awareness to the unique challenges girls around the world face. On October 19-20 1,000 girls from four East London’s schools – Aspiraza Primary School, Cranberry Primary School, Nontuthuzelo School and Pefferville School – were provided with personal care products sponsored by Rosatom Central and Southern Africa. Rosatom along with the Families South Africa, a non-profit organisation specialising in relationship counselling, organized the event. The hygiene products were supplied by Palesa Pads, which manufacture reusable hygiene pads with a shelf life of up to 5 years providing an affordable, reliable and environmentally friendly long-term solution.  The event was also supported by “Union of women in nuclear Russia” - a professional women's community in the nuclear industry, uniting female specialists and residents of nuclear i
Post a Comment
Read more

The great business mogul and hotelier per extraordinary, Sir Conrad's Hilton of the famous Hilton hotel chains once said of his impressions of hotel life "When you get into a hotel room, you lock the door, and you know there is a secrecy, there is a luxury, there is fantasy. There is comfort.  "For nothing  makes you feel better than when you get into a hotel bed, and the sheets feel so good. Why shouldn't you wake up like that every day? So learn to spend money on your mattress and bedding because these things make a difference on your sleep and, ultimately, your happiness" No doubt a great quote about hotel life and with that we present you the story of the consistent brand hotel, Lagos Airport hotel which will be celebrating her 80th anniversary today  Yes, the  Lagos Airport Hotel, Ikeja will be 80 today October 25, 2022.  And to celebrate it, the management  lined up various activities which started last  Friday, October 21, 2022, with a Jumat service at th
Post a Comment
Read more 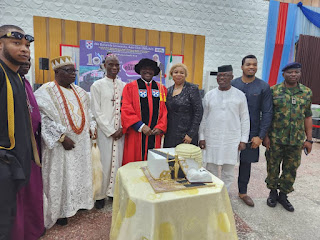 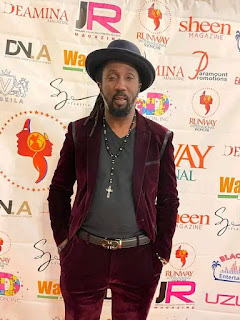 The revered Oxford advance learners dictionary describes a philanthropist as * a person who seeks to promote the welfare of others, especially by the generous donation of money , other resources or their time  to good cause And today, such is no doubt the most apt way to paint our humanitarian subject matter of today in person of the Nigerian born but USA domiciled Prince Dandy Chukwuezi aka Jalo-  a man of truly many parts Now into big time business, the astute Igbo born fellow is into singer cum promoter; Model and also  actor based in  Maryland USA A man who has  been in the showbiz &  entertainment big stage since  the late  80s , he was the founder of Yobase boutique and entertainment one of the foremost celebrity spot in the city metropolitan lookout and  cosmopolitan city of Owerri in IMO state, Nigeria He is  a top promoter from the word go and was one of the men that elevated the reputation of the now top international fashion designer in America in person of Dhabry- Khenc
Post a Comment
Read more

It is Here Again......Big Stage Set For The Grand 2022 Dreams model next super models extravaganza show... The Convener , King Daniel Isong Welcomes Corporate Giants on Board 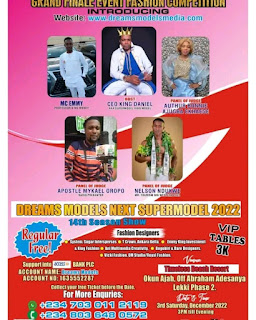 •As the 14th Edition of the internationally famous Dream Models next Super models extravaganza show gets set to roll off, King Daniel Isong aka Mr King Model, who is the brain behind the dream last night extended a hand of friendship, networking and partnership on the Country's top corporate organizations to be part of this years show stopper Highly rated as one of Africa's top veteran talent Hunter, King model reputed to have groomed over 150 models from the local scene and gave them career break all over the world, stated that the prospective sponsors in the 2022 Dreams model next super models extravaganza show will gave  to gain with their brand presence well on display at the historic event " We have been in this event for 13 consistent years now, grooming and helping young talents showcase their gift and make good money abroad, we therefore use this medium to invite  Companies  to be part of it  and have their brand, image and advertising copies on display before, dur
Post a Comment
Read more 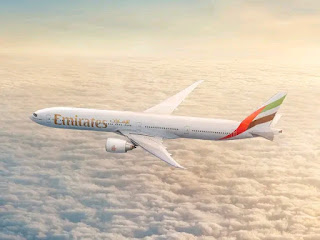 As  schools break for mid-term holidays and a peak travel period kicks off from the 14 October onwards, Emirates announces a myriad of ways to ensure a smooth and swift travel experience for families, including new updates to the Emirates app and digital check-in options. All passengers are advised to arrive to the airport up to 3 hours before their flight and take advantage of Emirates’ multiple smart technologies to ensure seamless travel during the busy period. 1.  Plan everything on the Emirates App Passengers are encouraged to download the Emirates app on their mobile phone to get all the flight details at their fingertips. Users can now track their baggage, as well as book and change flights, download a digital boarding pass for most destinations, check what meals will be served onboard, book their chauffeur drive service and even pre-select and plan movies to watch via the ice inflight entertainment- so that no time is wasted in getting the kids comfortable and happy onboard. 2.
Post a Comment
Read more 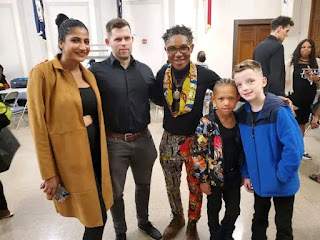 The great  $250 million Worth Danzel Washington  was point blank right in his submission  that ... "Productivity is never an accident. It is always the result of a commitment to excellence, intelligent planning, and focused effort. For a goal without a plan is just a wish.”  Such truism was recently brought to pragmatic light last week when the Nigerian born American domiciled international fashion creator , Dhabri-khenchy electrified the  prestigious Baltimore War Memorial building with AfricanArtMagic   the much anticipated  Runway International Showcase 2022. Renowned for  breaking new grounds with an  exceptional African Art of Style fashion presentation derived from his  over 3 decades of fashion experience.  The Afrodenim originator Dhabry- Khenchy was at his exceptional best at the Baltimore international Run way event in America The Corporate Cerutti Media Group can reveal to our global readers today that the  Inexhaustible African Fabrics which is the   creative vehicle o
Post a Comment
Read more
More posts