Politics Now.. Ahead 2023: Why Peter Obi is Nigeria's Best Option, by NAMO

" Where there is no vision, the people perish "- King Solomon

Nascent pro-development and democracy group Nigeria Anew Movement (NAMO) has thrown its weight behind the presidential aspiration of Mr. Peter Obi of the Labour Party. The Group urged Nigerians to resolve to save their country from the abyss by uniting as one people and vote Peter Obi as President in the February 2023 Presidential election.

Addressing a well attended Press Conference in Lagos, NAMO’s National President Alhaji Umar Sanda Adamu stated that Nigeria needs a unifier, a leader with capacity, strength of character to guide the country away from the precipice. That leader, he avowed, is Peter Obi whom he described as a leader who is untainted by endemic corruption; a clear thinker, a pragmatist and above all a bridge between the North and South, between the young and old generation.

Peter Obi, NAMO’s presidential pick, is one of the presidential frontrunners. The Group contended that Obi  is the most suited among the four leading candidates and therefore the best man to assume the presidency come 2023. It described Obi as a breath of fresh air in the present polluted political environment in Nigeria to which his major competitors contributed enormously in wrecking. 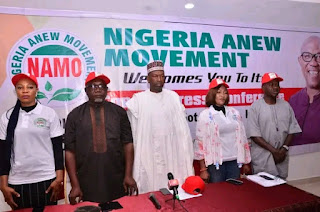 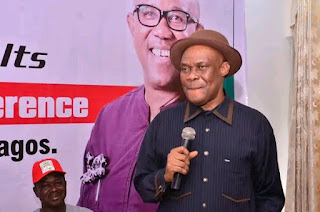 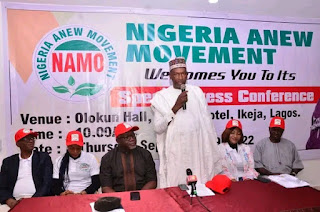 According to Adamu, the preference for Obi, was predicated on criteria that include. Experience, Track Record, Prudence In Governance, Intellectual Depth, Ample Commitment to the Common Good, Mental and Physical Energy, People Centered Leadership and Pan Nigeria Vision. On most counts, he disclosed that Obi came out tops hence the Group adjudged him the preferred candidate for Nigeria’s topmost job.

In his own remarks, Mazi Omife .I . Omife, a Co-Convener of the Group stated that Nigeria is in dire straits a situation that warrants all hands to be on deck in the quest to salvage the tottering nation buffeted on all sides by a combination of insecurity, bad economy, ethnic tension occasioned by herdsmen attack and cattle rustling. Omife, who is a Past President of the influential Association of Past Presidents of Local Government Areas in Anambra state canvassed for like minded people to support their choice of Presidential candidate. To him the time to reject ethnic politics is now and what is needed is a clean break from the present faulty system.

Earlier in a solidarity speech the Summit of Nigerian Think-Tank, a United Kingdom based Group of Nigerian professionals stated that Nigeria can not be allowed to continue to drift. The speech signed by the chairman of the offshore group Ignatius Ozoilo called on Nigerians of all creed, social class and ethnic origin to unite behind the Peter Obi candidacy as the  country  cannot afford to continue with the politics of ethnicity and divide and rule.

Ozoilo harped on the need for a leader with useful experience and the determination to change the present faulty system. He re-echoed NAMO’s conviction  that Obi is the best candidate for the job and noted that in times of profound national challenges such as ours, nations need steady hands to steer them out of crisis. Peter Obi, he contended, is that steady hand Nigeria needs now. 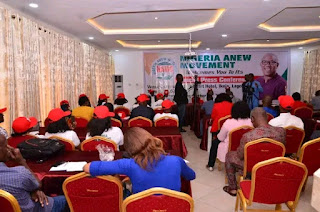 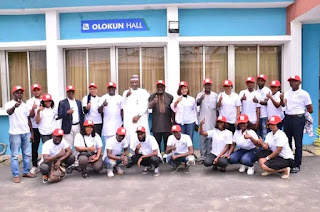 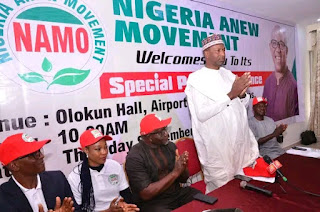 The Nigeria Anew Movement (NAMO), in furtherance of its support for Peter Obi’s candidacy has  earmarked a series programmes to help actualize its objective of getting Obi elected President of Nigeria come 2023. The programmes include Road Walks, Town Hall meetings, Youth Forums and Strategic Engagements with critical stakeholders in the many states and cities penciled down to ensure the success of the very elaborate nationwide programmes. 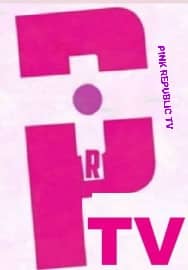 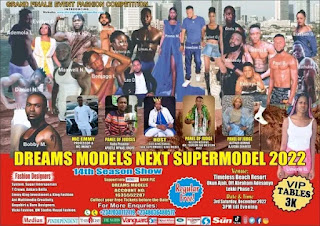 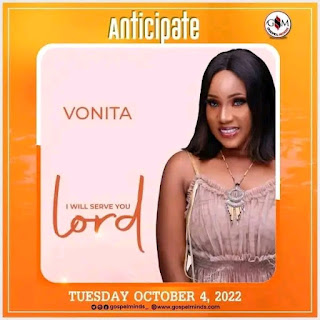