The 2nd International Fishing tournament was concluded on September 7-8 in the PRO ANGLERS LEAGUE format, and brought together athletes from 10 countries (including Russia) at the Gulf of Finland.

The European tournament for spinning for fish from boats, was held close to the Leningrad NPP, Russia's largest operating nuclear power plant in terms of installed capacity and one of the first in the world to receive cutting-edge Generation III+ VVER-1200 reactors offered by Rosatom globally.

The geography of the tournament has expanded greatly. In total, 26 amateur athletes took part in the competition. They are representatives of Russia and countries where Rosatom implements or plans to implement nuclear power plant construction projects: Armenia, Hungary, Egypt, India, Bangladesh, Kazakhstan, Uzbekistan, South Africa and Turkey. 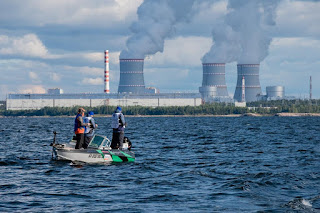 This year, fishermen from India Arunabha Sannigrahi and Santosh Jaiswar came first. The representatives of the Fishermen's Association of India thanked the organizers for the amazing event: “During these two days, we lived through some incredible experiences, did our favorite thing – fishing, did it not far from a nuclear power plant, visited the station itself, which, of course, amazed us with its size and high technology. We hope that Rosatom will continue to hold such tournaments, and we will be happy to take part in them.”

At the end of the event, the official awards ceremony took place. Fishermen from Egypt and the combined team of Russia and Egypt scored second and third prizes, respectively. A participant from India was awarded a special prize for the “biggest catch.” A team from Uzbekistan was awarded a prize in a special nomination “the determination to win.”

Fishing competitions allow, on the one hand, to strengthen the bonds of people’s diplomacy, to demonstrate that the inhabitants of the countries of Rosatom's business interests belong to the global nuclear community, and, on the other hand, to demonstrate the safety of nuclear power plants for the environment, including the flora and fauna of nearby water bodies. 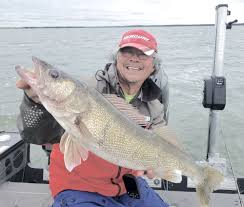 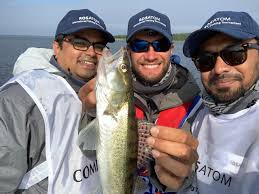 The participants of the tournament were able to verify not just the richness of the Gulf of Finland with fish, but also its cleanliness thanks to the dosimetric control. After weighing, the fish was released back into the sea. In total, 203 fish were caught with a total weight of more than 7 kg. Vladimir Inozemtsev, the two-time world champion and seven-time winner of world championships, head coach of the Russian national team, was the chief judge of the competition.

President of the Rusatom International Network Vadim Titov noted: “Although the event is held on such a wide international scale for the second time, Rosatom has been organizing fishing competitions in near-station water bodies for more than 10 years. We attach great importance to such events, because for us it is an opportunity to demonstrate that nuclear energy is a clean source of energy, that nuclear technology and nature complement each other. And we are happy that our guests from nine countries were able to see for themselves that clean fish lives in the immediate vicinity of the nuclear power plant, which has been operating for almost half a century.”

As part of the tournament, the participants visited the Leningrad NPP, located in the town of Sosnovy Bor, and were able to get acquainted with the work of the nuclear power plant. Today, the Leningrad NPP is a unique engineering structure that combines two types of reactors on its site. The participants also visited the town itself, where industrial nuclear power has been developing for half a century, and new types of reactors are being put into operation. They met with local authorities and got acquainted with the inhabitants of the city. 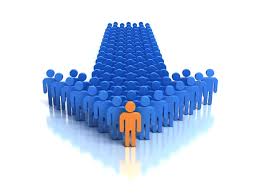