On the morning of June 16th 2022, vast majority of Nigerians woke up to learn of the hugely surprising news that Alhaji Abubakar Atiku has finally up his mind who he wants as his choice for the VP position

It was reported that the  presidential candidate of the Peoples Democratic Party (PDP), Atiku Abubakar, had dumped the River State Governor, Nyesom Wike, as his running mate despite speculations of his recommendation by a special panel set up by the party.

The former vice president eventually settled for his Delta State counterpart, Ifeanyi Okowa, as disclosed by the party 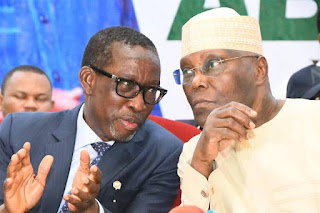 Giving reason for selecting Okowa, Atiku said he wanted a vice president with the qualities of a president who could succeed him at a moment’s notice, noting that he “held wide consultations to seek input.”

He said his running mate has to be ready to work with him from day one in tackling the challenges besetting the country, adding that he had promised governors of the party that he would choose from among them.

He expressed regrets that he could not take all those shortlisted as he must only select one, which he said was a difficult task.

While announcing the Delta governor as his choice of running mate, Atiku explained that Okowa satisfied all the qualities he hard outlined. 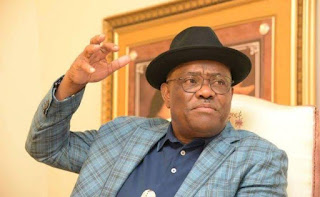 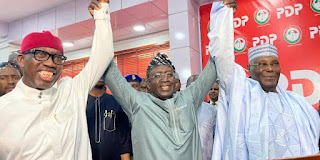 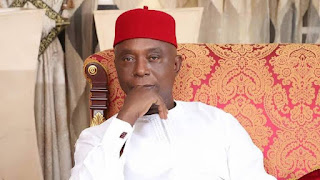 Days after,many eminent personalities have since been airing thier views why they felt Wike was not chosen amidst rife speculationss that he is the front runner

In his words  an interview with the BBC.

But in a swift reaction,the River state governor Wike      who did not take Ned NWOKO'S views lightly went to town saying several unprintable things about the Delta polician and philanthropist

When we contacted him to react to Wike's Outbursts he declined to react ,saying he is too busy to exchange words with an aggressive Wike whose passion is to pick a fight with all and sundary

In the words of the insider : " What can Wike call his achievement?

" I can tell you that Wike’s only achievements seems to be in politics. What has he done outside politics.

" When Ned nwoko was in house of reps, wike was struggling to be elected as a council chairman. Wike squandered the huge federal allocation to his state in a fruitless pursuit of the office of president of nigeria and Vice President respectively and in an attempt to continue immunity from prosecution . 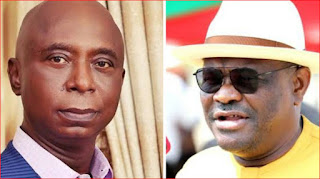 " Wike has lost most friends in nigeria and will certainly end up like governor dariye and others who looted and were jailed. He gave kano delegates alone $40k each. Why bribe so much to get into an office to continue the stealing.

Atiku made the right decision not to choose him as the vp. Nigeria would have been worse for it.

" What has Wike achieved in politics other than reckless plundering of the huge resources of rivers state. This is what the youths are fighting against. Mindless senseless and wasteful governance. This is not an achievement Mr Wike and Ned Nwoko was right to say Okowa is best suited for the office of the VP than him ( Wike ) 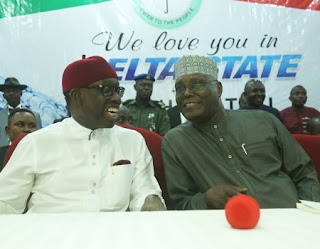