*I REAFFIRMED MY SUPPORT TO SENATOR OVIE OMO-AGEGE WHEN HE VISITED ME: MY POSITION* 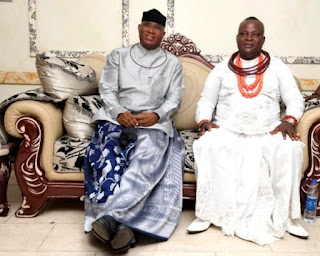 The Deputy President of Senate, Senator Ovie Omo-Agege visited me recently at my Warri residence. The media was awash with the visit and issues that come up during the visit.

During the visit, I told the distinguished Senator that one reason I have been firmly with him on his ambition to be governor of our great state come 2023 is because of his tack record in the Senate within his stay so far.

Among many other great feats, Senator Omor Agege has attracted a federal polytechnic billed to take of this year to the Delta central senatorial district. He has so performed commendably well to the envy of other areas within his period in the Senate.

I said it very loud during his visit that he has not betrayed political trust. And a mean like him is sure to make me and other Ijaw sons and daughters drive on good roads, bridges to Ijaw communities when he becomes governor next year.

The interest of effete gladiators in Ijaw land to become the next governor of Delta State come 2023 has characterised a major concern among all well meaning Ijaw sons and daughters within and outside the state. It is highly unprogressive to the highest order for these sets of politicians without shame to come to the general public with the aim to run for the next governorship in the state. 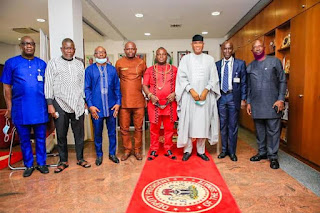 The truth must bee told and disseminated to all Deltans in a broad day light. We cannot elude from this uncovered reality on ground that these nature of people till tomorrow do not have anything to offer to Deltans in terms of development if given the mandate to become governor. We all have their records as elective officer holders form Delta Ijaw Land.

The performance scorecard of these people where some have been in the national assembly for ages, are high profile political office holders are nothing but a period of wasted years in Ijaw land. They rare complete failure. For wall these years they cannot point to Ijaw people what they have done for their people yet they want to become the next governor of the state.

I must use the medium to inform the larger reading public that Delta Ijaw communities are like the dead sea. Eventually, there is nothing that is working. A place of complete control of darkness. A people who do not have the capacity and the .political will to attract development to their primary constituencies ( the Ijaw land ). As we speak today, the Ijaw in Delta State cannot afford National Power Supply. Almost all our primary and the secondary schools are like centers for area boys or slaughter yards. There is total absence of good health facilities, modern markets, potable water systems as well. As industrial settings. The Ijaw nation can never progress in the hands of these per. There can never be Delta of our choice through these people.

The anti-democrats whom the Ijaw ignorantly gave their mandate to represent the Ijaw nation are the causes of our underdevelopment. They are the reason Esenabe Teacher Training College has not been upgraded to university scale. They constitute the reason the Ijaw failed to host any of the recently established three universities in the state. Let them answer me, where were they when their friend and boss, His Excellency, Sen. Dr. Ifeanyi Okowa, the man whom one of them called his bosom friend from 1999 established the universities? Where are the Deputy Governor when his boss shared the three universities? Can we call these ones our representatives? Today, they are moving around to consult and beseech Deltans to consider then either as our next governor. What do you have to tell your Ijaw people in terms of development? They are direct metaphors if complete failure disguising themselves as ambassadors for good governance. None of them has the competence to govern Delta State. 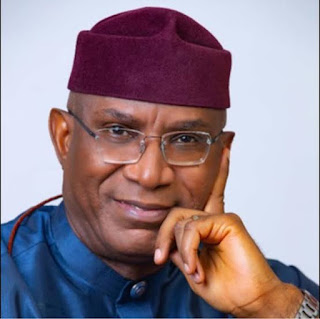 Deltans need a strong Delta where we employ competence as a major dimension to determine our approach to governance, not those who are sleeping throughout their tenures as elective office holders.

The time for political thieves to waste an d loot our resources is gone. If it is the target of His Excellency, Sen. Dr. Ifeanyi Okowa to hand over power to any of them, he h as failed woefully this time around. Deltans have woken up from their slumber. All the pragmatic reasons for this claim are there in our land. Thus, I call on my Delta Central and North  people to pay facts finding visit to Burutu, Patani, Bomadi, Warri North and Warri South West LGAs to gathers primary data over this assertion of mine.

Really, PDP is a bad luck to Ijaw people. It will take my Ijaw nation many years to redress the damage PDP has done your land. They are the problem of Ijaw nation. They are PDP'S agents to destroy the democratic ecosystem in the Ijaw land. There is no good thing that can come out of them.

Deltans them more than they do. Every well meaning Deltans knows that they are incompetent and not qualified to be gubernatorial materials. We have tested them. We have seen them. How can we support these set of people? It is not possible! Moreover, it is not even the Ijaws' turn to produce the next governor. 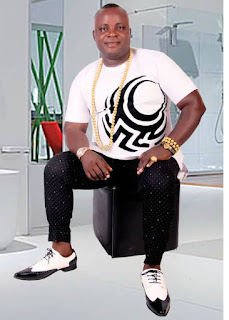 Thus, stop wasting your resources, including those who are claiming to bet working for Ijaw agenda. They are all failure. A man who was a minister that could not even give reasonable slot to any Ijaw household into institutions in his ministry is now leading his likes for Ijaw governorship agenda without shame. You can imagine? They think they own the Ijaw land more than others? Is it not the same one PVC each of them have that others have? When did the Ijaw gather and gave them that assignment? They are not working for the Ijaws' interests, rather for those who sent them. Let them keep in deceiving themselves before these not-sellable governorship aspirants.

This is the time for all Deltans mostly my Ijaw people to urge good governance. We should not allow or encourage this continuum of bad governance to repeat itself. His Excellency, Sen. Dr. Okowa inherited the same traits and genes if bad governance.

Delta 2023, the Ijaws need to support a man who can give account of his stewardship of governance. So far, among those who have indicated interest in the next governorship race in the state, it is only His Excellency, Sen. Ovie Omo-Agege that has the strong database in competence to rule Delta State. We have seen his antecedents. He us a real DEMOCRAT. A lover of development. He us the only mean who worth a the Ijaw votes in 2023, not ghee aimless politicians from the Ijaw extraction.

Finally, those who are aspiring for the next governorship seat from Warri South West, Bomadi and Burutu LGAs are not fit for the job. Thus, no one should listen to them except we want our dear state to return to the stone age. They cannot win even if PDP gives either its ticket.

Ahead of the primaries for the governorship election in the All Progressive Congress, APC, I will again drump up call on all party faithfuls to file behind Senator Omo-Agege as three standard bearer of the party. 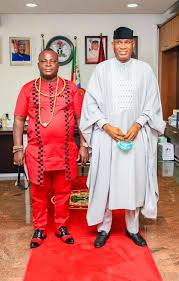