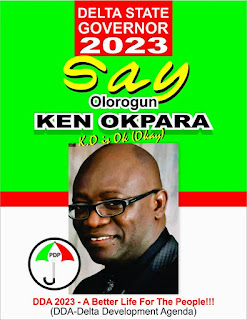 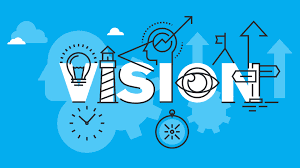 Globally respected human right activists, top notch politician, humanitarian per excellence, chief Dr Nelson Mandela once stated on his view about future leaders thus: “All effective future leaders must have a vision of what they want to accomplish. That vision will become the energy behind every effort and force that will push them through all their future likely obstacles 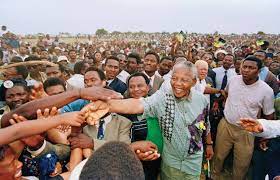 “For with vision, a leader is on a mission and him or her contagious spirit is felt among the crowed until others begin to rise alongside; for ultimately Vision is the art of seeing what is invisible to others".

And now, as the much anticipated Nigeria’s 2023 general elections draws near, if there is one man among few lot with a burning desire to serve his people as a Governor of his state, that man is no doubt the man called  Olorogun Kenneth O. Okpara the former commissioner for finance, and economic planning in Delta.Okpara

A technocrat, Okpara is the Izomo of Agbon Kingdom, Okpagha of Umiaghwa- Abraka Kingdom and Urukpe of Eku . Okpara - an illustrious son of the Urhobo nation and he has no paid his dues in Delta politics.

Said to be highly versed in politics and also   very accessible, humble, God-fearing, transparent, action-driven, accomplished, matchless, well refined, consummate, articulate, progress minded, indomitable athlete and a politician of inestimable value his acronym   K.O is Ok is sign that he is a man to watch out for

The above abbreviation K.O is Ok simply connotes that Kenneth Okpara is okay for the entire Deltans and this beautiful coinage has suddenly become a daily chorus on the mouth of the people in the state now.

During the course of our research on him, World Industry Leaders MAGAZINE (W.I.L) pulled a call to his office to request his agenda for Delta State if elected in as Governor  and promptly we got a revert 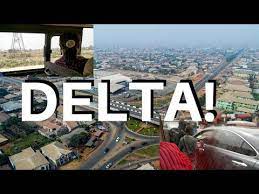 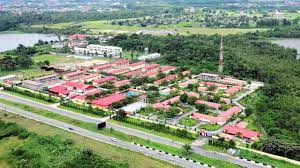 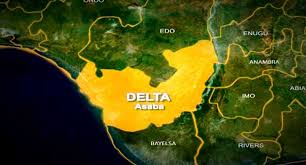 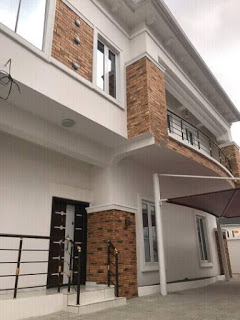 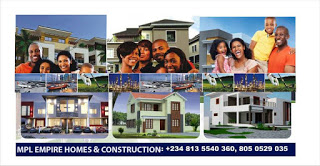 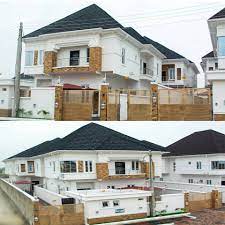 He added: “Also, I perform financial management assessment of new projects’ funding proposals and give advice for the World Bank’s board consideration on the adequacy of the arrangements to meet the funding requirements”.

His words: “I support the client (government) to build and strengthen the financial management capacity and governance system to ensure transparency and accountability. I equally task team leader and led donor partners (USAID, DFID, ADB, among others), co-ordination for a diagnostic study on Afghanistan Report on Observance of Standards and Codes (ROSC), accounting and auditing, a project for the development of the accounting and auditing profession in the country. I worked as co- task team leader/ manager for Public Financial Management (PFM) projects that were funded by the World Bank and multi-donor trust funds”.

According to the statement, Okpara’s executive summary includes the following: 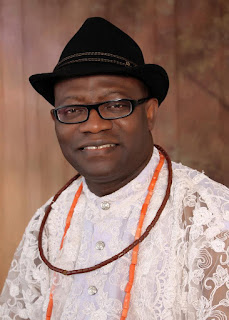 (B) Achieved a milestone within the first 100 days in office as commissioners for economic planning in Delta State, Nigeria by leading the team that got the 2012 state’s budget prepared, submitted to the Delta State House of Assembly (DTHA) and approved by the DTHA before 2011 year-end and this was the first in about 20 years history of Delta State.

(E) Directly managed both lines and project teams varying in size from five to twenty. In each of the two ministries I headed as commissioner, there was over one thousand staff under my supervision. I equally directed teams outside of my management influence. 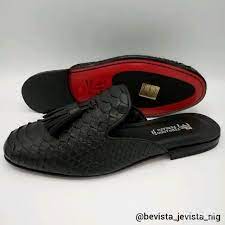 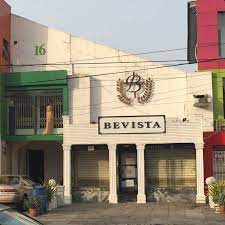 (F) Facilitated a number of training and development courses varying from three hours to full two days sessions between ten and two hundred people for the World Bank projects.

(G) Have successfully led the financial management of Afghanistan World Bank and multi-donor trust fund investment projects over four years with a total value of US$ 5 billion.

(I) Led the World Bank’s Afghanistan financial management team to achieve timely receipts of all the 42 investment projects audit reports for the year ended March 20, 2010. This was a milestone achievement because it was the first time this was happening after eight years of World Bank’s re-engagement in Afghanistan. It was also the only country office that achieved this feat in the South Asian offices of the World Bank.

(J) Achieved remarkable improvement in the investment projects audit results, 90 per cent of the audit reports were unqualified (clean) in March 2010 compared to 66 per cent in 2009,79 per cent in 2008 and 23 per cent in 2007 which was a year after I  resumed and started leading the Afghanistan team. 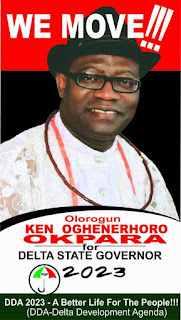 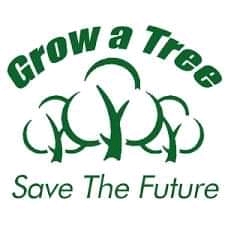 He can be contacted via WhatsApp # only

" Think positive & be positive always... And positive things will be attracted to you