International: Rosatom statement on the exclusion from the Dukovany NPP expansion tender

Rosatom Atomic Energy Corporation has issued a statement on the tender to expand the Dukovany NPP in the Czech Republic. The company stated that “Rosatom has always been a strong supporter of fair market competition, which ensures that the customer receives the best possible technological solution at the most attractive price.

“Excluding Rosatom from the tender to expand the Dukovany NPP in the Czech Republic is an anti-market decision that does not encourage the development of mutually beneficial cooperation between both countries.”
The Rosatom statement further noted that “in the past 65 years of collaboration in the nuclear industry, together with our Czech partners we built 6 NPP units, which up to this day enable the country’s energy security in an efficient and safe way. At the same time, Czech companies received unique expertise in both manufacturing components and equipment for VVER reactors and supplying them to Rosatom facilities across the world. 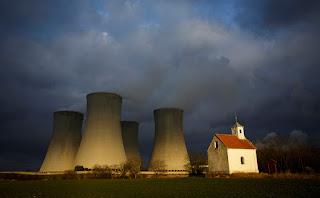 Photo Martin Divisek / Bloomber
“The Russian offer envisioned the involvement of hundreds of Czech and European companies in the project of the Dukovany nuclear power plant expansion project, which could have included contracts worth billions of euros. Thus, by excluding Rosatom from the tender, the Czech authorities are pushing aside their own national industry.
We regret this decision of the Czech authorities, because the Russian and Czech nuclear industries had serious prospects for the development of a mutually beneficial partnership, not only in the Czech Republic, but through joint work in third countries as well.”
As the world leader in the construction of modern and safe nuclear power plants, Rosatom operates in more than 50 countries. We fulfill all our contractual obligations, including those we have with Czech companies, and we are motivated by market principles and transparent competition. We are certain that nuclear energy relations should be outside of politics.
Rosatom Atomic Energy Corporation Rosatom is the only company in the world that has the resources and competencies to offer energy solutions across the nuclear supply chain, including assets in design, construction and operation of nuclear power stations, uranium mining, conversion and enrichment, supply of nuclear fuel, decommissioning, spent fuel storage and transportation, and safe nuclear waste disposal. 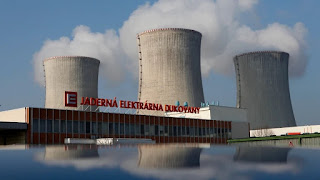 Photo credit Petr Josek / Reuters
Rosatom is also engaged in the production of equipment and isotope products for the needs of nuclear medicine, scientific research, and materials science, the production of digital and various innovative products. The company’s strategy is to develop low-carbon power generation projects, including in the wind generation field. Today, Rosatom brings together over 330 enterprises and organizations and over 266,000 employees.