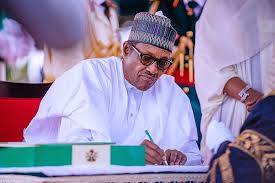 WE’RE GLAD HE CAME OUR WAY 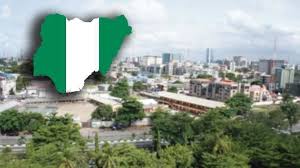 Who are the ‘we?’ Speak for yourself only, some cynics would say on merely seeing the headline of this piece.
They would add: “You can talk because you are in government, earning ‘fat’ salary and enjoying other perks of office, so why won’t you be glad?”
Okay. So that there’ll be peace, I agree that I enjoy all the things you claim, and more. But is that any reason for anyone to carry anger around in his bosom? What then happened to goodwill towards all men, and malice to none?
But we are not talking about skeptics who conjure all sorts of improbabilities today. We are talking of millions of Nigerians who believe in our President, Muhammadu Buhari, and who are glad he came our way, as the administration he leads clocks five years today.
Millions? Yes, very many millions, a multitude that no man can number. No wonder the margin of his victory keeps multiplying at every election. In 2015, he scored 15, 424, 921 votes, defeating the incumbent, Goodluck Jonathan, with 2, 571, 759 votes.
In 2019, the Atikulators came in a hard way. But the harder they came, the harder they fell. Buhari chalked 15, 191, 847 million votes, winning with a margin of 3, 928, 869, much higher than that of 2015. Thank you, good Nigerians.
Can anybody, no matter how he or she feels, wish away those millions and millions of voters? Not by any stretch of the imagination. Over the hills and the valleys, in clement and inclement weather, they trooped out to vote for the man they loved. And as he marks five years in office today, we are glad he came our way. ‘We?’ Yes, ‘we.’ We are in millions upon millions, even more than went out to vote, as there are many quiet disciples, who didn’t vote, or who didn’t even register to vote.
President Buhari completes the first year of a second four-year term today. And despite it all, in spite of all the challenges; insecurity, poor economy, deliberate sabotage, poor health at a time, evil wishes from some quarters, foul language, and all sorts, we are glad he is here.
When he rode triumphantly to power in 2015, the average Nigerian was tired of the state of the country. Massive looting of the treasury by the party in government, and no one was being called to order, because there was no moral will to do it. Terrible insecurity in the country, with at least 17 local governments already annexed in the North-east of the country by insurgents. They had planted flags of a funny type of caliphate, and were sitting in palaces of the emirs, who had shown clean pairs of heels. Do you blame them? Towns, cities, villages, mosques, churches, schools, motor parks had become killing fields, and the slaughter was simply horrifying. Yet, government was helpless. The economy was nosediving, indeed, primed for recession. Humongous amounts made from oil, which price rose as high as 143 dollars per barrel the previous year, had been stolen. No investment in infrastructure, agriculture, education, healthcare, nothing. Debts were even piling up, and government was borrowing to pay salaries. 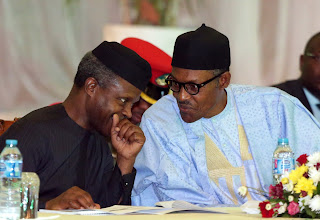 There was no willingness to save, a key driver of the economy confessed later about that government. So, when Buhari came in, it was to meet a looted, badly vandalized treasury.
We’re glad he came our way, I repeat again. Though it was no tea party, no picnic. Initially, it was like The Journey of the Magi, as described by the poet T.S Eliot:
A cold coming we had of it,
Just the worst time of the year
For a journey, and such a long journey,
The ways deep and the weather sharp,
The very dead of winter.
President Buhari battled with insecurity. With the economy. With a badly polarized polity, divided along ethnic and religious lines. With a badly beaten and bruised political opposition, which was determined not to see any good in him. There was also the tiny but vociferous minority on social media, the wailing wailers, screaming all day as if pepper had been put in their sensitive parts. And then, health challenges. Just the worst time of the year for a journey, for such a long journey.
However, five years down the line, with recession knocking loudly on our economic doors again, for no fault of ours (the whole world stands in the throes of economic challenges, caused by a big malady with small name; COVID-19), we are still happy Buhari came. For despite it all, things are not the way they used to be. The descent into abyss has been checked, arrested, and things are looking up. Despite the looming Incubus of another recession, the government continues to work, fulfilling its obligations to the country.
In February, when it became apparent that the economy of the world would be in trouble, with Nigeria likely worse hit because of overt dependence on revenue from oil, the economic advisory team held a briefing with the President and his team. The auguries were not good, not at all.
Having taken it all in, and the likely survival measures to be taken enumerated, the President told the Minister of Finance, Budget and National Planning, Zainab Ahmed: “No matter what happens, salaries of workers must not fail, pensions must not fail, and funding of key infrastructure projects must not stop.” 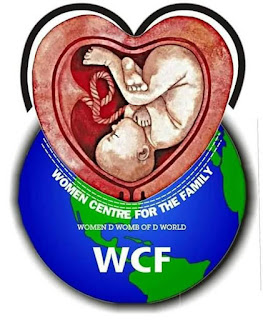 I say it again. We’re glad this President came our way. In the height of global health and economic challenges, with revenues already abysmally low, government continues to do the needful. A directive has been given to fund the first phase of the Presidential Power Initiative, being done in collaboration with Siemens of Germany. Work on the Second Niger Bridge is not stalled, road projects are to restart as the economy reopens gradually, and salaries and pensions are being paid. Promise made, and promise being kept.
We need to count our blessings as a country, instead of dwelling on things that have not been done. No government accomplishes everything begging for attention in a country. We are now doing a lot more with a lot less income. Things we couldn’t do when oil prices stabilized at average of 100 dollars per barrel for a long time, are now being accomplished. We’re glad this President came our way.
For a bird’s eye view of things President Buhari has done for Nigeria, across different sectors in five years, please consult the Fact Sheet as released by the media office of the President. You will then have cause to be thankful, and not sit permanently on the complaint counter.
To appreciate President Buhari in this season of celebration, permit me to borrow from the exotic and inspired song Duduke, recently released by Simi.
You know say everyday I dey pray for you
Oh, in my heart oh there’s a permanent place for you,
That’s why my heart dey beat like duduke, du du ke
‘Cause na you I choose oh, ayanfe mi a yan fe
I sing for you and I be like duduke du du ke.

President Muhammadu Buhari, we’re glad you came our way. The past is but a story told. The future will still be written in gold, by the grace of God.

*Adesina is Special Adviser to President Buhari on Media and Publicity