What an amazing way to end the month of March 2020. Despite all the Chaos currently taking place in the world, in regards to COVID 19, just before the United Kingdom activated Phase 2, in regards to limiting social gathering, London based Multi-Award Winner, Artist, Fashion Model, Brand Ambassador and Creative Director, Miss-K also known as Karina Theresa Martinez, who was voted 1 of 100 most influential women in the world back in 2019, decided to open her humanitarian heart by creating an Women Empowerment & Networking Conference to promote forward thinking amongst female gender in the community,dedicated to Inspire,Connect and Educate, in recognition of United Nations "International Women's Day", marking the day with a BOOM! 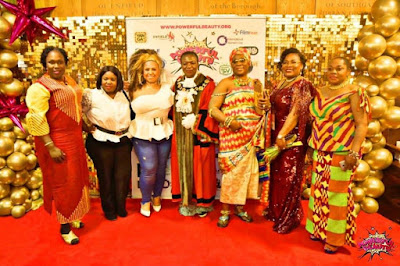 As the executive producer of the aptly named “Powerful Beauty K'onference 2020: Step into your Power”, which was officially launched on March 12th in London, Miss-K made sure it was an impactful evening, filled with inspirational talks from renowned powerful beauties, pioneering guests speakers.


The Entertainment Mogul Partnered with Political Giant, Twice Mayor of Enfield, Cllr.Kate Anolue, who hosted the event into her Luxurious Mayoral Chamber.
Miss-K opened up the conference by stating “It’s 2020,
it’s a time for women to Step into their power,
by having their vision in focus and live up to their dreams”.

The event was filled with many special VIP guests, who turned up to mark the occasion.Miss-K interviewed some of the most influential trailblazers and changemakers who have inspired thousands through their unique and powerful success stories.  Obviously, it’s Miss-K! So, given her A-list connections, it’s hardly surprising that there was a different lineup of VIPs and celebrity guests panelists. It included: The Mayor of Enfield, Cllr Kate Anolue who also Chaired the event, The Speaker of Tower Hamlet, Cllr. Victoria Obaze, who attended as one of the Keynote Panelist. 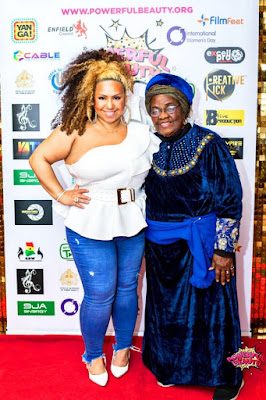 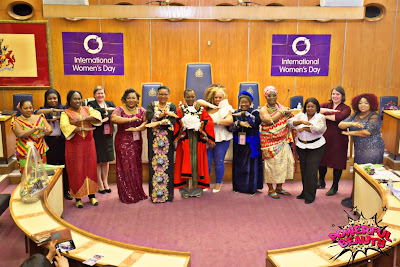 An amazing lineup of women turned up to support the good cause, and shared their own journey from their humble beginnings to success, and what empowered them to step into their power, which in the end delighted the audience, who listened to each inspiring speakers attentively.
Few audience members also participated in an interactive session led by UK Political Campaigner and Global Health Advocate, Sarah Lewis, who shared their own testimonials,including the CEO of Nollywood events,Sarah, who also . Overall, attendees enjoyed some filled goody bags and African snack specialities sponsored by the Olu Olu Foods Factory and 9ja Energy Drinks just to name a few of the gifs donated.
Miss-K closed out the day as only she can,empowering audience to let 2020 be the year of transformation and triumph—beginning first and foremost with what makes us gifted to step into our power. 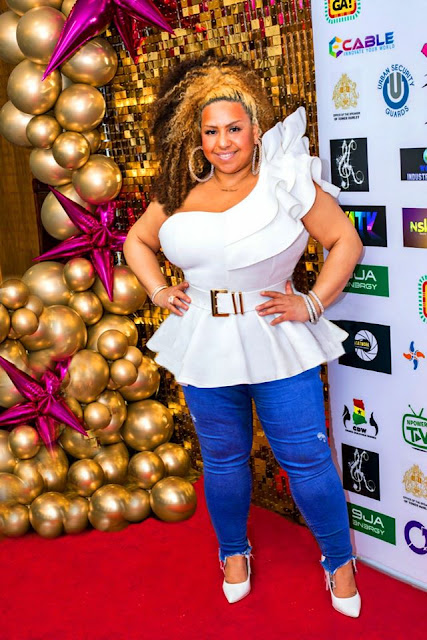 Inclusively Miss-K shared her own achievements within the entertainment industry with the attendees to inspire them to start their own.“My Journey has not been easy,” she told the audience. “Actually some of those women on the panel were part of my growth, and by using their guidance, has actually help me "Step into my Power", to materialise a better way of thinking for myself and truly live my best life.” She explained,before declaring in her famous Miss-K voice, “Powerful Beauties,we did it!”

She added, “That’s the common denominator in our human experience, it’s wanting to know that we are enough. And I am here to tell them, that they are,” she said. My aim is to bring communities of women together with a shared goal to keep evolving and striving to achieve their dreams”, something that i reiterate, in my upcoming book titled: "Powerful Beauty: Breaking barriers with Kurls, Kurves, and Konfidence." I was due to release it last year, but "i wanted to wait and make sure, this book was going to be more than just a book, and launch it along some other community projects", she express during her 1hr Exclusive ARISE TV interview she had back in August 2019, and therefore this is why i delayed the launch of the book, but it's sure going to be coming out, this Year, so keep tuning in for the Powerful Beauty Book Tour!