Afro-Caribbean Beauty, Multi-Award Winner, Supermodel, Brand Ambassador, Miss-K, who was named 1 of 100 most influential women in the world last year, looked red hot as she showcased her hourglass curves to mark her arrival at the UK, Nollywood Film Premiere titled "Coming from Insanity", which recently took place in London.She dazzled in a racy ensemble which drew the eye to her well-known busty-full assets in all their shapely glory. 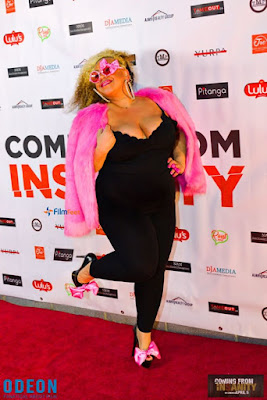 Arriving fashionably late, being the last VIP guest to step onto the red carpet, Miss-K walked ecstatically across the spotlights, showcasing her insane curves, making it through the cold weather, by wearing a Hot pink fur jacket, matched with shape defining sky-high heels and pink bows embellishment, that boosted her diminutive height. 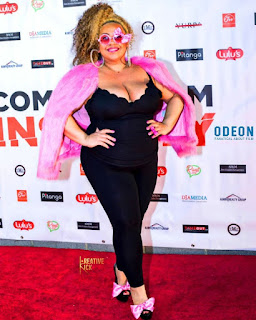 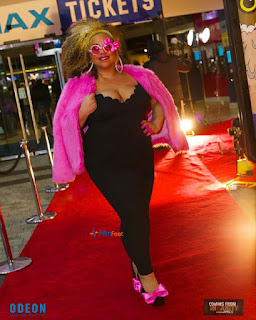 As ever, Miss-K was keen to show off the physique that made her popular while modeling for several renowned fashion designer brands over the years, including billboard spread all across Nigeria for Telecommunication Giant, MTN back in 2010.
Not only highlighting her full cleavage,she also made sure her thick thighs and defined waist were perfectly accentuated by sporting a black skin tight bodysuit.
An Insane Fashion Statement for an Insane Movie. 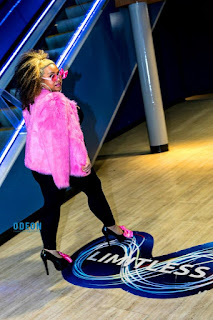 In addition the bronzed skinned Artist & Supermodel wore her natural lengthy curly tresses in ponytail, displaying her loose tumbling waves while her make-up was naturally flawlessly applied, paired with a crystal encrusted pair of pink shades.
As she made her way to the theatre,the Nollywood Multiple Award Film Director of the coming from insanity movie itself, Mr.Ibidolapo Ajayi, the brain behind this powerful movie,who made this entire production come together, was there to welcome Miss-K wholeheartedly, all while sharing a few pictures and plaisanteries with each other.

Inclusively, Miss-K also took the time to commend him for his impressive achievements, onset from seeing the quality of the movie trailer she had previously watched. So eager to watch this Nollywood masterpiece, Miss-K hurried to her seat with excitement.
Right after, Miss-K Stayed few minutes only, to hangout with some other Nollywood industry legends, such has her long time friend, Nigerian Fashion King, Sir. Adebayo Jones, who looked beyond impeccable in his black tailored bespoke suit, paired with a golden brooch and his iconic glasses, with whom she shared a warm and friendly embrace, as they were both catching up with one another, all while looking dapper than ever. 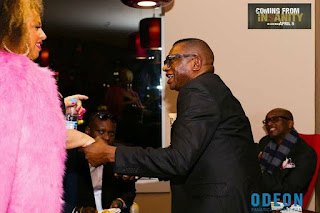 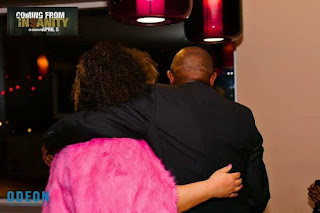 Miss-K also got to mingle with another long time friend of hers, Nollywood film Director, Niyi Towolawi, just to name a few.

This Nollywood Blockbuster which was mainly sponsored by the Nigerian Bank of Industry, is due to be out in April 05th, and certainly looks like many will rush to attend the release nationwide. 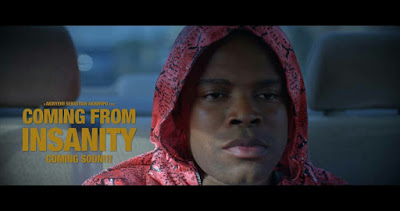