The highly revered Oxford advanced learners dictionary described a philanthropist as * "person with a  kind heart (the human race) in general. A very generous person or institutions."

Such is how our subject matter of today  can vividly be described. 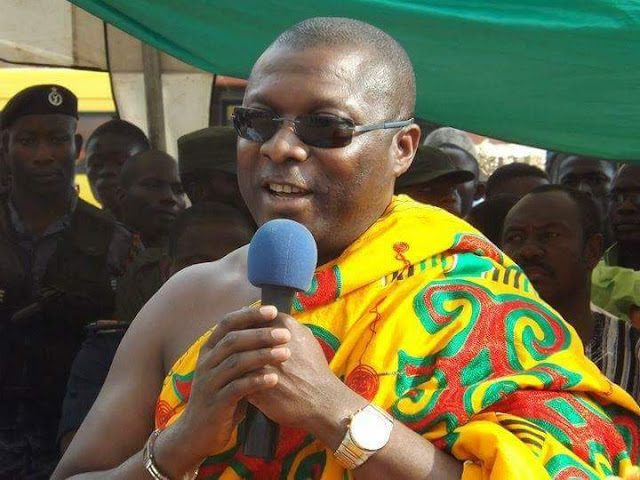 A zealous lawmaker,and currently a  Member of Parliament for Suhum Constituency, Hon. Frederick Opare Ansah, is a chronicle of philanthropic assignments and achievements. With a humble beginning, he was born on this day September 5th in Accra Ghana.

Honorable Frederick Opare Ansah, is a naturally gifted politician, a successful businessman, a people's person and a selfless humanitarian, who this far is celebrating a successful completion of his fifth decade alive and in good health.He is a legend in his own lifetime and many other things that have been justly said.
But first and foremost, and without which he could not have been any of the other superlatives, one of the most revered man in his native Ghana,is a brilliant politician. At a time when that pursuit is held in such disdain, it seems important to register on this special celebratory day, that his life thus far is a shining lesson that politics can be a tremendous force for good.
Our current working definition of what constitutes politics encompasses little that is noble and a lot that is tawdry: MPs; shouty, crimson-faced men braying puerile insults at each other across debating chambers;  No wonder that the current crop compete to express their awe for him and try to fold themselves into his own accomplishments.

In an era when politicians think of themselves "brave" when they do something slightly unpopular with their focus groups and the placing of wind turbines is discussed as if it were a life-and-death struggle, the example of Hon.F.Opare-Ansah is a rebuke to such pettiness. He shows that politics can be a noble calling for noble men to pursue noble causes. The sincerest way to mark this magical turning point of his life, by concluding successfully his fifth decade of healthy living and thus far nearly two decades of dedication to politics, would be for those who enviously want to see him fail, to try to do their own politics better.
A kingly countenance, an air of dignified command and exquisite manners are the beguiling face on a bedrock of moral courage and clarity.
His life span half a century of engagement to his ambitious dreams, which began from graduating as a leading Electrical Engineer, to becoming the Managing Director to a prominent telecommunication company, which converged broadband wireless service provider to the entire Africa. He later adventures himself into becoming a lucrative businessman, something that encouraged him to also envision more for himself and engage into politics.With zeal and determination he then became elected has Minority Chief Whip in 2007, to rising further in becoming the Deputy Minister of Communication to the Ghanaian Government in 2009.
He was then elected Honorable Member (MP) to the Parliament of Ghana, earning himself a ticket of the New Patriotic Party (NPP) for the Suhum Constituency, and then made history as the first MP since the inception of multi-party democracy in the country in 1992 to retain the Suhum Constituency seat for the second time.
During the elections process, Hon. F. Opare-Ansah, had to display a combination of steeliness and shrewdness, proving political pundits and opinion polls wrong.
The incumbent MP didn't stop there, taking on a new role as an active elected member of CEDEAO- ECOWAS Parliament.
He has never wavered from his core beliefs, of giving back to the less privileged, by helping cultivate Ghanaian heritage to the world, showcasing it's great culture, all to see Ghana evolve as a country as a whole. 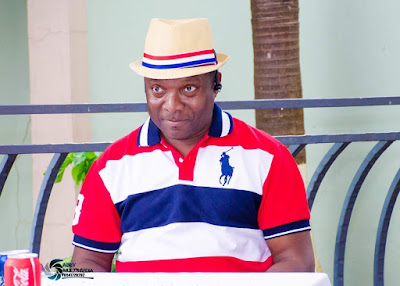 He has cherished the ideal of a democratic and free society in which all persons live together in harmony and with equal opportunities.
What made him such a Titan? Among his more obvious gifts, he had natural charisma and authority. These are qualities that are difficult to source or define with precision, but you know them when you see them and anyone who had the privilege of meeting Hon. F Opare-Ansah, felt his presence.
Yesterday, Hon. Mrs Margaret Darko Darkwa, the MCE, Constituency Executives led by Chairman Frederick Ofosu and the entire elephant fraternity, in and out of Suhum,took the time to wholly express their warmest, heartfelt and innermost wishes to his excellency himself, wishing him to have blissful birthday.
Hon. Mrs Margaret Darko Darkwa, put it well when she said:

"Your commitment and dedication to the country and party's duties, respect and service to humanity can never be over emphasized.Don't ever stop fighting for what you believe in. You have proven yourself to be a leader of high ethics and morality. We are proud of you and your achievements.On this day, we pray for God's countenance and incomparable blessings upon your life. Wishing you success and all the greatness that you wish for yourself in subsequent years." 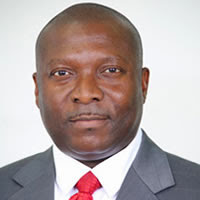 Such has been allied with a powerful sense of destiny, which is a polite way of saying that he had a massive ego. His image was of courtesy to all and spartan simplicity – and it wasn't a false one.

As an Honourable Member, he has managed to honor his promises to his constituents, years after years, by give back selflessly, but at his core was a level of self-belief extraordinarily elevated even by the standards of politicians.That iron gave him the resilience to endure all those years of political propaganda, without surrendering his soul to despair or to bitterness.

What made him so very rare was that his ego was pressed into the service of an idea, not self. The process of global deification was well underway by the time he fulfilled his own ambitions. Where most other leaders might have succumbed to megalomania, he kept his promise to himself to keep expanding, a potent exemple to the youth who ever aims to join the political field.
Guile is one of the aspects of his character that has not received the attention that it deserves. This was not the low scheming of the spin-doctor who concocts petty plots to smear opponents. This was the classy cunning in pursuit of a great mission that is often a hallmark of outstanding leadership: Nelson Mandela, Abraham Lincoln, Franklin Roosevelt and Winston Churchill are others who had this quality.
Honorable Opare Ansah, couldn't have done it without empathy and love from and for Ghanaians and Africans as an entity, as he believes that : "A united Africa, can Never be defeated."

As this new day arize,Honorable Opare-Ansah, has just announced to the world his intent of getting re-elected for a third time for 2020-into Suhum Constituency.
Let's vote For Hon.Opare-Ansah !