- August 22, 2019
A brand new international platform for the wide celebration of youth culture and creativity was launched just on time for International Youth Day (12th of August).
This powerful innovative initiative was originally named and conceptualized as “Kreative Kick” by barrier breaker and Multiple Award Winner Miss-K, who was recently awarded an Honorary award as 1 of 100 most influential women in the world on International Women’s Day. 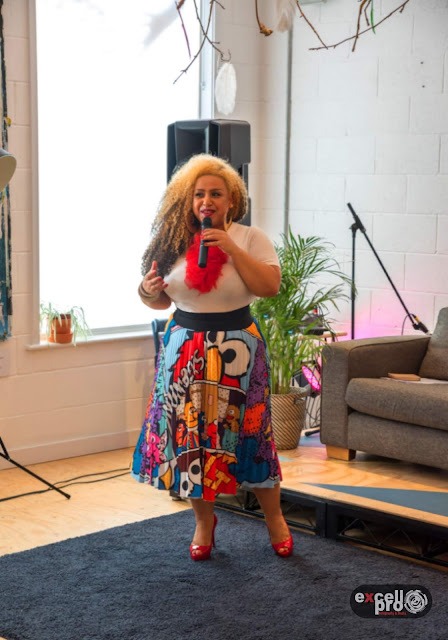 In Succession to this, the Kreative Kick Youth Summit was created, all to empower and inspire the youth from all multicultural background, including those from the African continent and it’s diaspora, with aims to celebrate diversity and inclusivity by being a youth-led creative platform, through talks and debates, music and performance, comedy and fashion, showcasing creativity in all its form, as well as promoting the rich cultural contribution the Afro-Caribbean creative professional makes throughout their creative heritage, by highlighting and supporting experts within this field.

On the 10th of August the “Kreative Kick Youth Summit”, was launched in one of London’s newly build Artspace Theatre, which featured an eloquent keynote address by Deputy Mayor of Lambeth, Philip Normal, who also assisted Miss-K in giving the Kreative Kick Award Certificates bestowed into eager hands of the panellists who took part in the summit, honouring and recognizing them for their achievements and dedication to the creative industry, a task the Deputy Mayor was comfortable undertaking with a smile, being a creative talent himself, having a fashion background and the proud ownership of his own retail store. 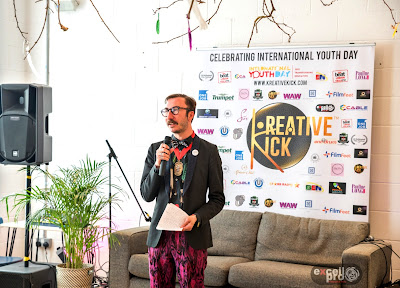 Beginning its first year with a Bang, we are happy to report that the successful premiere of the Kreative Kick Youth Summit 2019 event, had a trail of Multiple Award Winners who attended which included a host of pioneering creators from the “Creative & Entertainment industry”. 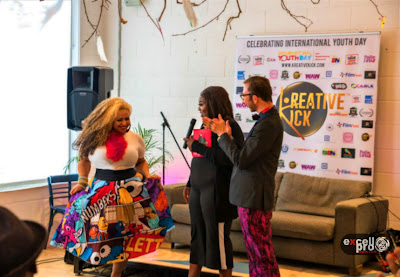 This included the initiator of Kreative Kick, Afro-Caribbean and Latina Artist, Fashion Top Model, Brand Ambassador, Humanitarian and Entrepreneur Miss-K, as the lead panellist, who was joined by a host of creatives including, Nigerian Celebrity photographer and Chief Photographer to President Olusegun Obasanjo, Daniel Sync, talented British TV & Celebrity Makeup Artist – Lucy Ozzard, regular performer to the Royal British Family, Ghanaian Master Drummer- Abass Dodoo, Nigerian Choreographer to the Stars turned Artist, Ezinne Asinugo, Number 3 digital Tech Geek in the World, Romanian Narcis Radoi, without forgetting “Talking Dolls” Nigerian Film Director Sukie Oduwole, who all used this stage to discussed their journey so far within the entertainment industry and how they have used their own personal creative gifts and determination to win and create success for themselves, all to empower and educate the attendees. 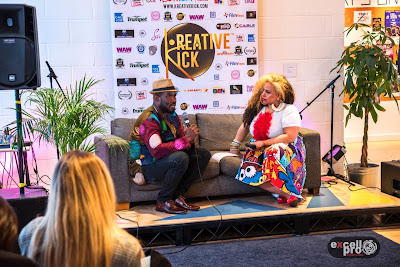 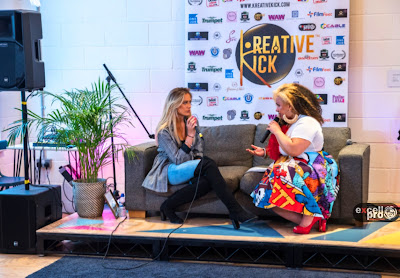 The fusion between Kreative Kick and various youth associations such as the Nigeria Youth Diaspora Organisation in collaboration with the Nigerian Students Union UK’s President Yemi Soile, who did not hesitate to merge forces with Miss-K, for such edifying cause and who’s tremendous assistance in gathering the young crowd needed for the summit, did not go unnoticed when proudly promoting the event to their young members all in aim to uplift their perception of what creativity really means. 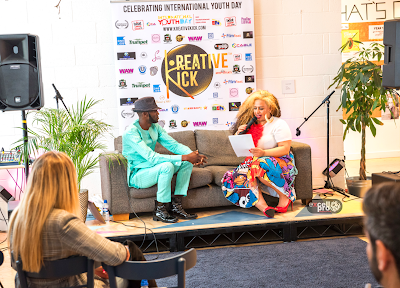 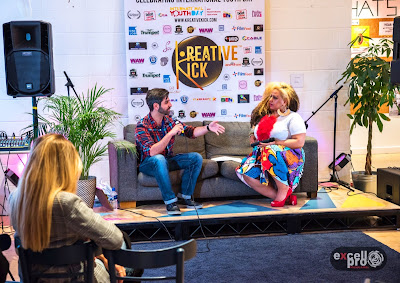 Meanwhile, throughout the event Dj Unbreakable, kept the crowd entertained between each panellist sets, taking them over his own musical journey of all the latest Afrobeat hits.
The end of the panel session kicked off the night with a performance from ZennyX who sang lyrics from her new song titled:”Wosa”, the first artist to set the Kreative Kick stage on fire, to entertain the yearning crowd, which led the excited ones to sing along from the top of their voices. 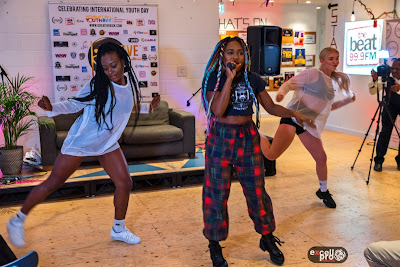 Once the performance was over, before the event came to an end, Miss-K made the crowd go wild, in her usual fashion, when she ran a prize giveaway “K’ompetition“, and began distributing gifts, as she thanked the sponsors and partners who made this event possible. 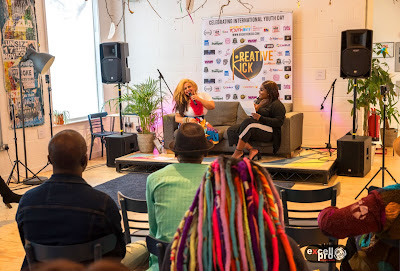 The winners were all presented with their prizes.
Miss-K, who is the Kreative Kick founder and executive producer, said: “I have created this new creative platform for it to become a leading organisation for cultural relations, which will fosters understanding between Britain and other nations. All to promote skilful talents amongst the youth, across borders, making it a platform who has the potential for wealth and job creation through the generation and exploitation of intellectual property in order to help create economic growth. “We want to celebrate the youth, and chose to do it, by also helping raise awareness on one of the S.D.G agenda created by the United Nations which is based on “Transforming Education“.
As part of building international creative connections, we aim to expand the knowledge and profile of young creative talents, who are eager to pursue a career within the creative field of entertainment and art in the UK. We are therefore delighted to be partnering on this innovative initiative, by giving people the chance to experience a wide range of creative background, as well as cultural heritage.”
Additionally we want the Kreative Kick platform to help merge cultural heritage from Afro-Caribbean backgrounds with the UK, which has had an enormous amount of young industry professionals from this same background, who have contributed in transforming the creative industry in the UK, by helping the British Economy generates an astonishing 101.5 billion pounds from this fast-growing industry since 2010. Key amongst our priorities are: to collectively raise the profile and presence of young Afro-Caribbean creative talents and diaspora in London, to help ensure the breadth and diversity of our creative professional are represented, and to be a shared voice for advocacy and exchange for and with the Afro-Caribbean and diaspora communities in London.” 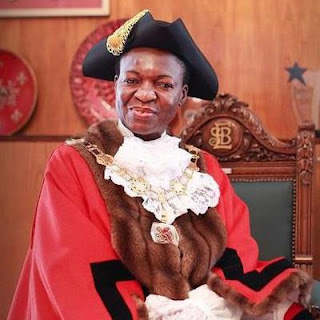 In support to this, the Mayor of Enfield, Nigerian Cllr Kate Anolue also said: “I am so proud of Miss-K’s new venture, as I am a big fan of promoting education amongst our youth and I’m delighted to support “Kreative Kick“, which is a fantastic development that celebrates the huge impact young Londoners of African heritage have made within the creative industry and continue to make on all aspects of life in our capital.”