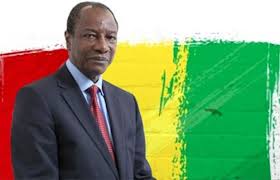 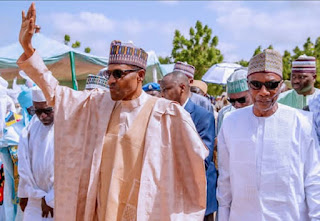 It is not every time you find a seating President leaving his Country base to come and spend festive period outside his area of domiciled
But that is what GUINEAS PRESIDENT  Alpha Condé  did recently when he was guest to NIGERIANS President Muhamadu Buhari  –And what an eventful trip to celebrate Salah
After the whole ceremony, here is what Alpha Condé has to say of Nigerians leader and his host
He said his relationship with President Buhari started when he attended his inauguration in 2015. “I don’t know Buhari before but I attended his inauguration. I know he was a military Head of State. I used to laugh at him because he condemned people for 50 years imprisonment.
“This was likely why people were reluctant in voting for him thrice. While others are more committed to amassing wealth, he’s committed to the advancement of his country and people,” he said. He said he was invited by king of Saudi Arabia to perform this 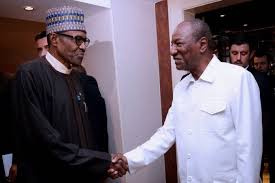 year’s hajj but that because of love and commitment, he decided to celebrate the eid el-kabir with President Buhari in Daura.

“I was invited to perform hajj by the King of Saudi Arabia but I decided to be here to celebrate the eid. What I have seen goes beyond all imagination. You should remain proud and committed to your tradition. “I’m highly honored, this is extremely royal and I will never forget this. My only wish is for me to honor President Buhari in Guinea so that he can see our tradition,” he said. He urged Nigerian political leaders to support the quest of President Buhari to transform the country. 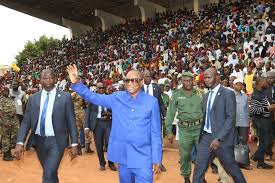 Alpha Condé (born 4 March 1938) is a Guinean politician who has been President of Guinea since December 2010. He spent decades in opposition to a succession of regimes in Guinea, unsuccessfully running against President Lansana Conté in the 1993 and 1998 presidential elections and leading the Rally of the Guinean People (RPG), an opposition party. Standing again in the 2010 presidential election, Condé was elected as President of Guinea in a second round of voting. When he took office that December, he became the first freely elected president in the country's history. Condé was reelected in 2015 with almost 58% of the vote. 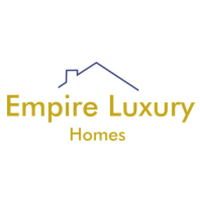 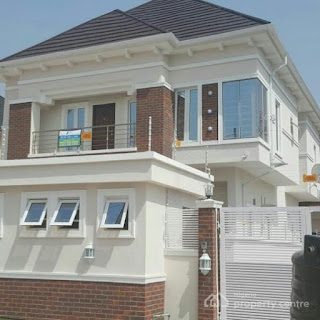 Background and personal life
Condé was born on 4 March 1938 in Boké in Lower Guinea. His parents were from Baro, a small town in Kouroussa Prefecture in the Kankan Region of Upper Guinea. Condé is married to Djene Kaba Condé. Condé has one son, Alpha Mohamed alpha Condé.
Early life
Condé left for France at the age of 15. He was active in parallel within the National Union of Higher Education (SNESUP) and combined the functions of charge within the Association of Guinean students in France (AEGF), and within the Federation of Black African Students in France (FEANF), in which he was the Executive Coordinator of African National Groups (NG) from 1967 to 1975, overseeing the activities of the Directorate of FEANF.
Condé wrote a master's thesis in Political Science entitled, Le P.D.G. et le peuple de Guinée in 1965.
Political career
Condé won 19.6% of the vote in Guinea's first multiparty presidential election, held on 19 December 1993. Lansana Conté, who had been president since a bloodless 1984 coup d'etat, won that election with 51.7% of the vote. Condé's supporters alleged fraud in this election after the Supreme Court nullified results in the Kankan and Siguiri prefectures, where Condé had received more than 90% of the vote. In the 1998 presidential election, Condé ran again and received 16.6% of the vote, placing third behind Conté (56.1%) and Mamadou Boye Bâ (24.6%). On 16 December, two days after the poll, Condé was arrested and charged with trying to leave the country illegally; he was also charged with attempting to recruit forces to destabilize the government.

Controversy during his detention focused on whether he could be represented by foreign as well as domestic lawyers, and whether defense lawyers were being given full access to him in jail. Condé's trial, initially scheduled to begin in September 1999, did not begin until April 2000. Condé, along with 47 co-defendants, was charged with hiring mercenaries, planning to assassinate President Conté, and upsetting the state's security. Defense lawyers began by calling for the judge to immediately release their clients, then quit, saying that under the circumstances they could not properly make a defense. The trial was thus delayed several times, during which time Condé refused to speak in court, and his co-defendants denied all of the charges. The trial finally continued in August, and in mid-September Condé was sentenced to jail for five years.
However, Condé was released in May 2001 when he was pardoned by President Conté, with the condition that he was prohibited from engaging in political activities. Following his release, he left Guinea for France, returning in July 2005. Upon his return, some reports indicated that he intended to organize the RPG for the municipal elections held in late 2005, but later stated his intention to boycott them.
Following Conté's death and the 23 December 2008 military coup, Condé met with Moussa Dadis Camara, the President of the National Council for Democracy and Development (CNDD), on 27 December 2008. After the meeting, Condé said that the members of the CNDD junta were "patriots". Later, however, he opposed the junta and was criticised by Camara.

2010 election
Condé stood again in the June–November 2010 presidential election. During the first round, he received 18% of the votes, while Cellou Dalein Diallo placed first with over 40%. On 15 November 2010 Condé was declared the winner of the second round with 52.5%. He was sworn in on 21 December 2010.

Assassination attempt
On 19 July 2011, the presidential residence was shelled, resulting in the death of a presidential guard and the injuries of two others; Condé, however, survived the assassination attempt. A former army chief and a member of the presidential guard were arrested hours after the two attacks on his house. The President later spoke to the country saying that "My house was attacked last night, but I congratulate the presidential guard who fought heroically from 3:10 until 5:00 before backup arrived." He also added that his plans for reform would not fail.
Three days later at least 38 soldiers were arrested for the assassination attempt. A government official said that many of those arrested had ties to the country's previous military rulers.
The United Nations reacted by saying that there was a greater need for military reforms in Guinea. The UN Special Representative for West Africa, Said Djinnit, said that the assault showed "weaknesses remain in Guinea's defence and security systems [and] reinforces the UN's determination to support the country's military reforms. I saw the damage...[the attack] clearly intended to kill the president."

2013 pre-election violence
Condé received criticism during week-long protests and violence in late February and early March 2013, after opposition supporters took to the streets of Conakry to protest against his alleged attempts to rig the 2013 parliamentary election. The opposition coalition withdrew from the electoral process in mid-February, mainly due to Condé's insistence on using a South African firm, Waymark Infotech, to draw up the registered voter list.
The ensuing violence resulted in at least nine deaths and hundreds injured, many from the alleged brutality of the security forces who reportedly used live fire to disperse some of the crowds. 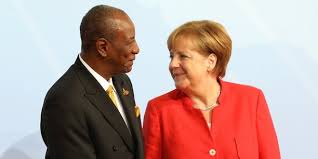 On 17 October 2015, Condé was re-elected to a second term with 57.85% of the vote, winning an outright majority in the first round of voting. The opposition claimed that the election was marred by fraud and mismanagement. Condé was sworn in for his second term on 14 December 2015. 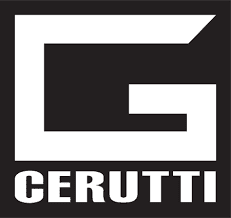