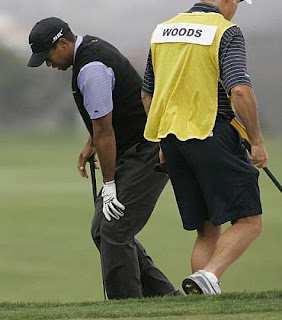 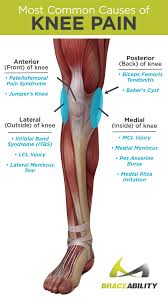 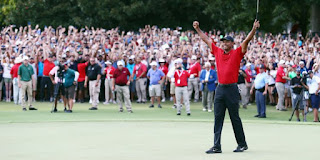 Woods: Recently Operated on Knee; But thinking of Early Return To Action
• A Cerutti Media Group Human Angle Story of The Day
~ The respected Oxford advance dictionary described Resilience as ^ The mental ability to recover quickly from depression, illness or misfortunes°
And that is the only apt way to describe the story and mindset of global brand super star Golf icon, Tiger Woods
Only last night Woods announced that he had an arthroscopic procedure on his left knee last week but expects to return to play in a PGA Tour event in Japan in late October.
He announced that the procedure was performed by Dr. Vern Cooley and was to repair minor cartilage damage.
Woods released a statement from Cooley, who said: "I expect Tiger to make a full recovery. We did what was needed, and also examined the entire knee. There were no additional problems.''
Woods had reconstructive ACL surgery on his left knee after his 2008 U.S. Open victory. 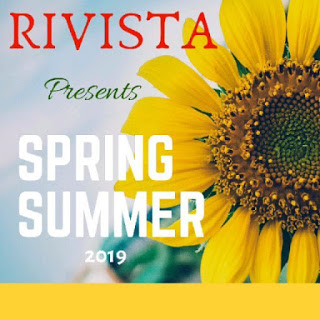 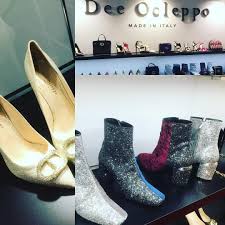 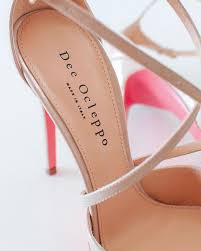 This is believed to be the fifth procedure on his left knee dating to 1994 when he was an amateur.
Cooley is part of an orthopedic clinic in Park City, Utah, along with Dr. Thomas Rosenberg, who performed the 2008 surgery.
"I'd like to thank Dr. Cooley and his team,'' Woods said in his statement. "I'm walking now and hope to resume practice in the next few weeks. I look forward to traveling and playing in Japan in October.''
Woods was two years removed from spinal fusion surgery in April of 2017 and notched his 15th major championship when he won the Masters.
But he also had a series of ailments, including missing the Arnold Palmer Invitational because of neck strain and withdrawing from the Northern Trust three weeks ago thanks to a mild oblique strain. He also had lingering back stiffness throughout the year.
Woods is scheduled to play an exhibition match against Rory McIlroy, Jason Day and Hideki Matsuyama on Oct. 21 followed by the Zozo Championship that begins on Oct. 26. 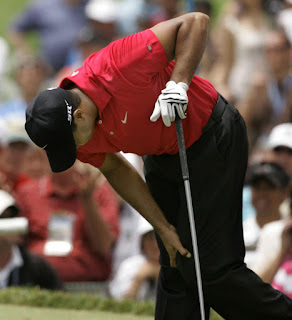 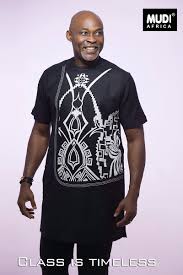 © Czar of letters OSAGIE: Mike De Cerutti ~ An author,global image management consultant and special adviser, wrote this inspiring piece from his Abuja( Nigeria) base
He can be contacted via :chiefcerrutti@
gmail.com /Whatsap line +234 7042631895