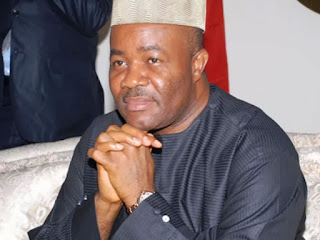 It takes wisdom and courage to lead. And as Gandhi aptly pointed out, it also takes exceptional qualities to recognize men with the mettle and substance to make significant contribution and to help drive your vision of taking Nigeria to the Next Level.
Indeed the decision to nominate Senator (Dr) Goodwill Obot Akpabio, CON as a minister to serve in your cabinet can only be described as wise, timely and a masterstroke. It is testament to your qualities as a leader who has the best intension for the country.
In the choice of Akpabio, Mr President, you have confirmed that those who have served with selfless spirit, dedication and loyalty, even at personal cost, will have opportunities to continue to strive to improve lives of their fellow country.
Sen. Akpabio, qualifications and records of accomplishment in the many position he has held in Akwa Ibom State, and in the senate of the Federal Republic of Nigeria demonstrates his competence, skill dedication and zeal to serve the good people of the Federal Republic of Nigeria. He is imminently qualified for such and office and has the loyalty to grit to excel in it.
For the avoidance of doubt, Sen. Akpabio’s qualities and track record has also been recognized by some of the most critical and discerning mind of God has blessed the country with.
It is in the praise that the eminent writer, public intellectual and Nobel Laureate Prof.  Wole Soyinka said: “While others are busy enriching themselves, it is heartwarming to note that there is   somebody with conscience who is involve in rescuing the younger generation. I thank governor Akpabio for bringing the rest up to enjoy the things we also enjoyed. I command him to the massive transformation of the state.”
Indeed, in his tenure as governor of Akwa Ibom State, between 2007 and 2015, Sen. Akpabio put his brilliant to task of making the state one of the most developed in the country. The legacies he has left behind in those years of service to the state are there for all to see. A few of them include:
·         Built over 4, 000 classrooms in blocks and rehabilitated over 1, 183 schools
·         Completed and commissioned the Ibom international Airport, from site- clearing leave into one of the finest and most modern airports in the country
·         Constructed the Ibom e-Library, West Africa’s first library, with capacity for multifarious internet usage and over 70 million downloadable e-books.
·         Constructed Ibom Specialist Hospital ,Uyo with complementary cottage hospitals all over the state
·         Undertook comprehensive rural electrification scheme, which achieve over 90 per cent electricity coverage of the entire state from the initial 35 per cent. 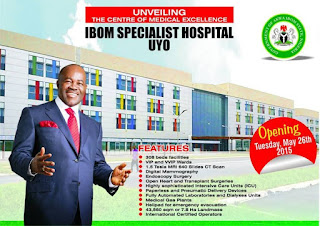 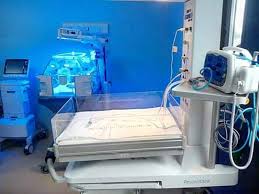 ·         Boosted agriculture in the state with the disbursement of N4 billion loan facilities to rural farmers at 0% interest rate, as the result of which he was duly and rightly awarded the Centre Bank of Nigeria Award as the best Governor infrastructure in 2012.
·         Implement the free education programme from primary to senior secondary school in the state, as undertaking periodic trainings of thousands of fresh graduates in farming with take-of grant of N500, 000 to each participant.
·         Rapid development of infrastructure in the state in the aspect of massive and comprehensive road, and bridge constructions linking the entire state; construction of modern facilities like the 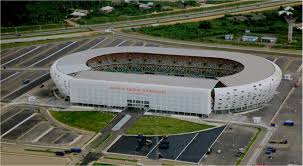 many housing units in the state; initiation of the business and entertainment resort, Tropicana entertainment center;  completion of the Ibom power plant; a 60 million day-old chicks hatchery at Uruan; construction of the Sheraton at four points Hotel in Ikot Ekpene, and numerous developmental projects that have transformed lives and created employment in state.

These achievements are in no way the pinnacle of his accomplishment as he won election into the senate of the Federal Republic, to continue to serve the people. Here again, Sen. Akpabio, a learned lawyer, distinguished himself as law maker per excellence and  an advocate for the teeming population of his senatorial zone. He did not only stop at legislating but continued to improved infrastructure for his electorates.
Indeed send. Akpabio excelled in his community project by:
·         Providing solar-powered boreholes in nine markets across Akwa Ibom North West senatorial District
·         Initiating a yearly bursary of N50, 000 each to hundreds of students and N100, 000 each in scholarship to 20 students annually in the senatorial zone.
·         Providing hospital equipment, construction of new classrooms and improving facilities in schools across the senatorial zone, as well as a brand new skills acquisition center at Ikot Ekpene.
These are only tips of the monumental iceberg of Sen. Akpabio’s accomplishment as a distinguishing senator.
It is little wonder then that sen. Akpabio has received recognition for his dedication to improving the lot of the ordinary Nigeria from reputable individuals and bodies locally and internationally.
The United States Congress in 2011 awarded him the congressional certificate of recognition for his strides on behalf of the people. And he was duly awarded the National Merit Award of commander of the order of the Niger (CON) and numerous Honoris Causa degrees by several Nigerian universities
Even the watchdogs of society, the media, have recognized Sen. Akpabio’s landmark achievements in all facets of public service and good governance that he has various times been honoured with Man of the Year 2012 by leadership News pepper, after he had been awarded the sun News pepper Man of the year 2011, among numerous other award.
Mr. President, in the bringing Sen. Akpabio to the center to  selflessly serve the Nigerian populace as a minster, you have indeed identified an individual with the uncommon will to transform the lives of Nigerians and to Contribute his significant quota to the success of his administration.
We are in no doubt that with men in the caliber of sen. Akpabio in your cabinet, the drive to take Nigeria to the Next level is not only a political mantra but a promise of combination has stoked to keep. This confidence in your government and your desire to deliver on your campaign promises. For this singular wise and reassuring move, we thank you, Mr. President. 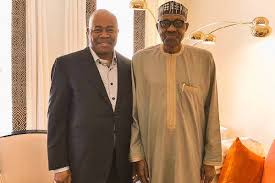