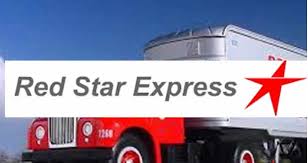 One of Nigeria’s leading logistics and cargo generating company, Red Star Express Plc, has ventured into the cargo General Sales Agent services (GSA) as part of its expansion drive. This was announced at an exclusive interview with some of the company’s top management staff recently.

This service which was introduced last Friday (June 14th), according to the company, will help connect passenger baggages and packages from one airport location to another at a faster rate.

According to the Group Managing Director, Red Star Express Plc, Dr. Olusola Obabori, the company is focused on growth.
“We are a company focused on growth, and part of our growth platform for the financial year is to work to a large extent with airlines on cargo consolidation both locally and internationally. With this in mind, we commenced a partnership with Aero Contractors, and we have ongoing discussions with other airlines which of course will start soon in the course of the business. We are aggressive in terms of expansion, and this is the reason we started operations in some West Africa offices few months ago, some of which are Niger Republic, Burkina Faso, Benin Republic. If we have to expand, we have to be able to connect shipments from Lagos to these countries. We are hopeful that we are going to open more offices around West Africa, as much as we do that, in the near future we are going into Aviation as a matter of fact, but for now, we are working with the operators of airlines in Nigeria to help them see how we can consolidate cargo since that’s our core business. We will consolidate locally to give to them, but we will also consolidate internationally for operators on International routes.”

“Our international business is principally done on the FedEx platform and we have Red Star Freight that does major cargo movement from here to the rest of the world and also bring in cargo into Nigeria. The GSA is a component of our expansion plan which we recently introduced. This will bring lots of help in the industry. We have opened international operations which are to show you that beyond the domestic market, there’s a lot we can do for Nigeria in the West Africa sub-region. This is why we also went into those markets. This means if you are a business man in Nigeria and need to drop shipments in those locations, it will be delivered the next day, as if you are delivering goods to Kano or Kaduna. More so, with the introduction of the GSA, we can ride behind the airline operators to get these goods delivered on time. It makes the whole process extremely seamless and of course business can go faster. Nigeria is not our only market, we have gone West African”. 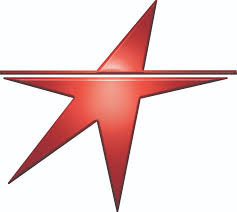 Similarly the Chief Operating Officer, Red Star Freight, Mr. Mudiaga Okumagba threw more light on the initiative. “Red Star Express is an indigenous Nigerian company owned by Nigeria and run by Nigerians. We are a licensee of FedEx, an American company. This enables us ship anything through the FedEx network.  We got the GSA license about two years ago, but we just started operating with it. We have partnered with Aero Contractors, and we hope to work with other domestic airlines in a couple of months. Also for the International routes, we are hoping that before the end of the year, we will have something to do with Lufthansa Airline. Partnering with airlines, gives us an opportunity of dropping in our cargoes in spaces not occupied by passenger’s luggage. Red Star Freight also has Independent Network partners –RFLM and WCA.

These networks allow shipments to any part of the world either by air or by sea. We started as an air express delivery company, so we deal more with airlines. Red Star has a vision of not just handling cargoes on domestic and International routes; rather we are looking forward to flying our own aircraft. This is the opportunity that lies in the GSA business. Going into this will help us go deeper into the Aviation business because you cannot do GSA business if you are not operating in the Aviation territory. We have been moving our shipments through vendors to the airlines. We are looking forward to breaking the barrier and building a relationship directly with airlines”.

Okumagba who reiterated that Red Star had about 166 offices nationwide prides in the company’s capability to handle cargoes and parcels professionally, both in the number of staff and offices it has nationwide. According to him, Red Star Freight also handle the perishable deliveries. “We also handle Red Star Agro which is merged with the Freight business. We have done lots of shipments in the perishable areas. Over time, we have successfully moved perishables (tomatoes and vegetables) to the US and UK. From time to time, we enlighten exporters on how they can overcome certain bottle necks that can hinder successful exports such as quality, price, packaging, and the proper certification of their representative at the receiving end”. 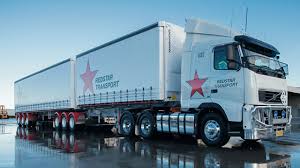