The Afro- Caribbean Artiste, Supermodel, Brand Ambassador, Humanitarian, and Entrepreneur Karina Theresa Martinez popularly known as Miss-K was one of many guests who was invited to come support "Kofi Annan's celebration of life" event in London, all organized by the United Nations Association. 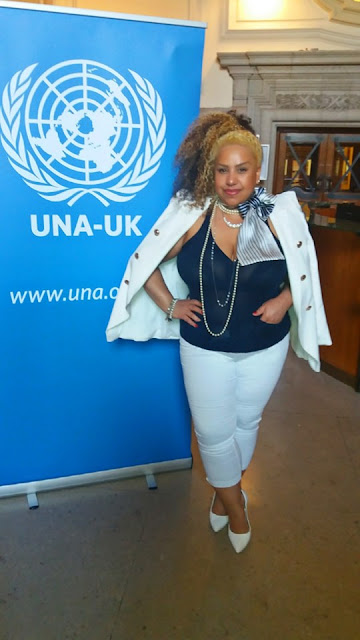 As if being a vocalist, a fashion supermodel, wasn’t work enough, juggling endorsement deals, public engagements, and—oh yeah—a personal life. On top of her jam-packed schedules, Miss-K always finds the time to use her platform for good causes, has she made it her life mission to make a difference in the world. 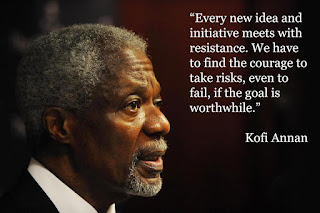 While attending the event,Miss-K made as per usual,a glamorous fashion statement, wearing an elegant white suit jacket thrown over her shoulders, matched with a navy top and white fitted trouser —something she accessorized with a white/Navy satin scarf — from the Rosemari Avenard latest collection, a Luxurious fashion brand for which she has become an Ambassador, since the beginning of this year 2019. 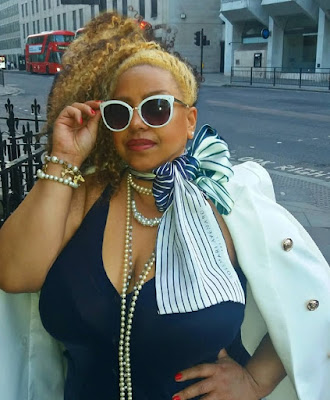 But most importantly, during her attendance, Miss-K was moved by the inspiring words,during the main speech, eloquently orated by United Nations Deputy Secretary General, Mrs Amina Mohammed, who was also in attendance, to lend her voice to the event, highlighting the legendary track records, traced by Kofi Atta Annan over the years within the agency, not only as a friend, but also as the Ghanaian diplomat who served as the seventh Secretary-General of the United Nations, and as the chairman of The Elders, a group founded by Nelson Mandela.
Miss-K was also photographed greeting Kofi Annan's son, Kojo Annan, to whom she extended her warm and best wishes. 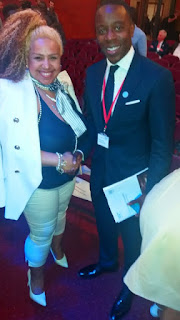 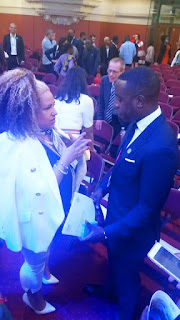 Taking the time to thank the U.N.A for such event through her social media platform, Miss-K also wrote a few of her favorite quotes from the late giant, such has "Every new idea and initiative meets resistance. We need to have the courage to take risks and make mistakes if the goal is worth it." and "There is no development strategy more beneficial to society as a whole – women and men alike – than the one which involves women as central players. – Kofi Annan 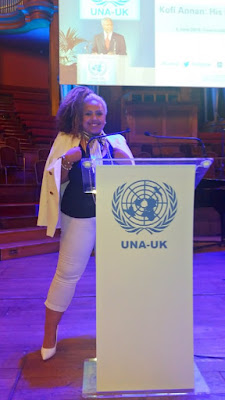 We couldn’t be more impressed by Miss-K, who is such big-hearted and charitable celeb, for extending her backing to such celebratory event especially made to reflect the legacy of legendary Kofi Annan.