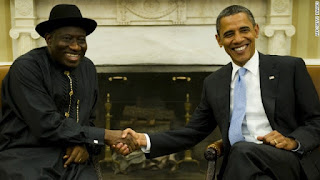 "Our virtues and our failings are inseparable, like force and matter. When they separate, man is no more". -Nikola Tesla

The 2019 much anticipated Presidential elections in Nigeria has come and gone, but no doubt the memories will continue to linger on for a long time to come
To some, the result and overall elections process hold good memories, while to others; a mixed grill outcome
A critical look into the 2015 and 2019 elections will paint a major significant differences to us all
Also, a deep overview of the 2015 result released here by then INEC Chairman Attahiru Jega, showed that the APC won with 15,424,921 votes, beating incumbent President Goodluck Jonathan (12,853,162). 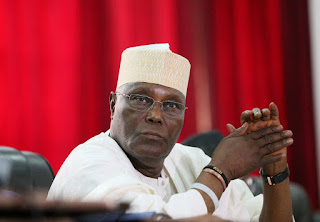 Muhammadu Buhari from the All Progressive Congress (APC) won then officially declared the 2015 Nigerian presidential elections Victor , announced the Independent National Electoral Commission (INEC)
The valid votes totalled 31,756,490 out about 68 million registered voters.
It was on record that the outcome was Buhari’s fourth attempt at contesting for the number one position in Nigeria.The former Military ruler garnered 53.96 percent of the votes cast, Goodluck Jonathan (PDP) 44.96 percent
The law requires a simple majority or 51 percent.Buhari then also met the constitutional requirement to be declared President-elect by getting more than one quarter of the votes in 27 states.
Gen. Buhari’s victory makes it the second time since 1999, that Nigeria returned to democratic rule with a retired military officer would becoming president. The first time was when former military leader Olusegun Obasanjo was voted President in 1999.
It is however the first time there has been a power shift in a Presidential election.
Years after that result, then Incumbent President Goodluck Jonathan is still being praised globally for his gallantry of conceding defeat and congratulated Buhari - long before the final result was announced 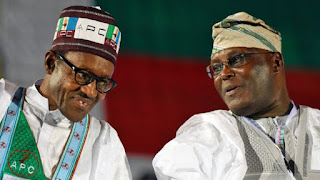 Now, the big question many globally are asking is why can't Aljaji Abubakar emulate Jonathan's 2015 gallant move of conceding defeat to Buhari for peace to reign?

A look back at the 2019 result shows us that President Muhammadu Buhari of the All Progressives Congress (APC) won the 2019 presidential election with 15,191,847 votes, giving him another term of four years.

His main challenger and the candidate of the opposition Peoples Democratic Party (PDP) Atiku Abubakar scored 11,262,978 votes in the polls which had 71 other candidates on the ballot.

In retrospect, we can clearly noticed that there was Nothing PDP did not throw at President Muhammadu Buhari on the campaign period

Yet the missiles all fell short of their targets. All misinformation, fake news, Sponsorship of hate speeches, religious bigotry, tribal politics and the GRAND DUBAI PLAN all came to nothing.

Let Atiku’s advisers tell him to do the honourable thing. Embrace PMB and congratulates him. Shake hands and accepts defeat.

After all it’s not a do or die affairs and Nigeria belongs to us all.

Atiku and PDP must be pragmatic today and Join President Buhari in building a new Nigeria for posterity.

Atiku we salute you. You are a gallant warrior. But president Mohamudu Buhari is the choice of Nigeria's mass populace.. He has always been. 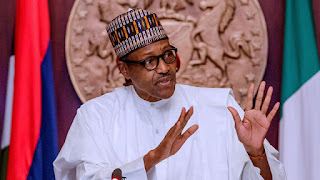 He won fair and square. A great victory. No court and no judge can turn what is a correct verdict to an imaginary one. 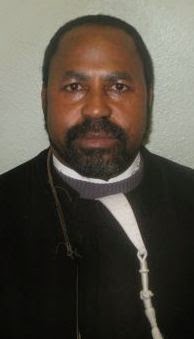