The Conquering Lion of the Tribe of Judah, His Imperial Majesty Haile Selassie I. Gets A WELL Deserved Honor : An African Union Statue in Addis Ababa 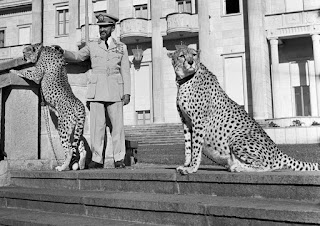 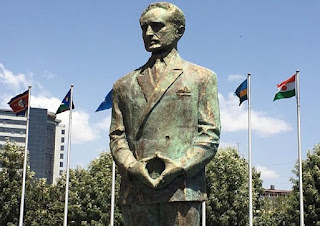 The Conquering Lion of the Tribe of Judah, His Imperial Majesty Haile Selassie I. was a man that came , saw and conquered
For his role in the evolution of Africa’s development agenda, the African Union (AU) will unveil a statue of Ethiopian emperor, Haile Selassie, at the AU headquarters next month.
This  is a  well deserved honor for one of the greatest black man that ever lived on planet earth He deserves the statue mounted for him and this tribute piece , courtesy of  Nigerian  leading paper, THE NATION is worthy of reading and fling .WORLD LEADERS, hereby present the glowing tribute 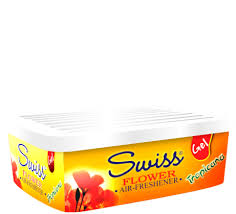 Ethiopia’s last emperor, Haile Selassie, has been honoured by the African Union (AU), for his role in the establishment of the union’s predecessor, the Organisation of African Unity (OAU). His statue now occupies a pride of place outside the AU’s headquarters in Addis Ababa, Ethiopia. The ceremony was witnessed by many African leaders, including Ethiopia’s Prime Minister Abiy Ahmed, Ghana’s President Nana Akufo-Addo, Rwanda’s President Paul Kagame, as well as relatives of the late emperor and foreign diplomats.
Deputy chair person of the AU, Kwesi Quartey, said ahead of the unveiling that “the commemorative statue of Emperor Haile Selassie is an important recognition of the emperor’s contribution to Africa’s liberation and unity leading up to the founding of the Organization of African Unity in 1963.” It was the second such statue to be erected at the AU headquarters, the first being that of Ghana’s first president, Kwame Nkrumah, in 2012, for his African liberation struggle.
Did Haile Selassie deserve such honour and recognition? Perhaps before answering this question, it would be pertinent to know who the man, Haile Selassie, was. A decade before his coronation in 1930, a certain black rights crusader, Marcus Garvey, had ‘prophesied’ that his followers should “look forward to Africa when a black king shall be crowned, for the day of deliverance is at hand”. No one knows how this was connected to the coronation of a black man in Ethiopia, Ras Tafari (Haile Selassie), but many saw that as sign of a prophecy fulfilled. An account has it that “In East Africa, Ras Tafari (“chief” Tafari) became Haile Selassie (“power of the trinity”). Almost 8,000 miles away in the West Indies, Haile Selassie became God (or Jah) incarnate – the redeeming messiah – and Ethiopia, the Promised Land.” 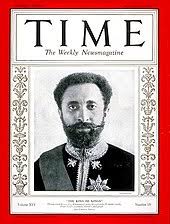 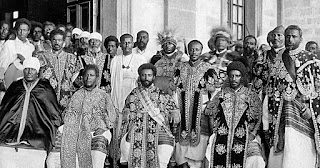 Indeed, when Haile Selassie went to Jamaica in 1966, thousands of Jamaicans trooped out to welcome their ‘god’, among them was Rita Marley, wife of the then young reggae musician, Bob Marley. As a matter of fact, Rita was reported as saying that she saw nail marks on Haile Selassie’s palm as he waved to her. However, the euphoria as to the spiritual status of Haile Selassie died in 1975, a year after he was deposed in a Marxist revolution. How could someone they regarded as god have died? That was the conundrum they could not resolve.
But the question of whether Haile Selassie deserves the honour done him by the AU depends on who is answering it. The truth is; the man may have been loathed at home, he was well loved outside, especially in the Caribbean. A Human Rights Watch report said he acted with “official indifference” to famines in various regions of Ethiopia and that he tried to conceal the famine of 1972-75, which killed about 200,000 people. Some others regarded him as a dictator who clamped down on opposition and created a constitution which placed all power in his hands and those of his descendents. Also, many Eritreans hated him because, according to them, it was in his time that Ethiopia annexed their country in 1962, giving impetus to an independence struggle which finally ended in 1993. 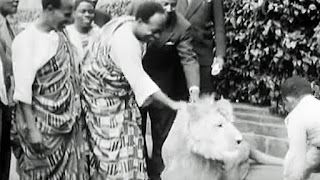 But, if it is all about giving honour to who honour is due, Haile Selassie deserves this, and probably more from the AU. It should be remembered that Ethiopia was never colonised, except for a five-year military occupation by Italy. Yet, the country served more or less as a rallying point for the emancipation of Africa during the colonial period. Indeed, Selassie was already 30 years on the throne when he helped establish the OAU, with its first meeting, in May 1963, in Addis Ababa. This was a man who could have shown no concern for the plight of other countries on the continent under colonial rule because his country never knew what it was to be in such bondage. Yet, it is on record that he threw everything humanly possible into making the first meeting a huge success. It was a carnival of sort. “May this convention of union last 1,000 years,” Haile Selassie, who spent a year preparing the city for the meeting, told the gathered delegates.
The OAU might have ceased to exist in its original form in 2002 when it was replaced by the African Union (AU), Haile Selasie’s role in establishing the union has not been forgotten, and indeed should not be forgotten. While conceding that the statue is a befitting way of recognising such a huge contribution, we cannot turn a blind eye to his legacy as a brute, as one of the tyrannical blights in the history of African leadership. It is therefore a grudging concession. Statues should go to great men, but they are not without chinks in their armour. 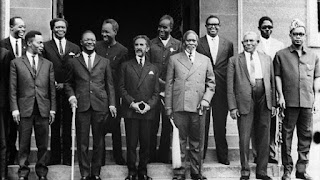