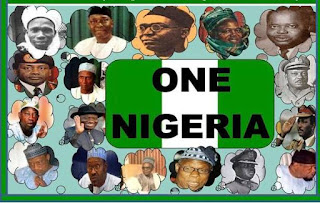 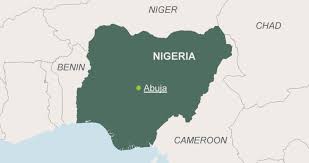 I may not be the best to talk about this as many are going to say Why is he not here?
To those that knows me  I would have relocate to USA since 1976 before and even after FESTAC 77 on a platter of gold but I see no reason for leaving my country to a foreign land when I can get the same quality of life here so I said Not to the Offer.
Now like others I acquired education thanks to Chief Obafemi Awolowo 's Initiative . free education. He started a great thing but the question is Do we build on that ? NO, No, No. many see him as an obstacle to them getting rich in a dubious way. For get where he come from look at his achievement. Once upon a time our parent will say " Do not stain the family name" when you are about leaving village to town. there was Moral in fact that is first thing.
Today there is nothing like moral training and the leaders are not interested in that but stealing Billions and stacking it in America and Europe while they use the money to develop their infrastructures and turn round to borrow us our own money and we pay though our nose interest  many nation in Africa became slave or made themselves slave once more to these other Nations.
Way Forward.; we cant move forward if we do not understand where we miss the way. So from the period that Riches and material became our priority and we closed our eyes to Nation building we lost it.
America did not become what it is today by their leader staealing and sending it or keeping it in Africa or Asia, no they invest what they have and made their nation great.
What have we done? can you point to any of our leader today that are not Ruler . We are all guilty of it . 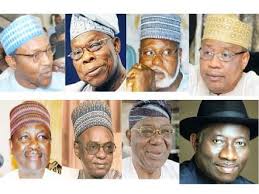 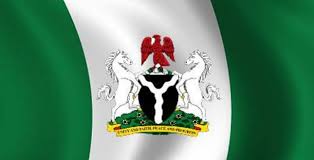 Yoruba adage says " Agbepolaja ki sole..." That is the Person that stole Oil on the shelf is not the thief but the helper.
that leads us to the Youth we made the bad Leaders " Rulers" what the are today  " Monsters" because we ( Youth) prefer quick money , so we preferred to do "Alright SIR" just for crumbs of bread when it actually belong to us, what a shame.
So what do we do we need to Repent and go back , think and ask ourselves how and where do I want to see my country. what do I want my children and coming generation to meet. Do I want to mortgage their life or do I want to give them a better life.
Go into history ALL nations that develops or that are called developed Nation today has their leader in the Past paid the price. But many of our leaders do not want to do anything or make sacrifice for the generation to come they steal and kill and at the end those wealth are handed over to "FOOLS" who does not know how it came to be so they do not know how to preserve it either but misused them.
They learn  stealing as a game from their father and they also became robbers physical or pen robbers.
this is what the hand over to their children and that is why Nigeria is what it is today  the Land flowing with Milk and Honey turning to desert.
So what is the way forward?
We need to start with our children . Teaching them that it pays to do the right thing. The Bible says "thou shall not steal" . You know why? it hurt others you stole from and it turns everyone into poverty. how it  does not last . What you do not suffer for will never last in your hand. Do you know why those that live here ( America) seems stingy? Because they suffer for the dollar  so they can not afford to misuse it . Politicians are spending any how because they do not work for it  they are stealing from their Children and children to come in future .
We Must be able to say NO to some of the Politicians that think it is their fathers inheritance to stay there and spend Nigerian money any how because they can always buy our vote and remain there. No it is time now  not tomorrow to say NO! we must come out and tell them we are ready to lead this Nation to Greatness. Nigeria First.
Let us look around and vote those with great mind. they are there but because they do not want to buy vote they do not get to be part of the Nation builders. We must start from there. In the US yes many rich men and women finances candidate so that their investment grows but the money remain here so also lot of  candidates depends on the public and they are accountable for every cents contributed to their campaign. If we can do that we will be able to ask them how well have you performed if they come back to ask for our vote. the reason why we cant ask is because we sold our vote and they have to get their money back not ready to serve the people.
Let God fearing Children get out and vote and also run for offices. Charity begins at home . we have to start participating stop staying on the fence.
We have youth that can lead and turn Nigeria around for greatness so we must encourage youth to lead rather than being a security guard. " Area Boys".
We must start believing that we can do it not minding the Odds.
Look at Lagos there it start with Tinubu after Jakande, either for good reason or selfish Tinubu want to do better than Jakande so he did the little he could do putting value to what he met  then fashola and now Ambode. Note you will never get Lagos voting for anyone who will not do better than Ambode in fact who ever has the privilege will want to make name for himself and his family.
Note All started from one man who had a dream and put it to action I do not care where he came from  but he did it and that was Awolowo . he want to make his nation great and he did it while he has the  opportunity today he became the "mark".
Let start asking all these politicians who are asking for our Vote  and let go into their life expose them and tell the world what the are in the past and ask them why we should trust them now? .
They have their chances they blew it. so why should we not try another person why you alone.
They are not Mr. Fix it they have never fix anything They were President and vice President No Good hospital , University suffers , Lecturers are not paid , Doctors are running away from home to US and Europe etc. 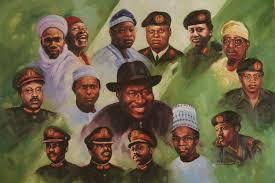 Why? because they do not care . preferring to spend money of importing exotic cars buying house in other countries  ; we have to say no to such people when they are such they are off to Europe  when they can build such Hospital there in Nigeria for the benefit of Nigerians and their family too.
we have to have priorities list our need not wants . ROAD,  HEALTH and EDUCATION . look at their track record and do not vote for them knowing they are thief in the past they will always steal even now.
That is the way to help them repent ( Change for better)and make Nigeria great.
*BY AYORINDE AINA 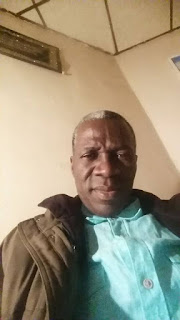 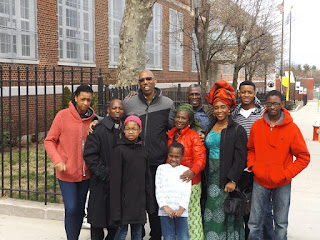