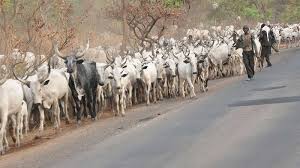 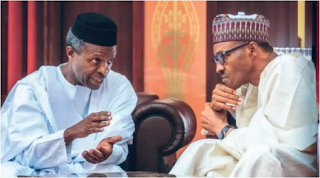 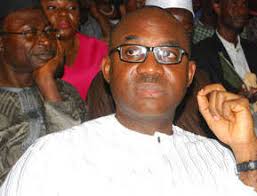 Truth, as one likes to say, is a pest. It is left for those haunted to device their own coping strategies. As for President Muhammadu Buhari, it does appear that when silence is not deployed fiercely as shield against uncomfortable questions, a few other tactics are improvised with a view to purchasing time or rehabilitating the truth.
The Osinbajo peace panel convoked last week in the wake of the bloodletting by herdsmen would seem the continuation of a familiar theatre of looking for what is not missing. The victims are left to grieve alone. The crime scene is known. The culprits have owned up.

The limit of sycophancy
Even by the often pathetic standards associated with eye-service in Nigeria, the stunt by a certain Atonte Diete-Spiff on January 15 must rank as simply bizarre.
Recall that no sooner had news broken in December that President Buhari's son Yusuf was involved in a grave bike accident on the Abuja highway than the national airwaves turned a babel.
Almost immediately, career sycophants were stepping on genuine well-wishers to gain the attention of the First Family in the outpouring of sympathy and goodwill. They either caused words to be passed around that they had not recovered a bit from deep shock inflicted by reports of the sad news or directly issued statements detailing the great length they had gone to commission, at huge personal costs, platoons of prayer warriors to conjure Yusuf's recovery as quickly as divinely possible.
Perhaps not wanting anything abridged or edited in the course of reportage, Diete-Spiff took out a whole full-page in the newspaper with the banner headline, "Yusuf Buhari Will Survive". The novelty he added was rendering his own prayer points in a four-verse poem and in giant point-size.
Expectedly, as a footnote , he did not forget to indicate his e-mail address.
True, most faiths expressly believe that prayers are answered and that miracles do happen to those who believe. But none of the known holy books has ever told us prayers must be said on the roof-top and amplified with a mega-phone or publicized as newspaper advertorial to get answered.
There is a biblical name for those who act in that manner: the Pharisees.
To be sure, shared humanity would oblige everyone of us to stand with the Buharis in those trying moment. Only the children of Satan would not have rejoiced following reports that the young lad had healed and been discharged from the Abuja hospital.
Let it however be emphasized that God's evident mercy on Yusuf could only have been triggered by genuine prayers said quietly before many Godly altars in nondescript homes across the land, by true Nigerians without big titles; certainly not by the bare-faced sycophants like Diete-Spiff looking for what to eat.