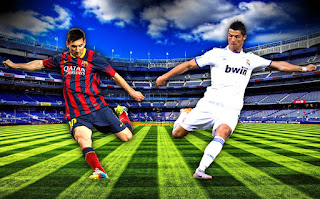 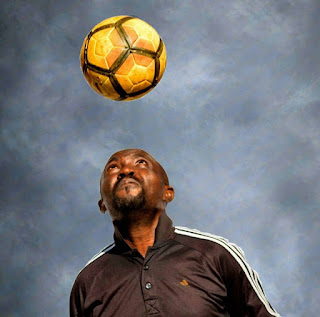 Prince Olagbemiro who  told CERUTTI WEEKEND SPORTS MEGA MIX TEAM  that  his ultimate desire is to see every Nigerian kid talented in football realize his dream of playing the game at the highest level, also spoke on sundry national issues, enjoy it

What informed your decision to soccer academy?


Youth Arise Football Academy  is about developing football talents between the ages of 4 to 17, for both boys and girls. We gather these youths at every given point in time, when they are on holidays so that they don’t stay idle at home. Most of the kids who are part of our academy go to schools in different locations and whenever they return home for break, there is always the need to reunite them with their former team mates so that the gap won’t be much.
What are the kids learning in yur academy?
As I said we try to keep them busy all through the year . They are taught the rudiments of football. We teach them how to run with and without the ball, positioning and shooting. We expose them to all the necessary drills because when they are taught the basics at the early stages, they become more creative and knowledgeable in the game. They do the right things and you do not need to talk too much.
Is there anything new you  letting the kids know
This time we are going to show them visual football on a projector so they can see how football should be played in the most organised manner. We try to make them understand that football has gone beyond the normal approach to scientific. So by the time these kids grow they know this is how football is played.


How many children attended you  last summer event ?


In the past, we used to have over a hundred participants. So this year we had at least 200 kids  including the less privileged ones. At last summer camp, we had over 135 kids that attended. 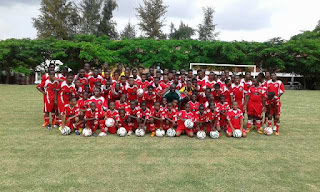 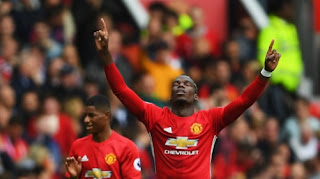 How much support are you enjoying from corporate sponsors?


We all know that football is capital intensive. However, there is a serious challenge in this aspect because corporate organisations hardly identify with projects like this. It is rather sad that most people do not believe in youth development. When we write to companies they prefer to refer us to their headquarters in Lagos and nothing comes out of it. Promises are sometimes made but nothing happens. For instance, at my last Summer Camp, a parent asked who is supporting me and I said it is God. I want to say we are open to sponsorship so corporate bodies should please come to our aid as part of their corporate social responsibility. What we are talking about here is the future of our children.

Would you say there are enough training facilities for football academies in the FCT?


Lack of standard training facilities is a major challenge in Abuja and Nigeria in general. We do not have the right training facilities. The few that exist are over-stretched. Workers in Abuja also want to play football after work. And since they have the finances, they have taken over most of the available spaces. Organisations can book a field for three years and they pay instantly. When you enquire about some spaces, some people have paid for five years. They make it their own. After five years they can renew. Millennium Park training pitches are booked for years. At the Area 3 football field, you find over 10 clubs training there none stop. In addition, league matches are played there. It becomes very difficult for our kids to be exposed to standard paying pitches. These are some of the challenges football academies are facing in Abuja. Adults have refused to retire from football so it makes things very difficult for us.
What would you say makes your academy to stand out from the rest?

One of our primary objectives is to catch them young. We look at kids from little ages, structure their minds on how football is being played. We have achieved so much already. We make our kids understand that football is not played haphazardly. What we teach the adults is what we teach them. The cone work, passing, runs and of course how to control the ball, head, chest and pass. Recently I dropped my equipment on the field and a five year old girl picked them and arranged them accordingly and I was just watching her. I was surprised. As she arranged it, she was doing the exercises accordingly. Our academy is also different because why we start early, others start very late. They leave it till the kids are 15. At YAFA, we have our football culture modelled after the tiki-taka approach. Unfortunately, we do not have a football culture in Nigeria.


Is YAFA only about development of football talents? 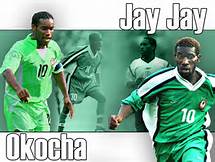 Not really. We don’t just teach football. We also mentor them. At every camp, we bring mentors who talk to them. We try to inculcate good character into the kids. If a football player is good on the field but his character is bad, he won’t go anywhere. It’s like you have a good car with a flat tire, you can’t go anywhere. So we mould them. At this Easter camp we have two speakers coming to address them.


How does YAFA monitor the progress of the kids that graduate from the academy?


As a matter of fact, another thing we have in our academy which is unique is that our kids graduate to Youth Arise Football Club where we play in the state Federation Cup and the league. We start from the lowest age to the football club. We have a solid structure on ground.


What would you say is responsibility for your commitment to youth football development?

I inherited my passion for football from my father, Dayo Olagbemiro who played for the famous Mighty Jets of Jos and the then Green Eagles. He was also the Team Manager of the world conquering Dream Team 1 of 1996. He was also the manager of the Super Eagles at USA ’94 and France ’98. My father was also a member of the then Nigeria Football Association for 15 years. The history of Nigerian football would be incomplete without a mention of his name. He introduced me to football at a tender age. I played for my primary and secondary school. I represented Plateau state in academicals and I played in NUGA.


I was also in the Plateau United team that won the state FA cup for the first time. I played for Plateau United in WAFU competition also. I was once invited to the junior national team. However, when injury cut short my promising career, I went to Spain to study football management and marketing. I also have a certificate in youth football coaching from Buckingham University. I am also a holder of Tiki-Taka certificate in football organisation. So football runs in the family. My younger brother is a professional football player in Europe. I have so much passion for the sport and I want every kid talented in football to realise his dream. I believe fervently that with the right structure, Nigerian can win the World Cup because talents abound in the country. 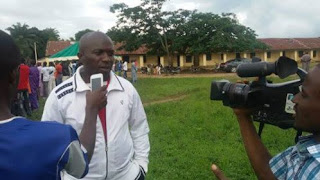 I or only  me cannot do it, we need multinationals to support us raise new set of JJ OKOCHA, POGBA, MESSI RONALDO etc, I have seen many talents, with support we can build new super stars  from Africa