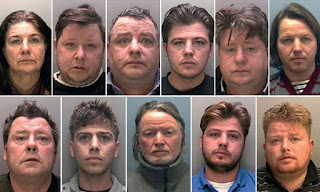 Eleven members of a Lincolnshire family have been convicted of a series of modern slavery offenses after forcing at least 18 victims – including homeless people and some with learning disabilities – to work for little or no pay and live in squalid conditions for up to 26 years.
The members of the Rooney family, who were based on Traveler sites in Lincoln, targeted vulnerable people, including some with alcohol or drug addiction, and deliberately looked for potential captives on the streets, Nottingham crown court heard.
The impact of the forced labour on the mental and physical health of the victims had been severe, prosecutors said, with some being malnourished, subjected to beatings and threatened. One of the victims was found to have been working for the family for 26 years.

The Rooneys lured in their captives with offers of work and accommodation but once they accepted they were allocated dilapidated caravans mostly with no heating, water or toilet facilities, prosecutors said. Some victims reported having to use rudimentary toilets in the woods nearby. One victim was ordered to dig his own grave and told “that’s where you’re going” if he did not sign a bogus work contract.
The convictions in four trials – which can now be reported after restrictions were lifted by a judge – were revealed a day after the National Crime Agency (NCA) said modern slavery and human trafficking was far more prevalent than previously thought, with potentially tens of thousands of victims in the UK.
With about 3,800 victims identified in 2016 and suspicions of many unidentified cases, the NCA warned that exploitation that amounted to slavery was rife and often in plain sight. “As you go about your normal and daily life … there is a growing and good chance you will come across a victim,” said the NCA’s vulnerabilities director, Will Kerr.


The 11 gang members in the Lincolnshire case, convicted of fraud and slavery charges, used the money they made from their workers to pay for holidays to Barbados, cosmetic surgery and coaching at a Manchester United football school.


One victim’s sister gave an emotional account of his life as a captive of John Rooney, one member of the family. Speaking anonymously in an interview recording released by Lincolnshire police, she said he was beaten with a rake when he overslept, had his teeth smashed with a concrete slab and had been left “psychologically damaged” by his dreadful ordeal.


“He was asked to sign a contract by John Rooney – a contract would have been out of his understanding,” she said. “And John Rooney said to him: ‘You’re going to work for me for the rest of your life.’


“My brother replied: ‘Oh, I don’t know about that.’ Prior to that conversation, John Rooney had actually made him dig a hole. And my brother said to him: ‘How much further do you want me to dig down?’ And he [Rooney] said ‘keep digging’ and at the end of the conversation said to him: ‘If you don’t sign this contract, that’s where you’re going, in that hole.’ 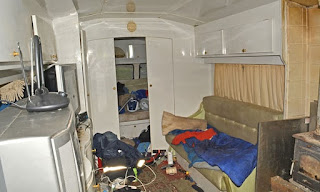 Reflecting on the Rooneys’ manipulation of their victims, Janine Smith of the Crown Prosecution Service said: “These members of the Rooney family lived lives of luxury at the expense of their victims, condemning them to live in fear, misery and squalor. For them, exploitation, violence and extortion were a way of life. The defendants have caused serious harm to the people they exploited, some of whom have now passed away.”


Victims were forced to work either on the Traveller sites or for the defendants’ businesses, repairing properties and paving driveways without safety equipment or appropriate clothing, the CPS said.


The defendants told their victims they owed money and would force them to work more to pay it off, paying them little or nothing for the work carried out.


The Rooney family would control their bank accounts, and in some cases would help themselves to their savings and benefits, even fraudulently instigating benefit claims in their names and seizing the money.


Some of the defendants supplied alcohol and drugs to the victims in an attempt to keep them under their control, the CPS said.


Some of the victims tried to run away but were tracked down by the defendants and taken back to the sites.


The case was divided into separate trials, each dealing with different areas of offending. The first trial, which lasted four months at Nottingham crown court, resulted in guilty verdicts for the forced labour and exploitation of the victims at a site in Drinsey Nook.


The second trial was for similar offences committed at a site in Washingborough, and the defendants pleaded guilty to offences of forced and compulsory labour during the trial.


At a briefing to journalists on Thursday, Kerr said the number of victims of modern slavery and human trafficking were far higher than those identified by the system set up by the government, which stood at about 3,800 in 2016.


“It’s likely in the tens of thousands,” he said. “The more we look for modern slavery, the more we find evidence of the widespread abuse of the vulnerable. The growing body of evidence we are collecting points to the scale being far larger than anyone had previously thought.”


There has been a wide range of cases uncovered, from a Romanian organised crime gang making €5m (£4.5m) advertising prostitutes online and laundering the proceeds, to a 12-year-old girl being trafficked into the UK to take children to school.


Victims were predominantly from eastern Europe, Vietnam and Nigeria, with a roughly equal balance between men and women, the NCA said. There are currently more than 300 active policing operations targeting modern slavery in the UK.


The convicted offenders were: 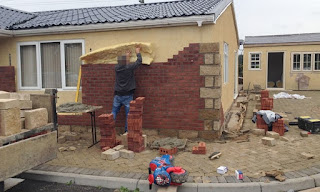 • John Rooney, 31, of Drinsey Nook, Saxilby, Lincolnshire – conspiracy to require a person to perform forced or compulsory labour, conspiracy to defraud, fraud by false representation and two counts of theft.


• Bridget Rooney, 55, of Drinsey Nook – conspiracy to require a person to perform forced or compulsory labour.


• Martin Rooney, 57, of Drinsey Nook – conspiracy to require a person to perform forced or compulsory labour and unlawful wounding.


• John Rooney, 53, of Pontefract, West Yorkshire – two counts of conspiring to require a person to perform forced or compulsory labour.


• Peter Doran, 36, of Lincoln – conspiracy to require a person to perform forced or compulsory labour.


• Gerard Rooney, 46, of Lincoln – conspiracy to require a person to perform forced or compulsory labour.


• Lawrence Rooney, 47, currently in prison – conspiracy to require a person to perform forced or compulsory labour.


Sentencing will begin on 7 September. 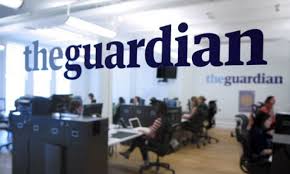