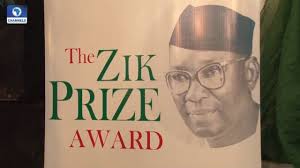 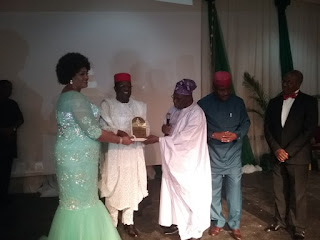 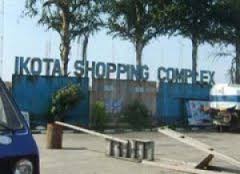 
Nigeria’s former President, Chief Olusegun Obasanjo, has extolled the leadership qualities of Governor David  Umahi of Ebonyi State, describing him as "an achiever."
Obasanjo, at the presentation of the  2016 Zik Prize for Leadership   in Lagos on Sunday night, said Umahi's  focus and passion  had  brought unprecedented  transformations and development in all sectors of Ebonyi  State.
He stated that the  obvious marks of good governance as exemplified by the Umahi administration  was worthy of the ideals of Dr. Nnamdi Azikiwe, who was in his life time called  Zik of Africa.

THE     former President    added  that the award was deserving of the recipient for his distinctive performance in his calling as a democratic leader.
“This Governor(Umahi) is a doer, an achiever: I have seen him at work and I know what he is doing in his state,”  Obasanjo stressed at the event  had  business moguls like Africa's richest man, Aliko Dangote;  politicians and bankers in attendance.
The former President  expressed optimism that the honour would encourage Umahi and other recipients for greater achievements akin to those of the late sage, Dr. Azikiwe.
The other recipients of the award were Central Bank Governor Godwin Emefiele; Governor Kashim Shettima of Borno State and Dr. Abdulahi Ganduje of Kano State.
While the  award for  Good Governance went to the Ebonyi State Governor; that of Professional Leadership   was  conferred on    Emefiele. The  award for Humanitarian Service was bagged by Dr. Emmanuel Iwuanyanwu while  Alhaji Ahmed Joda  and Mrs. Chinelo Anohu-Amazu received Public Service Awards.   Dr. Kesington Adebutu and Dr. Daniel Chukwudozie were awarded for Business Leadership. 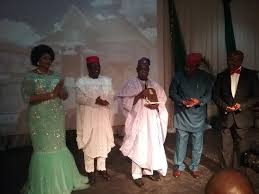 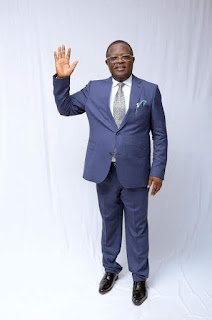 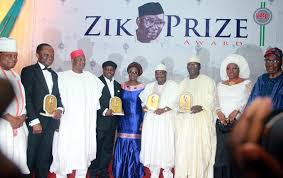 Speaking on behalf of other awardees, Umahi emphasised that Nigeria at present needed exemplary leaders like Zik to offer quality services to the people as well as promote the spirit of unity in the country.
“We need exemplary leaders like Zik at a time when our understanding of a united Nigeria is troubled,” an elated Umahi noted.
He expressed belief in one indivisible Nigeria built in love, peace, fairness, equity and justice, adding that the award would spur him to greater works and services to the people “especially to pursue those virtues for which Zik of Africa lived and died in this country.”

The governor  expressed appreciation to God for His grace and to the organisers of the event,  Public Policy, Research and Analysis Centre (PPRAC)   for its  integrity.
In a key note address, the Executive Director of PPRAC, Chief Mac Nwabara observed that the Zik Prize in Leadership was instituted over two decades ago to help raise leadership bar in Africa; from politics to education and marketing to industry for those who have charted a way for others to follow.
Noting that “leadership used properly will promote a society”, he stressed the need for a course correction in Nigeria based on corrupt-free leadership and good conscience without which, the nation cannot move forward.

He urged the awardees to continue to consistently raise the bar of leadership for which they were nominated for the award, devoid of any form of disappointment.
The Chairman of the event, Professor Joe Irukwu (SAN), in his remark poured encomiums on the late  Azikiwe who ,according to him, laid foundation for effective and unifying leadership in the country.

He challenged all modern day leaders to strive to promote the legacies of the late icon and commended the organizers for the caliber of the nominee.