Prolific Sunday People :Of The Machiavelli' s Warning To Political Leaders And The Sonala Olumhense 10 Bullet Point On Goodluck Jonathan 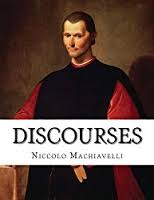 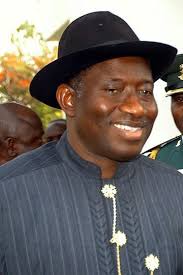 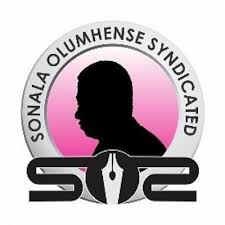 "I thought former Nigeria leader Goodluck Jonathan was writing his biography. It turns out  the former President has been busy writing revolutionist history instead " - Olumhense

The   recent attack ( or to put it more succinctly,  newspaper opinion) by highly celebrated syndicated Columnist, Sonola Olumhense on ex President Goodluck Jonathan about a week ago in his widely syndicated platforms is no doubt a case reference for future political and business leaders

In that piece, Mr Sonala totally exposed some weakness of the ex president and a situation where non of Jonathan's ex loyalist or spin agents could not openly come out to defend their master, leaves much to be desired where leaders and loyalty of their subjects comes to play

Can one buy the friendship and loyalty of another? Over five hundred years ago,Machiavelli had this to say about friends and their value to a leader

"For it may be said of men in general that they are ungrateful, voluble ,dissemblers, anxious to avoid danger and covetous of gain ; as long as benefit them, they are entirely yours... Friendship which is gained by  purchase....is bought but not secured and at a pinch is not to be expected in your service"

Can this be said of Jonathan who is now left to face his image and legacy attack from forces like Mr Sonola who tagged Jonathan as " The accused trying the judge in his own courtroom "
For benefit of  those who missed the Sonala Olumhense syndicated piece on Jonathan, we hereby present a modest 10 bullet point squeezed out from the piece
Intro

" I thought former Nigeria leader Goodluck Jonathan was writing his biography. It turns out  the former President has been busy writing revolutionist history instead "

• In another direction, Mr Jonathan has accused Buhari of harassing members of his family, I suspect Mrs Jonathan at some point was angry with him for not saying anything about her battles with the EFCC to claim nearly $6bn in suspicious funds in her account the agency has kept frozen
• So much false evidence has developed that you wonder : if Patience Jonathan received $6b as " gift"

• Jonathan electoral campaign were built on lies he never attempted to implement, he openly approved of corruption and under his management Nigeria grew from poorly managed to unmanageable

• Jonathan paid - including through the embassy of Nigeria in Washington DC- various political and public relations consultancies  to foreign interest, one of which received at least $ 1.2 million for writing one newspaper article for him

•The point is : anybody running against Jonathan in 2015 who said the magic word " change, " was bound to gain attention . Buhari did, and he won

•If Jonathan thought of stealing as being different from corruption, Buhari thinks you can be corrupt without being guilty and that corruption is different from the people who perpetrate it. That explains why he accepts money from looters in exchange for protection, and why the main battlefield is in his imagination

• Clearly, Mr Jonathan is bitter about finding himself in the record books as the first sitting Nigerian leader to be booted out of office

• Abuja  is littered with grand estates and mansions, a lot  of them lying curiously uncompleted, belonging to the thieves and their accomplices

*Footnote
No doubt, the inability of former faithfuls of Dr Jonathan to come out boldly to speak in defence of their former benefactor has exposed many of them as being guilty of what Machiavelli spoke about over 500 years ago

• Mike Cerutti Osagie is a  blogger, author band currently a  political science scholar based in Abuja - Nigeria
He can be contacted via: youngchief@yahoo.com