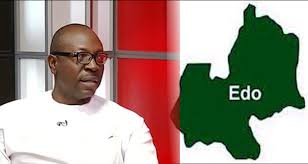 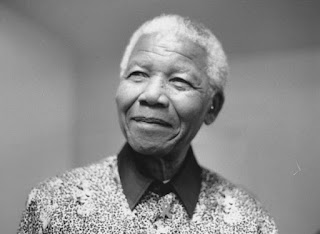 Only last week, an election petition tribunal sitting in Benin, Edo State, affirmed the victory of Godwin Obaseki as the winner of the gubernatorial elections held on September 28, 2016.
At a time many are expecting full return of serenity  and  harmony in the State, peace seems to be the last word for now, as the Peoples Democratic Party and its candidate in the election, Osagie Ize-Iyamu, had challenged Mr. Obaseki’s victory, alleging widespread irregularities. Mr. Ize-Iyamu, a Christian preacher, is refusing peace and has instructed his lawyers to file an appeal immediately.
The case is getting more dicey, as  Mr. Obaseki, who ran on the platform of the All Progressives Congress, was declared the winner of the election by the Independent National Electoral Commission. Mr. Obaseki polled 319,483 votes as against Ize-Iyamu’s 253,173 votes, defeating the PDP candidate with 66, 310 votes.

Ahmed Badamosi, who led the three-man tribunal, dismissed Mr. Ize-Iyamu’s petition, saying it lacked merit. Mr. Badamosi held that the petitioners failed on all fronts to prove their allegations of voter fraud and other corrupt practices that allegedly marred the poll. “The petitioners have failed to prove their case with credible evidence and it’s therefore dismissed,’’ he said. The tribunal held that while the petitioners abandoned some of their pleadings, “witnesses evidence was controverted under cross-examination’’.

“The much talked about ticking and over voting by the petitioners have not been specifically proved beyond reasonable doubts. “And not calling witnesses to prove their allegations of corrupt practices and over voting was fatal to their case and is deemed to have abandoned their pleadings,’’ it found. “Accordingly, the petition has failed and is hereby dismissed,’’ it held. Mr. Ize-Iyamu and the PDP had listed INEC, Mr. Obaseki and the APC as first, second and third respondents, respectively. He asked the tribunal to nullify the election of Mr. Obaseki and declare him the winner, having allegedly scored majority of the lawful votes cast among other reliefs sought.

THE big question many are now asking is why can’t Pastor Osagie accept the ruling and seek peace like  Africa’s /world great Politicians have done in past? Osagie and PDP must let go and give peace a chance and by that way emulating some bigger global politicians who chose peace than war  e.g.: Mandela, Obama, Nkrumah, ex Haiti leader Jean Bertrand Aristides and former Nigerian president Jonathan

·        VIEWS HERE  ARE EXPRESSED BASED ON self opinionated angle by  the wordsmith of this peace article , Chief Mike Cerutti Osagie
The Ekpen of Ujeme/ Editor In Chief


-He can be contacted via : youngchief@yahoo.com