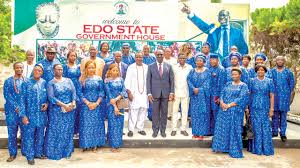 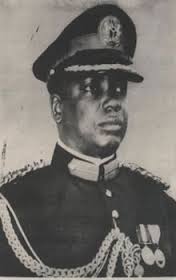 Governor Godwin Obaseki of Edo State yesterday presented three children of late Dr Samuel Ogbemudia with scholarships. The three children were Nosa, Donald and Imade Osaigbovo.
This was as he extolled the leadership qualities of late Brigadier-General, whom he regarded as an astute administrator whose monumental achievements were unsurpassable. The governor made this disclosure as he received the family of the former governor at The Government House in Benin City. 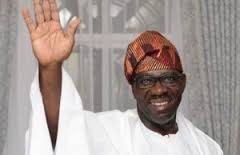 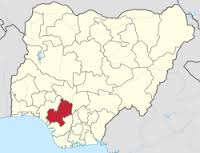 Meanwhile, the Ogbemudia family, led by the eldest son of late Ogbemudia, Samuel Ogbemudia jnr, thanked Governor Obaseki for supporting and contributing towards the successful burial of their father.
Obaseki, who considered his relationship with late Ogbemudia as that of a father and son said the state government did what was necessary to give him a befitting burial because he worked and made Edo people proud, especially in the area of infrastructural development.

The governor admonished them to sustain the unity and love that was existed while their father was alive, adding that God would continue to be with the family always. He, however, promised to schedule a date to meet with President Mohammadu Buhari to see how their late father’s name could be immortalised with a national honour. 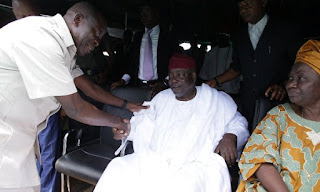 The family also showed their appreciation presenting by presenting a gift to the governor.