THE MASSIVE RISE AND RISE OF THE BRAND,CALLED RUFF 'N' TUMBLE 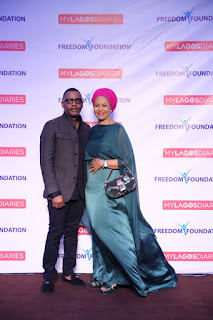 A good product cannot hide itself
It is like a beautiful home on top of a hill-you can view it from afar
Such is the story of  Ruff 'n' Tumble,-top brand premier children's clothiers- which you can now see in nearly  all parts of Lagos,Nigeria -and few other States
The company  was founded in 1996 when its CEO, Mrs Adenike Ogunlesi-wife of the very classy director of designs of the front line men's label shop,SOFISTICAT- went in search of some kiddies wear to no avail
As the story goes,one day Mrs Ogunlesi  needed pyjamas for her kids,but could not really get what she so desired.Already making clothes for women, she decided to make the pyjamas clothes with assistance from her mother,who is also a dress maker, it turned out a hot hit 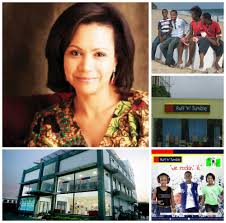 She initially used local materials including Ankara and Adire Production started and services were later expanded to other Nigerian families with kids.
The clothing production (for children from the ages of 0 to 16), gradually progressed from her house (selling from the boot of her car) to a location in Victoria Island Ruff 'n' Tumble operates a ware house, factory, distribution and has more than 50 employees 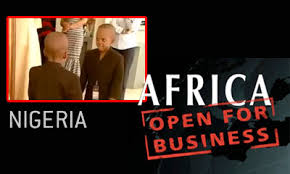 It has also extended branches to Surulere in Lagos, and Ikeja as well as, other Nigerian cities, including, Ibadan and  Kano and Portharcourt 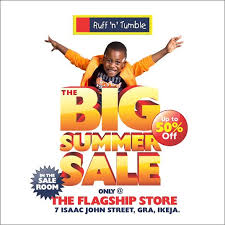 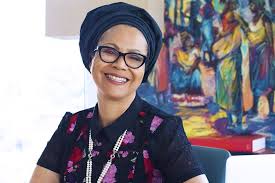 No doubt,Ruff 'n' Tumble is like a city on a hill, so glaring for all to see