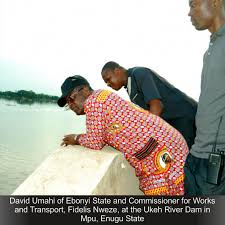 "A hungry man,is an angry man"

to Transform our World

The Zero Hunger Challenge was launched by United Nations Secretary-General Ban Ki-moon in 2012. The Zero Hunger vision reflects five elements from within the SDGs, which taken together, can end hunger, eliminate all forms of malnutrition, and build inclusive and sustainable food systems.

To this end,the Ebonyi State Government is to partner over 50,000 farmers this year to boost  agriculture and improve its  Internally Generated Revenue. 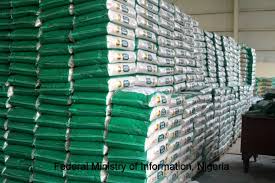 Governor David Umahi, who made this known when he received in audience, a team from   an international group,  Zero Hunger Forum,  in Abakaliki on Friday, added that  8,000 civil servants  would  benefit from FADAMA 3 programme. The governor  expressed  gratitude to  the leader  of the Zero Hunger  Forum and former President   Olusegun Obasanjo, for being part of the global efforts to end hunger in 2030,  assured that his administration would give full support to the team.


Giving a run down of some efforts made by his administration to  eradicate hunger in the state, Umahi,said,"IFAD injected over  N4 billion into the society by reason of empowering over 6,000  farmers,which of course we supported the farmers by way of standing in for them in their 50 % equity contribution.


"Through   direct funding,    over 15,000 farmers were  funded directly by the state government.  That is to me stomach infrastructure. 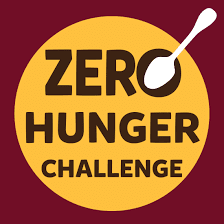 "So this year,we are targeting over 50,000 farmers to partner with and to see how we can begin to eradicate hunger in Ebonyi State". On civil servants,Governor Umahi,said," We want to marry them together and we have started the process of borrowing N1 billion from the banks and then to use it to pay the counterpart funding of FADAMA 3 of  our civil servants. So we are targeting 8,000 civil servants that will benefit from this N1 billion in a way of counterpart funding on FADAMA 3 programmes. "Our idea is that our civil servants who are interested should be able to go to work on Mondays,Tuesdays and Wednesdays and on  Thursdays,Fridays,Saturdays, they should go to farm and then be able to work through this programme". Umahi,however,noted that,Ebonyi State  would   depend  largely on the assistance of  the Zero Hunger Team in the area of seed certification and knowledge transfer to attain its  desired height in the area of agriculture.


The governor who heads one of the committees for the successful implementation of the zero hunger project  commended the  programme initiators for choosing Ebonyi as one of the pilot states in Nigeria. 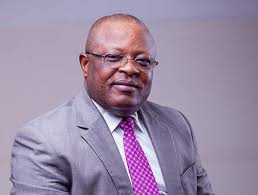 Earlier,the leader of the team,Dr.Kenton Dashiel,had explained that they were in the state to find out how Zero hunger forum could add value to the agric policy of the state government. He commended governor Umahi,for his agricultural revolution in the state,which he said,has assisted in great measure towards ensuring food security in the country. The highlight was a point presentation by the Zero hunger team on how to improve crop yields in the state.