A NEW NIGERIAN BLOOD RISES AGAIN..Who is Ademola Lookman? Everton ace signed in £11million transfer from Charlton and scored on debut against Manchester City – here’s what we know

- January 16, 2017
Described as 'the best kid outside the Premier League'...
and now he's in it! SunSport runs the rule over Toffees new winger

Here, London SunSport runs the rule over the youngster tipped for glory.

Who is Ademola Lookman and which clubs has he played for?

Ademola Lookman is a 19-year-old English winger who plays for Everton.
He began his career at Charlton’s academy after signing from London-based youth club Waterloo FC.
After just one season slugging it out with the rest of the raw talent, Lookman was promoted to the Addicks’ senior side in 2015.

He made his Charlton debut in November 2015, a 1-0 loss to MK Dons in which he played 35 minutes as a substitute.

The winger’s first start for the club came later that month in a 1-0 win at Birmingham.
Since then, Lookman became established as a first-team starter, celebrating his first goal on December 5 in a 3-2 loss at Brighton.

He bagged ten league goals in 45 appearances for the Addicks and will be a huge miss at Charlton.
Lookman has made appearances at England Under-19 and Under-20 level.
Charlton, 2015-17
Everton, 2017- 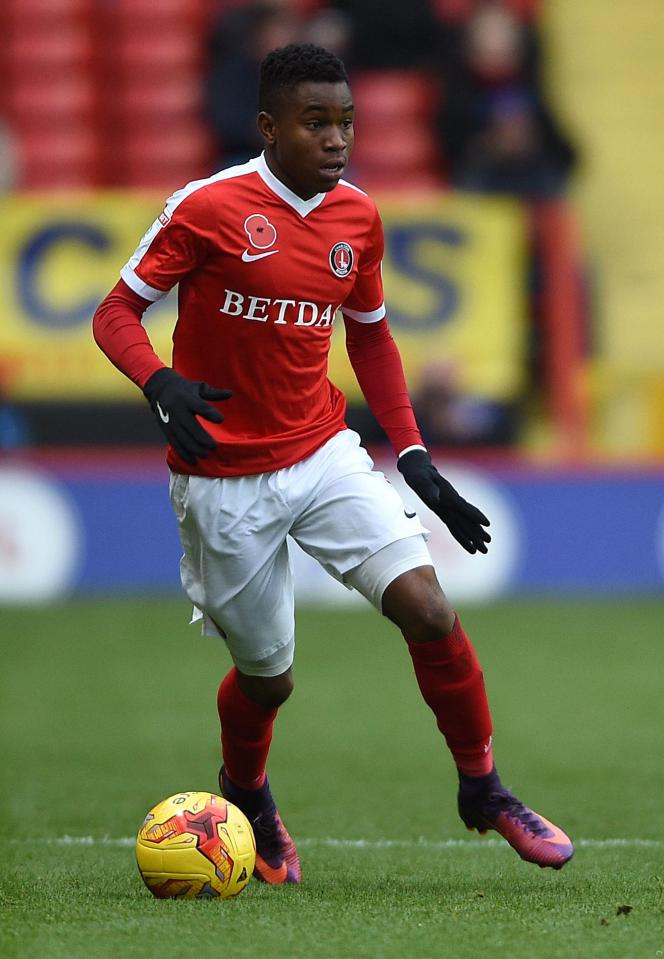 What has been said about Ademola Lookman?

When Karl Robinson took over at the Valley, he admitted his excitement to link up with Lookman.
He gushed: “I’m so excited to be working with the best kid outside the Premier League,” Robinson said in December.
“How amazing is that on your first day? Here you go, work with him. Woah!
“Wow, what a good player he is. He is top, top. My daughter was at the game on Saturday and she is only ten, she said ‘wow, who is he?’ after about 15 minutes.”
Everton’s director of football, Steve Walsh – the same man responsible for signing N’Golo Kante and Riyad Mahrez during his time at Leicester – tipped Lookman as one for the future.
And the starlet will now be honing his skills at the same club which transformed Wayne Rooney, Ross Barkley and John Stones.

What did Ademola Lookman say when he signed for Everton?

Lookman was full of beans when he penned a four-and-a-half year deal at Goodison Park.
He said: “It feels great to be an Everton player. As soon as I heard about Everton’s interest I knew this would be the right place for me.
“Everton has a big history and I was also attracted by the manager.
“When you look at what he did at Southampton, and what he does with young players in terms of developing them, that was a big attraction.
“It was great playing in The Championship last season and for the last six months in League One but I feel like I’m ready to make the step up to the Premier League.”


Ronald Koeman added: “Ademola is a big talent and, at 19 years old, he has a big future in the game. I’m really happy that we’ve been able to bring him here to the Club.
“This is part of the vision we have for the Club and it’s important to give to young players the opportunity so that the team continues to evolve and improve.
“We believe in the player and in the development of the player which, of course, will take time but he will have a big part to play in the future of the Club.”

Everton fought off competition from both Crystal Palace and West Brom to sign Lookman.
Both Premier League clubs were desperate to land the wing wizard last summer.
Despite their best efforts, Lookman was happy to stay at Charlton.
But after impressing this season with seven goals in all competitions, the Addicks were unable to hold onto their prize possession any longer.