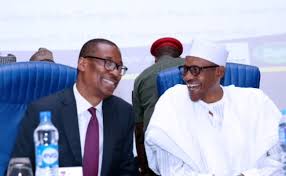 "Nigeria will be great again.Behind every dark CLOUD lies A silver-LINING" 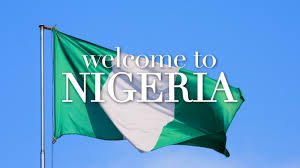 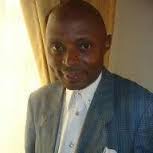 The Very Cloud of Economic recession may soon be a thing if words of hope from pastor and Minister Of Trade And Industry Dr Okechukwu Enelamah
The Top Redeem Man Of God, who Often Speak Of his faith that the country will definitely bounce back to her glorious days posited that there is silver inning in front of the country 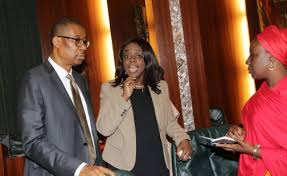 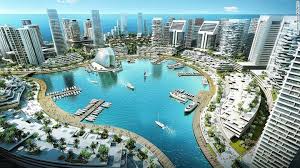 
*8 THINGS YOU MUST KNOW ABOUT MINISTER OF TRADE /INDUSTRY 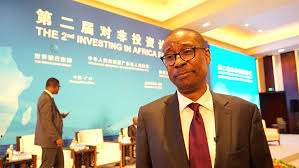 Okechukwu ‘Okey’ Enelamah emerged as a surprise addition to President Buhari’s list of ministers.
His emergence has sent waves of enthusiasm and a sense of renewed goodwill for the President among the investor and analyst community.
Professionals see him as one of the very bright spots in the cabinet and are excited about the prospects of having his invaluable insight and global financial expertise in Nigeria’s government. Some have tipped him to bag the position of finance minister.
Here is what we know about him:
1. He was nominated by VP Osinbajo:
Among the 37 nominees put forward by the various interests groups within the presidency, he was the only candidate nominated by Vice President Osinbajo.
2. He is a pastor
Just like the Vice President Osinbajo, Okey Enelamah is active in his local church, serving his congregation in a pastoral capacity.
3. He is one of the first few to hold the CFA certification in Nigeria
Okey was one of the first few people in the country to bag the designation of a Chartered Financial Analyst.
He was awarded his CFA charter as far back as September 1997.
4. He is a luminary in the world of finance and investment
With five funds and an excess of $700m of assets under management, Okey’s firm, Africa Capital Alliance (ACA), is the largest Private Equity firm in Nigeria, and one of the largest in West Africa.
He cofounded the Private Equity firm after his time in Goldman Sachs, after which he co-founded Zephyr Management LP in New York in 1993. He became a principal at Capital Zephyr in South Africa between 1995 and 1997, where he helped launch a $150 million fund for direct equity investments in South Africa.
After Zephyr, he co-founded ACA.
5. He is also an academic luminary
He is a qualified chartered accountant and chartered financial analyst. He was elected George F. Baker Scholar and designated Loeb Fellow for academic excellence in the area of finance at the Harvard Graduate School of Business Administration, where he earned a Masters in Business Administration [MBA] with distinction in 1994.
6. Asides from being a finance and management consulting expert, he is trained as a medical doctor
Although he is a medical doctor by training, Enelamah started on in finance in 1988 at Arthur Andersen & Co. now KPMG, where he led project teams as senior consultant and audit senior.
7. His Private Equity firm is known for its ground-breaking investments
His firm ACA says its mission is to create value by mobilizing capital, to unlock Africa’s private sector potential.
The firm was responsible for birthing MTN Nigeria, a subsidiary of South Africa’s MTN Group.
It started its investment in MTN Nigeria in 2001 with $5million, followed up by a $5.7 million second investment round. It later organized local investors and raised $70 million for further investments.
After helping to see Nigeria’s telecoms industry outgrow South Africa’s as the continent’s largest, his company exited in 2012, with a whooping Internal Rate of Return (IRR) of 77 percent (according to an ACA Presentation).
8. He is a familiar face in many boardrooms across corporate Nigeria
Okey is on the board of UAC of Nigeria, Cornerstone Insurance Plc, e-Tranzact Global Limited, TechnoServe, Africa Leadership Initiative West Africa and Africa Venture Capital Association. He is also the Chairman of the Boards of Flavours Food Limited and Landmark Property Development Company (LPDC)-COURTESY: NAIRAMETICS