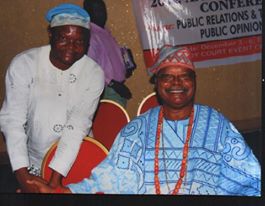 BY CERUTTI M.OSAGIE(czar of long letters)

·        “When beggars die there are no comet seen, but even heaven blazes over the death of prince” -Shakespeare

In writing this death tribute on my great friend and business associate of sort, I was lost as to how and where to start from! How will you start writing on a man you both shared evening meals and few drinks a week before his untimely death?

We are not childhood friends as many people suspected, we met in the breezy city of Lagos during the course of our writing careers, he was then in charge of media and logistic affairs with the Edo State Government Liaison office, in Ahmadu Bello Way, by Bar beach in Victoria island, his principal was His Excellency, the former Governor of Edo of Edo State

Our path crossed in the late 90’s ,exactly a day after my piece of very meaningful impact on the late Public Relations torchlight and style connoisseur extraordinaire, Obarisi Dr Clarkosn Majomi was published in the Saturday This day style section, of which my editor then,Mr  Steve Nwosu(whom today I still call my emeritus editor ) tagged the two page monster report  on Dr Majomi as :  “ MEET MAJOMI,MAN  WHO SAYS ,COLLECTING CARS IS MY VICE”
I will not be immodest with the truth, the Majomi story was a national hit, and I got accolades from far and near, editors internal and externally were amazed that I could track down Majomi for a most insightful chat of that nature. Honorable Uche Ubani, my boss while I was in Sunday Thisday, who hardly gave open compliments, told me in front of his desk  that “Mike ,that was a good one on Majomi, who is perfect example to journalism success story”

There was no doubt about it, during his life time on earth, De Majomi was described in superlative, he was style personified, he interviewed several African heads of states and kings, he had photos of them all, including photo of his imperial majesty Haile Gabriel Selasie, photo of ex Kenya president Jumo Kenyetta   Sir JULIUS Nyere of Tanzania shaking hands among others and in that interviewed –how he managed to get all these interviewed dates  remains a mystery  not only to  this wordsmith  but many media men-he admitted that he worked so hard and unlike others, he neither drinks, smoke or womanize, hence he opted for collecting cars as his vice

A day after the story was published, a mutual friend on the appeal from late Ken Ifebor invited me out to a social meeting at the Lagos bar beach under the direction of Ken, he wanted to meet Majomi, he was frank to describe him as role model to a lot of youths and even confessed that his then boss, Chief Lucky Igbinedion, one time Governor of Edo State always used Majomi as case study on how journalist must carry themselves with dignity and decorum
So through the benefit of hindsight   can vividly say that my meeting and friendship with Ken was as a result of our mutual love for Majomi, whom he most badly wanted to meet and wanted to work with
I never assured him 100% of my ability to take him to Majomi, because during his life time, Majomi was a like masquerades, not a man to see anyhow, for I myself have met him by divine grace

I wrote on him several times in Thisday without an interview, and as faith will smile on me, on occasion of late Ehime Aikomu’s wedding to his wife Apinke at the MUSON HALL, which has all the trapping of star studded grade A list in attendance, I was taken to him by no less a showman extraordinaire in person of Earl Osaro Onaiwu, and when my name is mentioned to him, he said I know you, you write on me in Thisday most often on Saturdays

There and then Majomi gave me a date to meet him at his villa on Adetokunbo Ademola on Victoria island-not for interview but for evening drinks and a meal by poolside, in his words “I do not like granting interviews to some strangers, you must forts be my friend before we talk to public press” 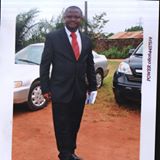 One thing led to another and that was how my story with MAJOMI began, he was classy and carried himself high, he granted audience only to few and he had no regrets

All these I explained to Ken Ifebor and one day I pulled a called to Majomi in Abuja and made Ken speak to him, he obliged a meeting after long persuasions with a promise that we can all meet on his return from London where he admitted going for medical, alas, that was the end, as he was to give up the ghost at a London hospital over a protracted cancer

Though Ifebor and MAJOMI never met one on one, Ken during his short days  on earth worked so hard to live the Majomi dream classy life, good home, elegant friends, international trips and world  public relationa contact

Born on May 6th 1969 in Benin City, Ken that I know is a most jovial man who loved to mix with very successful people in society; he discriminated on no one and is very reliable friend to depend on

He wanted to achieve a lot in his journalistic career, and where he could not make up for a knack of daily writing, he made up with his wild social and business contact

He was not in any way an introvert and that spurred him to join many associations  too numerous to mention, and all whom heard of his death never talked ill of him, he was lively and jolly many  agreed, and that I can personally attest to for we shared many good times botch in and off the pen profession

And as Ken Ifebor is being committed to mother earth this weekend, we must not forget the great quite by Shakespeare about death …

No doubt, to me and many friends, family members and associate, Ken is not dead; he is only in a mysterious deep long sleep to rise again soon

RIP KEN GADO
·        Young Chief Cerutti Osagie contributed this tribute from Lagos
He can be reached at: cerutiosagie@gmail.com