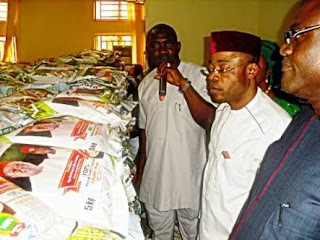 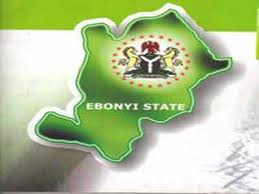 No doubt, hope is the totality of a man,and once there is no hope, there is no life
And hope is what recently came alive, when  as part of efforts to   make Ebonyi the number one state in rice production in the country, Governor David Umahi has directed the disbursement of N1billion to commercial rice farmers in the state.
The sum, according to him, will not be given to them inform of cash but as seedlings, fertilizer, pesticides, etcetera.
Umahi, who made this known  during a special stakeholder’s forum on rice production in the state in Abakaliki on Wednesday, also ordered all council chairmen, development centre coordinators, management committee members and Liaison officers of the councils and DCs to acquire some hectares of land for rice production.
Under the latest arrangement, the council chairmen are to acquire 20 hectares of land; coordinators, 10 hectares; and management committee as well as Liaison officers, five hectares each. 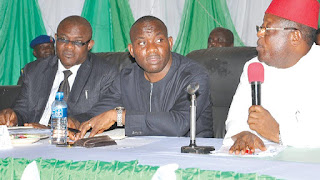 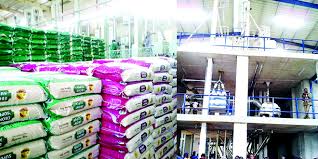 Umahi told the political office holders that their survival on their jobs would be predicated on their performance in the task.
Board members and heads of parastatals, according to the governor, should also own   one farm for agricultural production. He added that the state Executive Council would  manage the Ezillo Farm.
The governor stressed that his vision to make Ebonyi State the highest rice producing state in the country could only be achieved if   the ruling class showed interest in Agriculture.
He disclosed that a new office to be headed by a Senior Special Assistant on Rice Production had been created to oversee the disbursement of the N1bn rice loan to commercial farmers
Governor Umahi said, “It is not going to be dash; it is going to be loan and when you produce, we will take over the rice and pay you the difference.  It is a loan. We borrowed it from the Federal Government, which they will deduct from our allocation every month.
“So we should be able to recover this money and give it again.  It is going to be a revolving loan.”
Responding to the appeal by the governor for the provision of land for the rice production, traditional rulers, who spoke at the summit, pledged their readiness to key into the  agricultural programme.
They however   requested that five per cent of the total proceeds from the lands should be given to the original land owners.
Local Government chairmen that attended the summit also assured the governor that they had already keyed into the programme, as each of them had met the governor’s directive to acquire at least 2,500 hectares of land in their councils.
Speaking at the occasion, the  Commissioner for Agriculture, Barrister Uchenna Orji, said that the summit was convened   to deliberate on how to revolutionize rice production in the state for greater yield.

Lectures were delivered at the occasion by the Provost, Federal College of Agriculture, Ishiagu, Prof. Justina Mgbada and the Dean Faculty of Agriculture, Ebonyi State University, Prof. Foluso David Abraham.