- April 22, 2016
If you want something said, ask a man; if you want something done, ask a woman....This was an iconic quote by late Margaret Thatcher.Former British Prime Minister
Now fire brand Professor Alexia Thomas points out to the world way forward 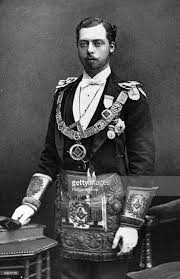 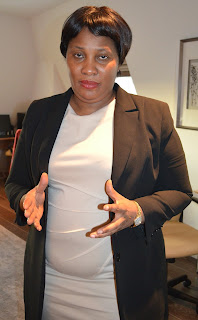 *QUOTES: “Despotism can only exist in Darkness, and there are too many lights now in the Political Firmament to permit it to remain anywhere, as it has heretofore done, almost everywhere”-James Madison (4th US President 1751-1836)
* “We have our own dream and our own task, We are with Europe but not of it, We are linked but not combined, We are interested and associated but not absorbed, If Britain must choose between Europe and the open sea, she must always choose the open sea”-Sir Winston Churchill (UK Prime Minister 1940-1945 & 1951-1955)
* “They who can give up essential liberty to obtain a little temporary safety deserve neither liberty nor safety”-Benjamin Franklin
*“Those who deny freedom to others, deserve it not for themselves”-Abraham Lincoln
*“It is easy to take liberty for granted, when you have never had it taken from you”-M. Grundler 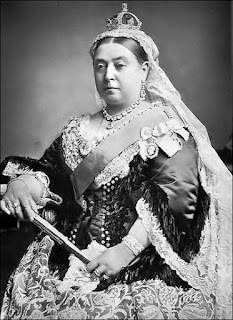 “If they fail the target of their evil plot which is inevitable, the consequences is they have nothing to lose. They Will Persistently Aim Their Target At Destroying Great Britain By Virtue Imagination Of Their Propaganda To Fume War. You cannot avert their plot because they live amidst the God of Men through their different colours of rainbow, decoyed like chameleons, shaded in different colours, for they see you and you cannot see them and when they plot they succeed before you can put a fight back.
“The Death Of God Of Men Cannot Be Averted Because They Have Foolishly Accepted The Children Of Anomalies Who Have Traded Their Deceit In Pretense For Passion As They Came Like Strangers Into Your Territory For No Good, But To Reap Your Goodies And Deny You The Merit Of Your Profit.
Under 'The Plague of Revenge', Prof Thomas noted that “The Adoption of Children of Anomalies through the EU Treaty is a Threat to Great Britain, as the Spirit of the Fathers of the Children of Anomalies is to persistently quest for the failure of their defeat through Revenge.”
Entering deeper into divinity, Prof Thomas statement elucidates on 'Voices from the British Empire', which the reason she said “The only solution is to keep the purity of Great Britain whose faith has suffered many Battles of Invasion from Century after Century, through the Ascension of the future Kings to the Throne and their Heirs. Britain are to stand against the invaders and the Children of Anomalies.”
European Union Treaty is a Criminal Act
Prof Thomas exposed 'EU Treaty Criminal Mastermind' as: “The Birth of the EU is formed on the foundation of Hitler and Nazis failed premeditated plot to Rule the World, the foundation of a molten boiling Tyrant, a Criminal Mastermind plotted to make The EU a World Power. The EU feared that the United Sates of America might be the next most powerful Nation while Objectives of the EU are hidden and mastermind as a Secret to aid their uprising Agenda.”
The article expressed analytical education into the reality of Judaism when it asked some questions and made revelations into how the 'EU Treaty is a Threat' as it reads: “If EU was founded on a positive intention, then why did it marginalized Africa, Asia and Caribbean? Within the EU Countries, the poorest Countries also formed part of the EU Government, then why are the benefits of Trade and Travel not enjoyed by the marginalised Continents such As Africa, Asia, Caribbean and Middle East?
“It is obvious the EU Referendum is not formed with genuine objectives, rather on the basis to up rise a Movement that will threaten all other Continents .The EU forming a Treaty with a controlled Unitarian Government is a decoy to emancipate power.
“EU TREATY IS A THREAT: All Countries Should Be Made To Build Their Own Sustainable Government Through Education Given To Their People By Defining How Well They Sustain A Democratic Governance Free Of Corruption To Suit The Needs Of Their Citizens.
“If Great Britain is wise enough they should refuse the EU Treaty And All Countries Should Lead Themselves With Their Own Goals And Objectives To Suit Their Citizens According To Their Culture And Heritage. EU Referendum Should Be Abolish And A Referendum Of Friendship For Neighbouring Territory (FFNT) Be Consented And Not EU Treaty.”
Prof Thomas gave deep insights to inner-working of 'EU Uprise Plot' when she explained that “United Kingdom is the only Country in the World with a strong Monarch, All EU Countries have no Monarch and if they do, their Monarch is neither strong nor active compared to the Great Monarch in Britain and Many of the EU Countries have ruined their own Monarch because of their foolishness of assuming a Monarchy is formed by privilege of Nature.” 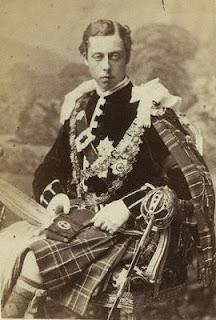 How about the unseen consequences of every action so far taken regarding the EU? This cerebral woman stated that “The Criminal mastermind, whose hidden objectives gave birth to EU is a decoy to conquer the World in pretence, fuming from an alliance with a Government of her own.

“EU has successfully emancipated 28 Countries within the EU states to sign the EU Treaty . These countries are: Austral, Portugal Luxemburg, Cyprus, Slovenia, Netherlands; Denmark, Sweden Poland, Finland, Belgium, Slovakia, Germany, Czech Republic, Spain,Hungary, Estonia, Switzerland; Irish Republic, France, Liechtenstein, Latvia, Greece, Norway, Lithuania, Iceland, Malta and Italy.”
The over-ambition of EU Government to ensure superiority over all other countries in the world comes under 'EU Treaty Decoy', whose aim Prof Thomas said: “To make the EU Government superior over all other Government in the World, To make Britain and other Countries second class, To be dictators having Power over directives to control the Union of Countries within the EU Cult, To contest their strength with United States of America whose Power, Energy and Strength emancipated from Great Britain; To be stronger through Union of EU To challenge The only Monarch in Great Britain, To use their Union through Treaty in pretence to undermine the existence on why the Monarch in Great Britain should not be allowed to exist; To enforce Nations by Acts of Tyrannical Dictatorship through Trade, Currency, Economy, Power and Crude Oil, To secure an EU Army through a premeditated Criminal plan, if successful after 50 years of existence, this can lead to third World War.”

Prof Thomas talked about 'The Noble of Consciousness' by asking the following questions: “When Will Democratic Governance Excel From Podium To The Marginalised Were The Human Ruins And The State Poorest Concentrate? When Will The Children Of Commonwealth Nations Be Embraced And Heard As The Songs And Tears Of Their Freedom Defines The Birth Of Retreat From A Country They Call Home? When Will United Kingdom Know The Children And Citizens From Commonwealth Countries Are Their Best Aid Immune In Distress?
“The ‘Whom’ And ‘Whose’ Of A Commonwealth Nations Is A Clone From British Empire, Why Will A Nation Deny The Adoption Of Commonwealth Citizens Rather Throwing Away The Merit In Negligence Because Of The EU Treaty? Why will Great Britain make the Children of Naturalisation by colony the Tail and not the Head? Why will Britain undermined the same Commonwealth Nations you found Home, Companion, Strength and Power 15th Century ago?”

By profound divinity and deeper mythology, Prof Thomas revealed a line of prophecy of events that will happen. She said: “ When the Travelers come, they will come from far with mass power and occupy the land of all vegetation, they shall drink the waters of no return and amass the strength of the Nation.

“I see the invisible fighting the World and the World fighting what they can’t see, for they shall device a means to see, but it may be over. The sea so deep, yet so strong, they shall swim, make their homes and migrate to the water and call it a New Found World.

“A loud shout shall be heard, it shall be the Voice of the defeated for their lost shall come upon the Platform of their inner Destruction.