USA PRESIDENTIAL ELECTION LATEST :A big night for Clinton, as she wins in four states 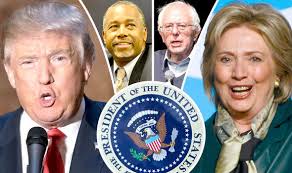 WEST PALM BEACH, Fla. — Tuesday was always supposed to be one of the most important nights in the Democratic presidential primary race, but for Hillary Clinton, it was even bigger than she and her team expected.
Clinton’s victories in Ohio, Florida, Illinois and North Carolina put her firmly on course to defeat her primary rival, Sen. Bernie Sanders of Vermont. As the results were announced on Tuesday evening, she took the stage before a boisterous crowd of supporters here and seemed to pivot towards the Republican frontrunner, Donald Trump, who also won in Florida.
“We are moving closer to securing the Democratic Party nomination and winning this election in November!” Clinton declared.
Clinton came into the presidential race as the overwhelming frontrunner for her party’s nomination. After faltering in the early states, she began to pull ahead, with a massive victory in South Carolina on Feb. 27. She followed that win with a string of victories on Super Tuesday, March 1. Those wins had a campaign source predicting to Yahoo News that Clinton’s delegate lead over Sanders would be “effectively insurmountable” once this evening’s votes were counted. Sanders’ team also knew this evening’s numbers would be crucial, and in early strategy sessions, they cited March 15 as a turning point, after which they would know whether or not his underdog bid was truly viable.
It looked as if Sanders might prove the Clinton campaign’s bullish prediction wrong after he won a stunning upset in Michigan on March 8, but Clinton’s victories on Tuesday helped her stop Sanders’ momentum and establish a seemingly unbeatable lead.
Though Clinton was expected to win the primaries in North Carolina and Florida on Tuesday, polls showed her potentially losing in Ohio, Arizona, Missouri and Illinois. Even if Sanders had won all of the states that were in play on Tuesday, he would still have faced an uphill battle. However, by taking Ohio and Illinois, Clinton definitively pulled ahead. 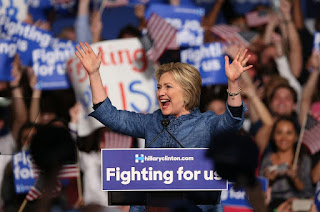 Hillary Clinton greets supporters at the Palm Beach County Convention Center after winning the Ohio, Florida and North Carolina primaries on Tuesday. (Photo: Joe Raedle/Getty Images)
Slideshow: March 15 presidential primaries >>>
Though the results in Arizona, Missouri and Illinois still had not been projected at the time she spoke, Clinton pointed out that her trio of victories had allowed her campaign to “add to our delegate lead to roughly 300.”
“I’ll tell you, this is another Super Tuesday!” Clinton said.
Her lead only grew as the night wore on.
After congratulating Sanders “for the vigorous campaign he’s waging,” Clinton turned to Trump, framing the election as “one of the most consequential campaigns of our lifetimes.” She specifically criticized several key aspects of his platform, including his positions on immigration and waterboarding.
“When we hear a candidate for president call for rounding up 12 million immigrants, banning all Muslims from entering the United States, and he embraces torture, that doesn’t make him strong, it makes him wrong!” Clinton said. “We should be breaking down barriers, not building walls.”
Clinton went on to directly invoke Trump and take a shot at his campaign slogan, “Make American Great Again.”
“To be great, we can’t be small, we can’t lose what made America great in the first place,“ said Clinton, adding, “And this isn’t just about Donald Trump, all of us have to do our part.” 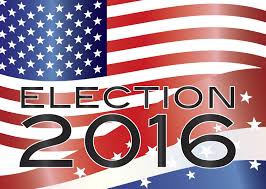