SIMPLY AMAZING! This Ahmed Musa Epic goal scoring feat may spur your comeback dream in life,brought to you by TROPHY LARGER 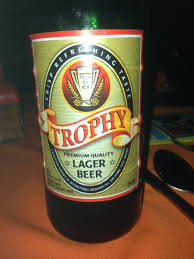 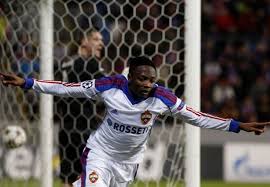 It is not fresh report, but the story on this comeback victory should motivate you to fight on in life....

Russian Premier League leaders CSKA Moscow battled back from 3-0 down in the first 15 minutes to defeat Mordovia Saransk 6-4 on Sunday in a match which saw both sides finish with 10 men.
CSKA stay five points ahead of city rivals Lokomotiv in second place.
Reigning champions Zenit St Petersburg, who extended their winless streak to three matches following a 1-1 draw with Amkar Perm, sit third, three points further back.
Mordovia forward Yevgeny Lutsenko put his team 1-0 up in the first minute when he blocked CSKA ‘keeper Igor Akinfeyev’s attempt to clear the ball and then sent the rebound into an unguarded net.
In the 13th minute, CSKA’s Brazilian winger Mario Fernandes was red-carded for a professional foul on Mordovia skipper Ruslan Mukhametshin.
Mordovia made CSKA pay as Vladimir Rykov scored with a powerful freekick from the edge of the box.
Mukhametshin made it 3-0 two minutes later sweeping the ball home off a cross by Yannick Djalo.
But after the interval CSKA upped the tempo and substitute forward Kirill Panchenko reduced the arrears five minutes into the second half.
In the 55th minute, Djalo was also sent off for a second bookable offence as Mordovia were also reduced to 10 players.
The visitors levelled through Zoran Tosic and Seydou Doumbia, who scored one apiece in the space of a minute.
In the 68th minute, Lutsenko put Mordovia 4-3 up firing the ball into the net from the corner of the six-yard box but Nigerian striker Ahmed Musa levelled again with 10 minutes to go.
With five minutes left, Musa scored his second to put CSKA into the lead, while Doumbia rounded off the scoring with two minutes remaining, also with his second. 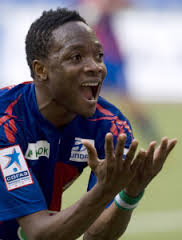 “It’s the first time in my career that my team won a match from three goals down,” CSKA manager Leonid Slutsky said.
“This match was a great occasion for football lovers. It will go down in history.
“We botched up the beginning of the match but luckily we managed to score a very important early goal after the break, which changed the course of the game completely.”
Zenit also got off to a lively start through centre forward Artem Dzyuba who opened the scoring in the 10th minute when he converted a cross from Hulk.
In the 33rd minute Zenit were awarded a penalty after Alexander Anyukov was brought down in the area.
But goalkeeper Alexander Selikhov parried Hulk’s spotkick for a corner.
Amkar levelled in the 66th minute when Norwegian forward Chuma Anene scored at the second opportunity after Zenit keeper Yury Lodygin could only parry his initial shot. 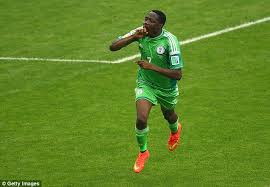