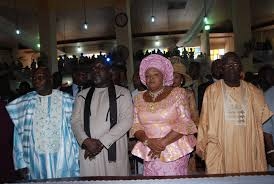 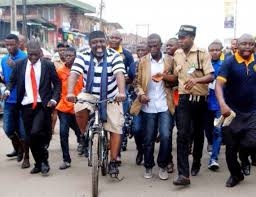 In the introductory segment of his international bestselling book ‘ATTITUDE IS EVERYTHING’’ (The manual of changing steps to turning attitude into Action), author Keith Harrell posited that: ‘ your attitude today determines your success tomorrow’’
Such is exactly what can be said of the life and time of the back to back executive Governor of Imo State, Owelle Rochas Okorocha who once described himself as an Action Governor who is ready to set the ball rolling in minutes and days and who does not belief in protocol
This article is all about the lifestyle and grass to grace story of the man who was born poor, but was once famous for daily trekking the street of Jos where he was raised, but turned out bold to fight poverty face to face and today living his dreams as a back to back politician
A typical case study of how Okorocha’s attitude yesterday determines his today could be seen in his dark days of yore when anytime he makes a little money he will give to the poor masses and say it is from ROCHAS FOUNDATION, even when he has not even officially registered the organization,he  believed in the future
He called himself a philanthropist long before he became one and today his philanthropic prowess is in no small way a feat worthy of emulation , the dividends has since paid off, for example At a Dinner Gala night organized by Humanity for Africa Foundation, in recognition of the Imo State Free Education, which the Foundation sees as the First of its kind, Governor Okorocha was presented with Life Time Achievement Award as the Grand Commander of Free Education in Nigeria for providing free education from primary to university education for his people. Presenting the award, the President and Founder of the Humanity For Africa Foundation (HFAF), Inc. Hon. Okems Innocent Okemezie stated that the Foundation identifies with Governor Rochas Okorocha`s aspirations especially in the areas of education and health. According to Okemezie the Foundation strongly hopes that through our collective effort, the policy thrust of Governor Okorocha`s administration in providing quality education in Imo State will be actualized and commended the Governor for his Life Time Achievement as the Grand Commander of Free Education. 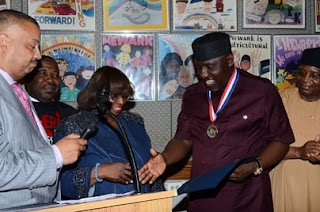 Speaking before the award the Governor stated how he would radically transform Imo State and also stated that he was committed and determined to make Imo State the number one state in Nigeria. According to the Governor, he is not working for next election but for next generation by focusing on how to make the people of Imo State walk tall and be proud of their state
But beyond governance, we can reveal that The Governor demonstrated some rare qualities worth emulating, for example, his chief designer Brenden Nwaokike of the LAPENZA fame informed us of the working of Okorocha,: ‘’ He hardly sleeps, his vision for Imo State most times make him mad, his life as a whole is a struggle and if you can emulate his template you will win big in life’’
The top designer LA PENZA who  spoke to us exclusively said that even him derive joy to  read an re read Okorocha’s early life of struggle, hear him, ‘I think it was a   worthwhile experience growing up for the Governor . I found out that he was born into a home that is relatively poor from all the definition of poverty. So, from   from the onset that the Governor has a task ahead of him and the name of the game was survival. He  had to work extra hard to make both ends meet by combining his education with street trading business, so you will agree with me that  didn’t have a straight school experience’’.
BUSINESS PEOPLE was told that while growing up Owelle Okorocha was involved in street trading business at one point in time or the other. Honestly, there has never been a dull moment in his life. In fact, he engaged in too many things just for the sole purpose to survive.
But today despite his victory over poverty, meekness seems to be his other name, a good example as giving to us, as a Governor in Nigeria most executives are allowed to break protocol, but many times okoroocha has towed the line of nobility. Says LA PENZA to us how Okorocha took back seat: ‘ our politicians will have a lot to learn in terms of humility, I was in the Governors entourage on new year eve December 31  and because of meetings, w arrived the night service late about after 11 to witness the  new year even at the popular MARIA ASUMTA CHURCH  CATHEDRAL, it was a full house session and once the governor and his team arrived, effort was made to usher him to the front seat, to the shock of all, he turned it down saying : ‘ Man is not God, If me a mere mortal is late to God’s house, I must pay the consequence and seat in  back seat’ he told the people
Still on his simple lifestyle, LA PENZA stressed that Okorocha is  not man of flamboyance and excessive fashion taste, ‘ That is why most times you see him in no siren but rather in bike driving and greeting the people, even in my designs for him , he always preach modesty in style, simplicity is his watch word
On how Okorocha unwinds, we learn that he reads very deep on every topic on earth and long after others are asleep, he takes time to read papers and books he could not read in day, but chief of all, what gives him big kick is his love for charity
‘For him life is nothing; life is meaningless. The only thing that makes it worthwhile is what you are able to do for others. His happiness is what he is   able to do for other people not in what he has, because life is really worthless if you look at it deeply’’ was how his chief designer and confidant LA PENZA summed it up 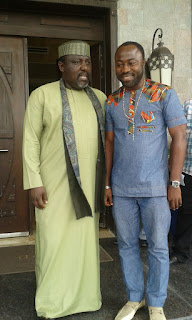