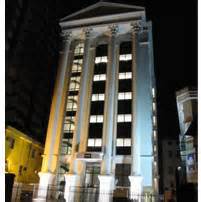 According to a 2011 ‘The Innovation Secrets of Steve Jobs, a saying of steel was revealed, and that became one of his best all time sayings: ‘Innovation distinguishes between a leader and a follower."
And in Nigeria today, one bank that has continued to innovate is no doubt FCMB Nigeria Plc, and no doubt the result has continued to show forth
What with the  recent historic milestone it reached when FMDQ OTC Plc recorded  a historic milestone  as it welcomes the FCMB Financing SPV PLC N26,000,000,000 Series 1, 7-Year 14.25 per cent fixed rate unsecured bond under a N100,000,000,000.00 debt issuance programme to its platform.
The development was on the heels of the listings of the N30.5 billion UBA bond, N15.54billion Stanbic IBTC bond, N4.8trillion FGN bonds and quotation of N2.8trillion Nigerian treasury bills respectively, on the OTC securities exchange. 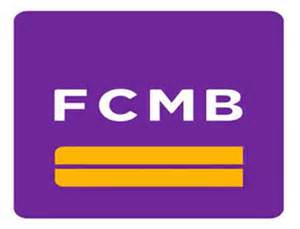 This achievement immediately follows the listings of the N30.5 billion UBA Bond, N15.54 billion Stanbic IBTC Bond, N4.8 trillion FGN Bonds and quotation of N2.8 trillion Nigerian Treasury Bills respectively, on the OTC securities exchange. As has become the tradition with the debt-focused OTC securities exchange, a prestigious Listing Ceremony was held in honour of the FCMB Financing SPV bond.
To which end, FMDQ played host to the issuer, represented by the Group MD/CEO FCMB Ltd., Mr. Ladi Balogun and the issuing house/sponsor of the bond, represented by the Executive Director, FCMB Capital Markets Ltd., Mr. Tolu Osinibi. 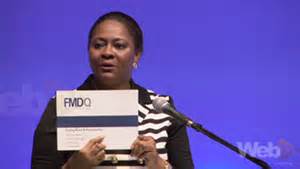 Speaking at the ceremony, Ms. Tumi Sekoni, Group Head, Business Development at FMDQ noted that FMDQ, recognising the growth potential of issuers of debt in the Nigerian capital market, affords a remarkable opportunity for the issuers to raise the profile of their issues and access a deep pool of funds.
Sekoni further intimated that listing of debt securities on the OTC securities exchange provides a wide range of benefits across the debt market value chain, amongst which are global visibility, transparency, improved secondary market liquidity, price formation and benchmark pricing. 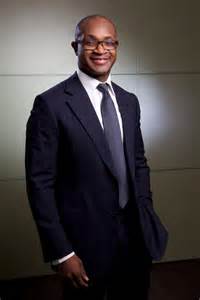 First City Monument Bank (FCMB) Plc is a full service banking group, headquartered in Lagos, Nigeria, with the vision ‘to be the premier financial services group of African origin’.

From its early origins in investment banking as City Securities Limited in 1977, FCMB, established in 1982, has emerged as one of the leading financial services institutions in Nigeria and one of the top eight lenders in the country with subsidiaries that are market leaders in their respective segments. FCMB was incorporated as a private limited liability company on 20 April 1982 and granted a banking licence on 11 August 1983. On 15 July 2004, the Bank changed its status from a private limited liability company to a public limited liability company and was listed on the Nigerian Stock Exchange, by introduction, on 21 December 2004. As at December 2013, FCMB had 2 million customers, N1 trillion in assets, over 270 branches in Nigeria and a licensed banking subsidiary in the United Kingdom (FCMB UK) and a representative office in the Republic of South Africa.