The Return of Mercurial Yaya Toure….GOOD CHOICE FOR CHELSEA BRAND, BROUGHT TO YOU BY TROPHY LARGER

·       A Special  Cerutti Soccer  International Transfer Analyses,
With Additional Report from ‘The Express’ 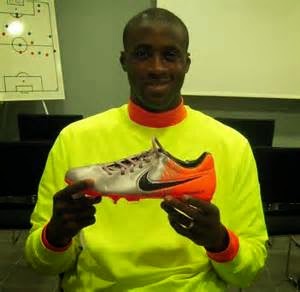 He is a rare brand. Dream maker and on several times named as Africa’s best footballer of the year, he is not a run of the mills player, in view of his massive work ethics
Elephant of Ivory Coast and Manchester City engine room, Yaya Toure is a typical example of that old saying about ills of pleasure by Professor Chester Bonnard who argued that : ‘ What  is good cannot be  obtained through pleasurable  activity’’

That is Toure for you, a man who love to work and practice his trade when others are catching fun –off and on the field of play, such are attributes that helped elephant won the last African NATIONS Cup and only last week, he scored a brace against Swansea City a the EPL sets to draw to a close
But the news of interest is not his goals here and there, nor his work ethics; the good news is his likely departure the Champions of English soccer, Chelsea FC
Always ahead in the news when it comes to transfer matters, it has been reported that the Man city engine room, Toure will be the subject of a summer bid from rivals, Chelsea
Over the last couple of months, the 32 year old mercurial Yaya has been linked to a big money move to Inter Milan and Italian old lady, Juventus, who desperate wants him to consolidate their hold on the Italian league
Now, still desirous to lift the Champions league with Chelsea next season, Jose Morinho is now set to join the race and tempt the Ivorian to join Chelsea, reports The Express 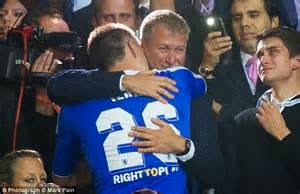 If this deal seals through, it will no doubt be the catch of the year as Yaya and Chelsea are two pretty brands that is bound to sparkle and go for only the best of trophies that the beautiful game has in stock 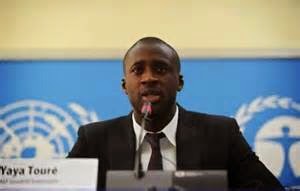