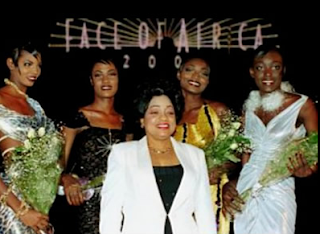 Nigerian International model and woman of several parts Ojy Okpe who recently won an award that stands her out- Emmy Award for Best Documentary has confessed the secret pain she faced as a successful brand in America
In a recent audience with Czar of letters  Cerutti Osagie, Ojy mused: ‘ People see the glory and joy but fail to see the pain, I go through  pain most time but am determined lady,  and one of such pain is  that fact that Juggling two children and my job is really tough, but we coping

‘Secondly another Major Challenge of being a person of color in New York limits a lot of your potential so in order to get ahead you have to create a job or an avenue that no one else have done To stand out, and to glory of God that is what I did that has now make me stand out from the crowd. It is rare to find a model turned filmmaker and that is what I used to my advantage’’ 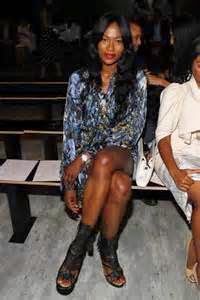 Apart from her modeling job, motherhood, film maker, Ojy is also an executive with Arise TV and actually  began working at Arise News in September 2013, working as a Field Producer for the Networks entertainment channel Arise 360, she produced Mini Bio documentaries on Artists including Grammy Award winner CIARA and Janelle Monae.
While profiling celebrity interviews with Actress Susan Sarandon, Sarah Jessica Parker, Supermodel Iman and Naomi Campbell, Singer Idina Mendel, to name a few, she quickly became the Assistant Director of Features and Special Programming with the launch of the Networks Documentary Unit “Arise Special”.

The documentary unit within nine months produced ground breaking documentaries including“Game Changers”: How the Harlem Globetrotters Battled Racism” – which just won an Emmy at The National Academy of Television Arts and Sciences 58th Annual New York Emmy Awards.
The documentary takes a historical look at the early days of professional basketball and how the Harlem Globetrotters not only dealt with racism, but also helped change the world of sports. 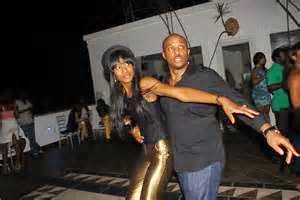 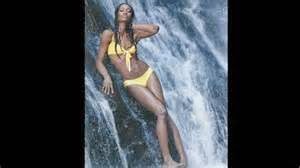 On a side talk, does her man feel insecure seeing her in near nude shot? ‘I have never loved insecure men’’ she divulged ‘’Most men are insecure, but love always is the strongest bond, my man was never insecure so my advice to singles is marry who you love and not what she or he does’’

Does this super icon Ojy ever unwind? Hear her:  ‘’I never really get much time to unwind. Juggling two children and my job is really tough more like climbing mount Everest, but I unwind a lot when I get to Africa, many want to help you with your kids and you are free to fly’’ was  her stand  ‘’I do miss home, I will be visiting pretty soon to unwind

ENTER THE A.B.C ABOUT OJY 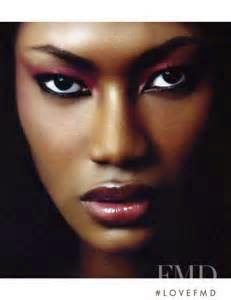 ​
Nigerian model Ojy was discovered at the age of 17 by talent scout Jan Malan who entered her into the face of Africa competition.
This international beauty was born in the East coast of Nigeria to diplomatic parents who travelled all across the country with her and her five siblings.
Ojy emerged in the world of modelling to get rave notices and acclaim after the face of Africa competition in which she was a finalist. With a contract from Storm Model Management, Ojy moved to South Africa to pursue work and could not escape the attention of the fashion industry. Within weeks of modelling this stunner graced the pages of Elle, Cosmopolitan, Drum, True Love and strutted the runway for SA fashion week.
With a royal flush of opportunities beckoning, she relocated to New York and soon became the muse for legendary swimwear brand, Gottex. She showcases their swimwear line every season at the New York Mercedes Benz fashion week.  She has worked for virtually every designer, doing trunk shows for Oscar de la Renta, Jean Paul Gaultier, Versace, Moschino, Ralph Lauren and Dolce & Gabbana.
While modelling and living in New York, she completed her university degree as a scholarship student at St. Johns University with a BSc. in Communications and a minor in Film Production.
After completing her college degree in 2006, Ojy went on to create her foundation, working with the Salvation Army and the Red Cross, she has built up skills that would help her maximise her passion for under-privileged children.
In 2007, Ojy landed the campaign for L’Oreal’s Mizani, she not only was the face of the brand, but she also developed distribution channels for the products in her country.
Most recently, honed by her passion for film ever since her first day on a Hollywood production working on multi-million dollar films such as The Devil Wears Prada, Spiderman 3, and Confessions of a Shopaholic, Ojy created Third Mainland Productions.
Using her global awareness to advance her career, this film production company hopes to expand and relaunch her as a filmmaker.