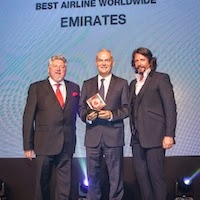 Luxury And Innovation Comes To Play .... 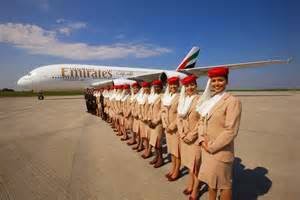 
Global business tycoon, Donald Trump once mused that ''It is luxury that takes us from ordinary to extraordinary'''

True to that, Emirates’ innovation, investments in product, and
customer service were recognized two days ago with an array of accolades
at the ‎Business Traveller Middle East 2015 Awards.


Thierry Antinori, Emirates’ Executive Vice President and
Chief Commercial Officer, who attended the ceremony said: “We are always
in pursuit of excellence when it comes to delivering the Emirates
experience, and providing value to our customers. That is why
w‎e continually invest in developing innovative and high quality
products on board, and our cosmopolitan cabin crew put in every effort
to deliver exceptional service within a permanently growing network. We
are honoured to be recognised for our efforts by Business Traveller
Middle East’s discerning readers.” 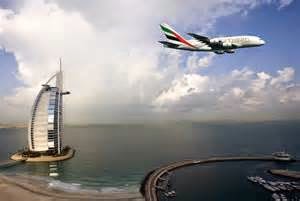 These prestigious accolades are a testament to Emirates’ on-going
commitment to excellence and innovation across its different areas of
business. During the last year, Emirates worked hard to deliver a high
level of service across its ground and flight operations, even as it
continued to expand its fleet and operations. In 2014, the
airline added services to over 30 cities, and launched eight new routes
to Kiev, Taipei, Boston, Abuja, Chicago, Oslo, Brussels, and Budapest.
In 2015, Emirates will start flights to Bali on 3 June, and Orlando will
follow on 1 September.


Emirates’ fleet of modern aircraft has now grown to 233 aircraft
flying to 144 destinations, including the world’s largest Boeing 777 and
Airbus A380 flee