The Fight of the Century:MultiChoice Africa Warns Local television station/event organiser & Other entity On The Big Floyd Mayweather and Manny Pacquiao Bout

- May 02, 2015
In a paper made available to CERUTTI MEDIA GROUP, MultiChoice Africa would like to inform the general public and all television broadcasters that ONLY SuperSport International has rights to air the ‘Fight of the Century’ bout taking place this weekend between Floyd Mayweather and Manny Pacquiao in Sub-Saharan Africa. 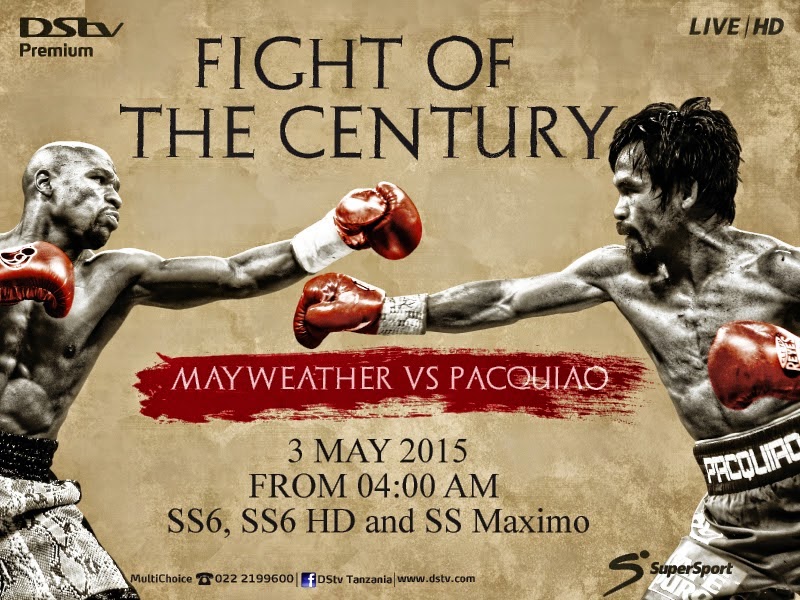 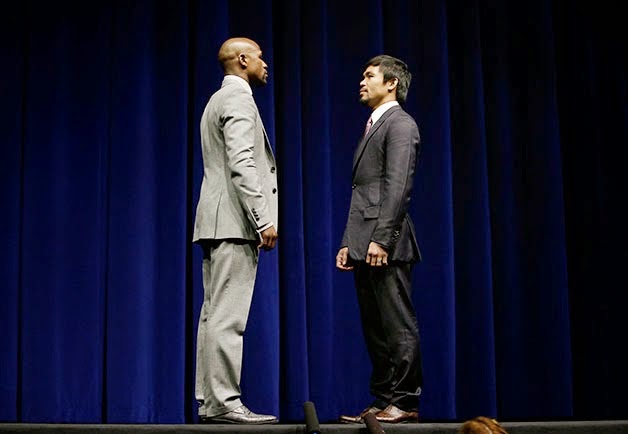 From this Saturday, 2nd of May, DStv will air the
super-fight on SS6 and SS6 HD to enable all DStv Premium viewers to
watch the action in High Definition. The build-up to the live event will
begin at 8pm and headed by former boxer, Brian Mitchell, with a
professional record of 45-1-3 and a panel that includes Phillip Ndou,
who fought Mayweather in 2003, and legendary referee Stan Christodoulou.
Viewers will also be treated to breaking news, extensive
behind-the-scenes coverage, documentaries, one-on-ones with Mayweather
and Pacquiao, plus past fight highlights involving the pair.

The rights also include live streaming, which is available to Premium
subscribers on the SuperSport app. The build-up will culminate in The Fight of the Century which will air from the early hours of Sunday on May 3rd.


No other television station/event organiser or entity shall screen
this boxing match on any other programme or channel in a public place or
free-to-air, live or repeated, without the authorisation of MultiChoice
since this will be in violation of the directives governing the
distribution of programmes and television channels. It furthermore
interferes with and infringes upon the programme and channel
distribution rights and arrangements of third parties.


SuperSport’s knock-out build-up programming to ‘The Fight of the Century’ includes:

PLEASE NOTE: SuperSport advises fight fans to set their alarm
clocks for 4:30am CAT as the big Las Vegas bouts typically start at any
time between 5:15am and 6am CAT.