“Where there is charity and wisdom, there is neither fear nor ignorance.” -St. Francis of Assisi 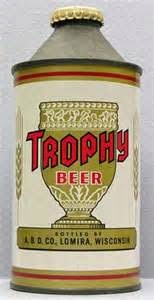 But this time around  when he will be  receiving  a third Premier League
winners' medal on Sunday  the Chelsea manager is not feeling so
charitable this time -- meaning no surprise souvenir for a lucky fan at
Stamford Bridge, reports Reuters   Michael Hann

After
claiming a second English title in 2006 following a 3-0 win against
Manchester United, Mourinho launched his medal and blazer into the
crowd.

Chelsea host
Sunderland in their final game of the season on Sunday where they will
be presented with the Premier League trophy for the first time since
2010.

"My son now is collecting all my stuff," the Portuguese told a news conference on Friday. "He keeps everything.

"At
that time (2006) he was too young, but in this moment he is collecting
everything. Shirts, medals -- he steals everything from me."

Mourinho was named Premier League manager of the season for the third time following previous triumphs in 2005 and 2006.

"I was not waiting for it, I was never manager of the month, but I'm happy with it," he said. 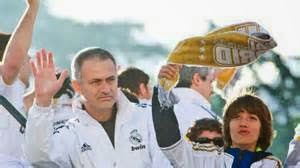 "It's
a club trophy, not an individual one. It's for me, my assistants, my
players, everybody who works with me. It's something you don't just get
by yourself.

"It's the icing
on the cake but I work for the cake. The Premier League is the real
cake but obviously to be the manager of the season is nice."

On taking the Chelsea job:

"If I wanted to
have an easy job I would have stayed at Porto. Beautiful blue chair, the
UEFA Champions League trophy, God, and after God, me.”

On Mourinho’s Porto beating Manchester United in the Champions League:


"I understand why he (Alex Ferguson) is a bit emotional. He has some of
the top players in the world and they should be doing a lot better than
that.

“You would be sad if your team gets as clearly dominated by opponents who have been built on 10% of the budget."

On
winning the Europa League (and another dig at Benitez, who achieved the
feat with Chelsea before Mourinho’s return to Stamford Bridge):


"Omelettes, eggs. No eggs, no omelettes. And it depends on the quality
of the eggs in the supermarket. They are class one, two or three and
some are more expensive than others and some give you better omelettes.
When the class one eggs are not available you have a problem."

On his rivalry with former Barcelona manager Frank Rijkaard:

“My history as a manager cannot be compared with Frank Rijkaard’s history. He has zero trophies and I have a lot of them.”