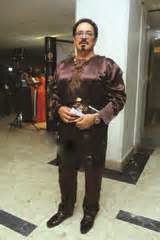 
Known mostly as an accomplished musician, Tee Mac has deep interest
in business, especially solid minerals. Born in Lagos, as
Omatshola Iseli and made famous in Switzerland as Tee
Mac, the tall, fair, flutist has over the years lived a
life of a class apart from the rest.


Over lunch at a top five star
restaurant overlooking the waterfront in Lagos Island,
this writer tried to explore the puzzle in the life and
work of the man who though blessed with a Swiss citizenship,
remains very proud to be identified as a Nigerian. The popular
entertainer who became a successful businessman – a man
whose contemporaries hallucinate to be like – enjoys
work of art.

For the several young Nigerians hoping to take music as their major
career, a peep into Tee Mac’s life must definitely inspire
and instruct them that a future without sound educational
background is nothing but a bleak one. He is not jus an
internationally rated musician; he has a sound
educational background.


Asked to elaborate on it, he delved into his bio detail. Hear him:
“I was born on 17th of May in Lagos, by a Nigerian mother,
Suzanne Gray Fregene-an Itsekiri and a Swiss father,
Theo Manfred Iseli, who had come to Nigeria as a
diplomat in 1946. “Five years later, my dad who became a
successful business man in Nigeria was assassinated on
21st of January 1951 in his office on Martin Street,
Lagos. My mother got so disillusioned and had no alternative
but to send me and my two sisters, Herta and Rita to Switzerland
where my uncle J.J. Direndirger welcomed us with both
arms. He gave us the best money could buy in the world.


“Growing up in Switzerland, I had attended Rudolf Steiner
Schule, Primary and Secondary, passed my Matura (A level) at the
Burgholf School in St. Gallen and went to study Economics
at the prestigious University of St. Gallen (Hendels Hoch
Schule). At the same time I studied classical music
having started to play the flute at the age of seven and mastered the flute in 1969”.


Tee Mac also told Sunday Sun he has degrees in Concert Music and
Philharmonic Composition. To this, he paid homage to J.J.
Derendirger, his uncle and benefactor whom he said:
“spared nothing to give us the best education money can buy. He always say to me, you can lose all your millions, you can lose your wife or husband,
home and properties, but you cannot lose your education,
which is your defense and weapon. When I look back, I
am grateful to God at Derendirger that I have not just
one, but three degrees. If I stop music today, I can easily take up another vocation with a wave of the hand”.

For Tee Mac, home is home no matter where he goes or what he does.
After his studies, he returned for good in 1970.

“Oh, there is no place like home. But it was a different home
I saw. In the meantime, my mother, Suzanne had remarried and
blessed with three daughters with her husband, Sir
Mobolaji Bank Anthony, who never saw me as a stepson but
as real biological son. He insisted that I take a
proper job, advising against a career in music.

Sir Mobolaji offered me a break to work under him but I refused
the offer. Instead, I opted for another job – manager of the
Nigerian Hardware Industries Limited .It was owned by UTC
which was then a Swiss Corporation,” he said. 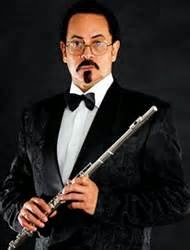 Tee Mac informed that he and his father, Mobolaji Bank Anthony got
along very well in all fronts, except musically. “I never
bought his point that music has no future in Africa, So,
while still with UTC group, I formed my first African
band- Tee Mac and Afro Collection with notable artists
like Laolu Akins on drums, Tunde Kuboye on bass guitar,
Berkley Jones on lead guitar, Johnny Haastrup on
keyboards, Friday Puzzo on congas, Steve Black on vocals and
Lijadu Sisters on vocals. I recall when the world famous drummer
Ginger Baker came to Nigeria and started to jam with Afro
Collection in 1972 at their base on Broad Street, the
Batakokoto. Ginger Baker took over all the musicians and
I left for London where I played for a short while as
stage band leader for Ginger Johnson and his African
Drummers”, he recalled.

Down and out in London

He later went to London. While there, he saw the logic in his dad’s
stand that there is no much money to be made from music.
The city held no promise for him in his drive to make a
lot of money .A year after, he headed back to Zurich,
Switzerland to make real big money and his first
strategy was to take up a plum job with the Bank UBS in
Zurich and play music by the side and run a new band, Tee Mac
United. Hamburg, Germany was to be his next destination to record
his first LP, United with Polydor International.


He and his producer, Kunze recorded a couple of singles under the
name Silver Convention .The name was derived from his
silver flute .Two of his songs became hits: Fly Robin fly
and Get up and Boogie.

After touring the country extensively with his band, Silver Convention,
he opted to be an arranger and conductor for Shirley
Bassey, a notable female performer with Nigerian roots
who he has always admired.

As he puts it “After touring extensively under the name, Silver
Convention with his musicians and after having serious problems
with my producer, manger, I quit and opted to work as
arranger-conductor for a woman I have always admired, the
great Shirley Bassey, who had just released her world
hit songs, Gold Finger and Diamonds are Forever.” With
Bassey, he got exposed to big money and fame.

So wealthy was Tee Mac when he returned to Nigeria that he was labeled
moneybag by friends and associates, for sure the
moneybag, Tee Mac did not let them down when he pumped
his money into record investments.

After a while , Tee Mac headed home , formed a new band, Tee Mac
Collection, bought over and renovated Surulere Club, opened
another club in Yaba , Black Pussycat, toured the whole
of Nigeria and recorded his first TV Series with NTA,
The Tee Mac Show. But the military coup in 1983 in
Nigeria got him angry and made him to relocate to
Hollywood, Los Angeles, where he worked as a composer for Cidi Croft
Enterprise, The Mopet Show and so on.

Unknown to many Nigerians, Tee Mac has always been fascinated by
big business. He is a man that has always mixed music and
business. With a business name, Allied Minerals Limited
registered in 1993, Tee Mac concentrated on mining of
solid minerals and took up leases of zinc, lead, tin and
copper since the year 2001. Being a well known
personality in Nigeria helped him to meet with the people
in government and was introduced to emirs who are the custodians
of mineral rich lands. This enabled him to sign on large tracts of land for his company.


Tee Mac enjoys the challenge of business and spends a lot of time
between his Allied Minerals Limited office in Apapa,
Lagos, and his factory in Jos. Asked what his life in
business has done to him, he was emphatic :“I am
grateful to God that has always giving me insight to
delve in big business deal, my late father, Sir Mobalaji
has always preached on the need to have business sense
and eyes, and am grateful to him that I have always had the two
senses. Today, I see myself as fulfilled man,” he emphasized.

In early 2009,Tee Mac was appointed Nigeria Director of the Motherland
Group, which includes Marlon Jackson of the Jackson 5.
The Motherland Group was allocated 250 hectares of land
in Badagry by the Lagos State Government to build the
Slave Historical Museum, a golf course and Five -star
accommodations. “ We have just successfully completed a
memorandum of understanding with Lagos State government,
and in no time we will b building state of the art structures in
the bustling city of Lagos- from museums, to cinemas to the
golf courses, I think at the end of the day, Motherland
will make Lagos the pride of Africa,” he boasted.


Apart from Motherland, Tee Mac also has his hands in the Fame Corp
projects where 70 super artistes, Nollywood stars and
world’s celebrities are coming together, and buying
shares between 50, 000 naira and a million in Fame Corp
in a bid to rebuild and re-brand Nigeria’s show business
.On December 15th,last year, Tee Mac was elected the
first chairman of Fame Corp Limited. Tee Mac is looking
forward to a successful public offering in 2010 of Fame
Corp to raise the needed 10 billion Naira to enable the corporation
to build Cinema houses and events places in all the local
government areas of the country.

Asked the secret of his youthful look, he said: “I don’t
eat red meat and drink .I live a life of daily exercises-a life
of moderation. I am a strong member of the Eckankar society. I
studied most religion to realize that they all have some
truth. But it’s only in only in studying all of them
that one can realize where the truth is. ECK gave me the
exercises, the literature to understand my relationship
with the creator. I also read wildly, and follow
Nigerian politics a lot as in our music”, he explained.