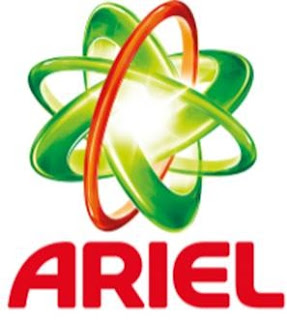 Some men are born great, some achieve greatness and others have greatness  bestowed on them, Wordsmith mogul, William Shakespeare once stated

It is in the great category that we can place men like Former Super Eagles captain, Austin Okocha who was the cynosure of all eyes weekend at the Lagos Lawn Tennis Club, Onikan, when the inaugural edition of the Nigeria Communications Commission (NCC) Tennis Cup was launched amidst pomp and pageantry.
Since retiring from the beautiful game of soccer that brought him unprecedented fortune and fame, the former Bolton and Dortmund midfielder has turned to tennis as his alternative sport to keep fit and more importantly show that there is more than football to his retinue of talents.
Unlike most of his peers who after quitting soccer and have become public recluse because of putting all their eggs in one basket, Okocha, whose business acumen is legendary, has been playing tennis regularly at the Lagos Lawn Tennis Club, where he is even the champion in his age category.
It was this proven prowess on the tennis court that ultimately gave him the right to play the exhibition match to officially launch the historic NCC Tennis Cup, a first of its kind tennis league, where the winning team walks away with a princely sum of N5m.
Although he lost the match, the former PSG maestro showed flashes of brilliance, reminiscent of the great days that he bewitched us with his soccer wizardry on the soccer pitch. He appeared to be in control in the first set but somehow gave up his comfortable lead, allowing his opponent from the NCC to level up and take the set.
Even though he lost, his brilliance on the Lord Rumens Centre Court was not lost on the fans, who hailed him after the game and after the game told us the three secret of his success

''We can get all we want from life if only we can apply the three D OF LIFE: Determination, dedication to duty and  desire to be passionate in whatever we find our hands in, all my life , off and off filed I have put the 3 D to work and it has blessed me with God on my side, I still want more greatness from life'' was JJ'S frank stand to ARIEL secret of success collection 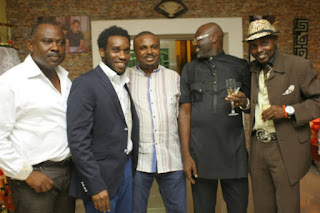 JJ OKOCHA AND FRIENDS AFTER A HARD DAYS EFFORT, IT IS TIME TO UNWIND....